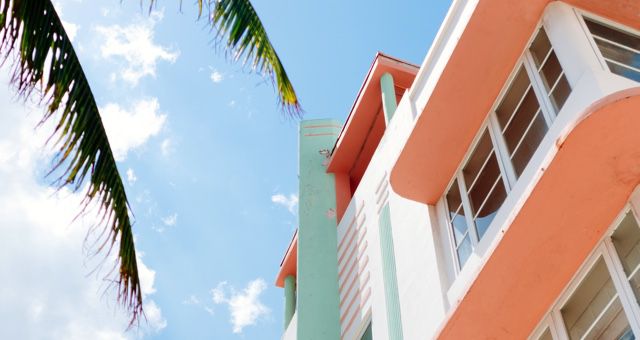 Everybody loves a good road trip. So buckle into your sidecar and let’s tour the country by way of its best crime fiction. I decided to start with Florida for a couple of reasons. For one, no one knows weird shit and mysterious twists like Florida. And, more importantly, I couldn’t wait to talk about the August release of my favorite Florida crime fiction: the fifth book in Alex Segura’s Pete Fernandez series, Miami Midnight. 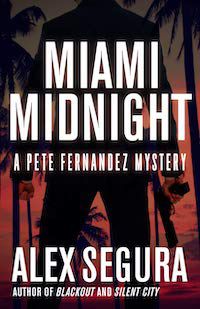 Throughout the series, we’ve followed Pete as he drank his feelings after his father died in Silent City, tried to sober up in the wake of his best friend’s death during Down the Darkest Street, managed to get on the shit list of lethal Cuban gang in Dangerous Ends, and then tied up with a cult leader in Blackout. Oh, and Pete somehow managed to find some lost people and solve a few mysteries during all that. And hardly ever died at all, but not for lack of trying.

So in Miami Midnight, when Pete shows up as a nun-sober bookstore owner doing minor PI work, we know it’s nothing more than quiet before a storm. Even when Pete turns down a Cuban gangster’s job offer, a savvy Segura reader knows to remain calm. Pete Fernandez has tried very diligently to turn down a lot of cases. We know he usually fails in those endeavors.

And before your rum and Coke is even good and stirred, Pete Fernandez is right back in the thick of Miami noir. Alex Segura writes like the embodiment of those badass Miami Heat city jerseys. The ones with the fluorescent pink and blue against the black. If Walter Mosley wrote a season arc for Miami Vice…that.

This series has provided as many twists and turns as you would expect from a comics and podcast writer building a PI universe. And, therefore, these novels are difficult to recap for fear of spoiling. I can say, without tipping any hands, that Pete’s past comes back around in increasingly clever ways. And his ongoing darkness comes to at least some sense of conclusion, but never veers too far from being the fifth installment of a stellar stand-alone mystery. The star of the show, as always, though, is not Pete’s outward conflict, but the inner conflict. Pete Fernandez is the type of gritty detective most crime writers think they’ve written. Alex Segura just does it better than the rest of us.

But my favorite character of Segura’s is probably Miami itself. Like Chandler and Mosley did with Los Angeles, like Denise Mina’s Glasgow or Attica Locke’s East Texas, Segura’s Miami takes center stage and never lets it go. And for this reason, I figured who better to help us start our tour. So I asked Alex to help me share our essential Florida crime fiction.*

*Books set in Florida or written by natives of Florida. 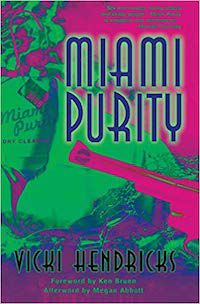 The peak of Miami noir. Hendricks’s sexy, dark, and delectable novel about a troubled laundromat employee dragged into a menacing criminal plot is a master’s thesis in effective, pulsing, unforgettable crime fiction. Her Miami is a sunny, hot place that has long, dark shadows. One of the books I hand to people looking to get into crime fiction. 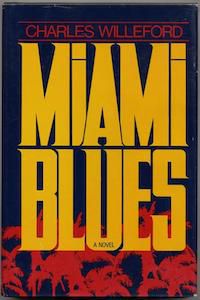 Willeford is a crime fiction legend with a lengthy CV, but for my money, his Hoke Moseley books sit atop the pile. Hoke isn’t your typical steel-jawed hero. He’s lazy, grouchy, prone to drinking too much and not really riding the moral high ground. Pair this offbeat protagonist with Willeford’s all-too-real and all-too-funny look at 1980s Miami and you have the perfect blend for an unforgettable series, one that I reread as comfort food. Start with this one and call me when you’re done with the others. 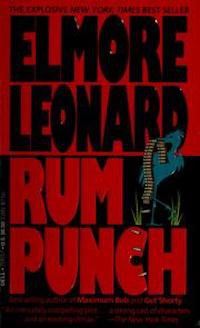 You’re probably familiar with the story behind this book via Quentin Tarantino’s pseudo-adaptation, Jackie Brown—but don’t be fooled into thinking you don’t need to read the book. Leonard’s Florida crime novels are an example of a superstar writer in his prime, mixing pitter-patter dialogue, sharp scene-setting and cutting wit to create a story that melts like butter. 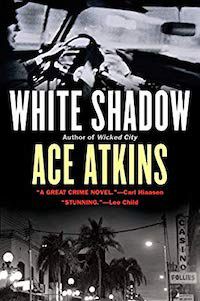 Atkins, for my money, is one of the best writers out there—and deserves more credit than he gets. This book is loaded with things that make my brain buzz—Florida, gangsters, historical fiction and a look at pre-Castro Cuba—and Atkins manages to spin all the plates to create something unique and haunting. More people should talk about this book. 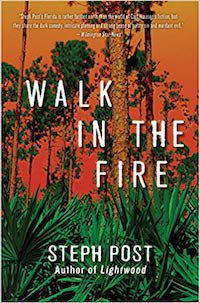 Florida isn’t all big cities and beachside frozen drinks. Case in point: Steph Post’s magnificent Cannon series, which will be concluding next year. The second book in the trilogy, Walk in the Fire, is a doozy, and pulls you into a dark, seedy, dangerously weird North Florida world that even us Miami boys never see. If Pete’s your go-to for Miami crime fiction, the Cannon clan has the north side of the state covered. 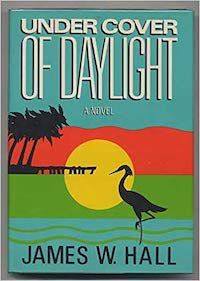 Under Cover of Daylight by James W. Hall

Thorn is the kind of character you meet and feel you’ve been reading for years. The grizzled PI star of Hall’s long-running series, Thorn has a knack for getting into nasty scrapes and dust-ups that take readers all over the state, from Miami to the Florida Panhandle. Hall knows how to play with the tropes of the genre and reading this series was a great tutorial in the way to roll out a series. 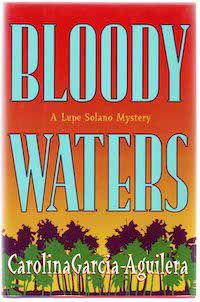 The Lupe Solano books aren’t just spot-on PI novels—they kicked my brain into high gear when I discovered them, just as I was starting to ponder the creation of my own private eye. Lupe, like Pete, is Cuban American, and it was nice to have Pete speed through the door Lupe kicked down. Great, classic crime fiction. 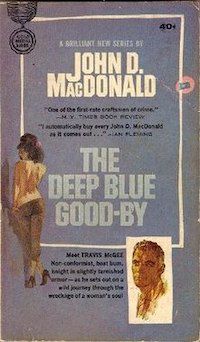 You’ll find this book in many top 10 Florida crime novel lists, and with good reason—it’s a classic, and a jaw-droppingly impressive first installment to a series that holds up pretty well. MacDonald’s Travis McGee is a tainted knight that evokes classic detectives like Marlowe and Archer. He’ll help you find what’s missing as long as he gets a cut of the loot, a system that sometimes proves more troublesome than it’s worth. A tough guy with a heart, you can easily see how many authors have cribbed and copied from the iconic McGee, but few have done it as well.

As suspected, Alex stole pretty much all of my answers. So I’m going to only add a couple of writers not typically mentioned with Florida crime fiction. 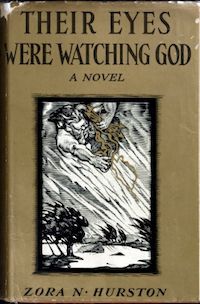 Calm down. I know. But A.) no list of Florida fiction is complete without its queen; and, B.) hear me out. The next time you read this masterpiece (as you should definitely read it multiple times), I want you to think about that third act. I would offer that it is a brilliant piece of crime fiction hidden within one of the greatest novels in American literature. Because, and I’ll let those much more qualified than I break down the why here, but many to most of our greatest American novels have a heavy element of crime and violence within them somewhere. Don’t @ me. 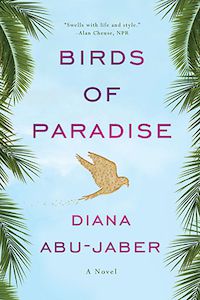 Birds of Paradise by Diana Abu-Jaber

Another book not thought of as crime fiction. And, to be honest, I’m not really arguing that it is. I am, however, making a case that Abu-Jaber masters suspense in a way that all crime writers should study. She’s a bit of a “writer’s writer,” anyway. So I’m really adding this one to the list for any crime writers out there reading. There is no question that this book is dripping with literary merit and delicious food writing. But, in addition to being a wonderful portrait of Miami, this book is a course in utilizing setting for suspense and just building tension in general.

So there you have it. The first installment of crime fiction across America. Alex and I now sit back and wait for the Internet to yell at us about the Florida crime fiction writers we missed. Go ahead. We can take it.