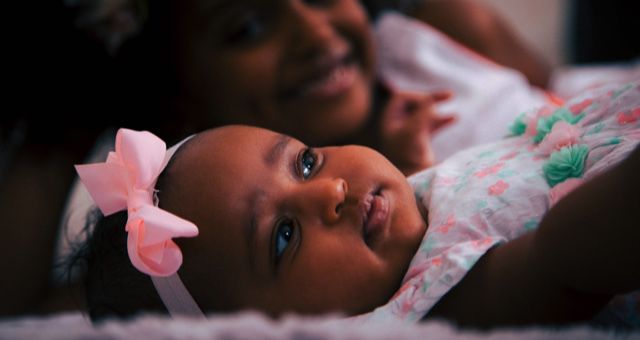 Choosing what to name your baby may be one of the hardest decisions ever. I’m not a parent, but I’m pretty sure I would turn to books for inspiration. There are so many literary baby names to choose from, you could spend weeks browsing books to find the right one. Don’t worry! I’ve collected a huge list of literary baby names, some unique, some classic, all perfect for bookish new parents. 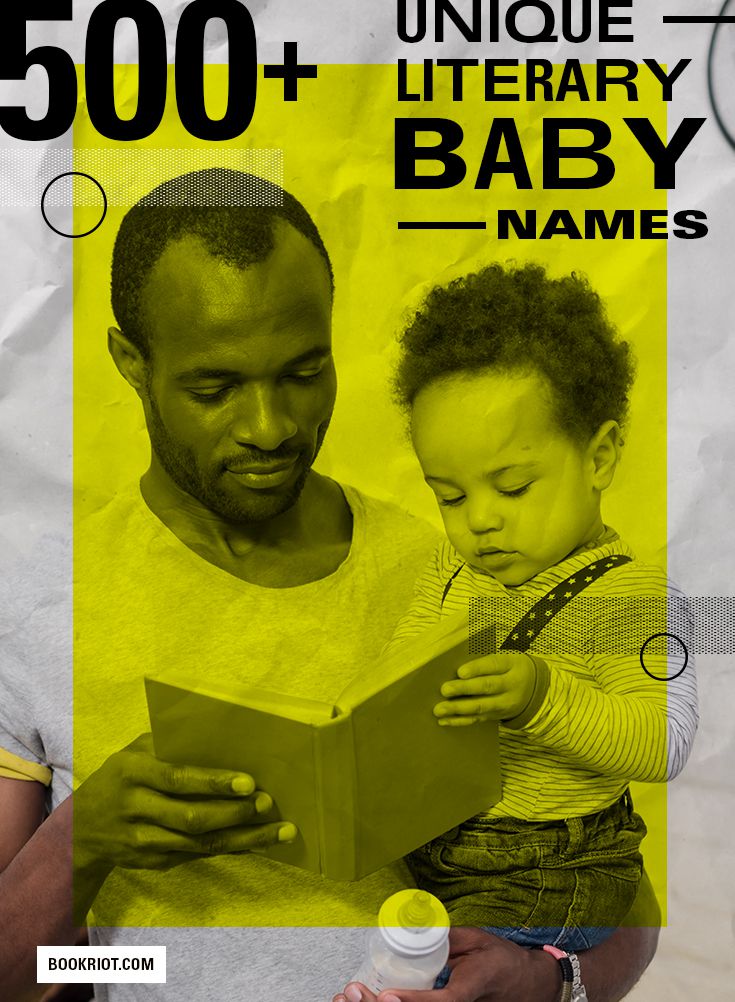 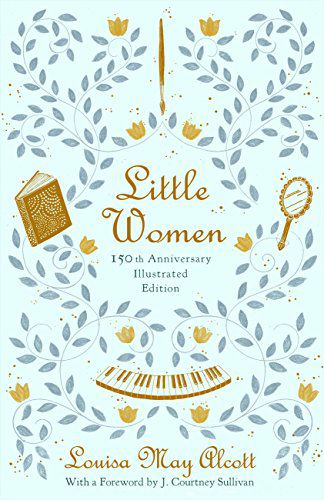 Depending on your favorite March sister, you can choose from Meg (or Margaret), Jo (or Josephine), Beth (or Elizabeth), or Amy. Theodore is a beautiful, old-fashioned name, and that character’s nickname, Laurie, also makes a fine baby name. 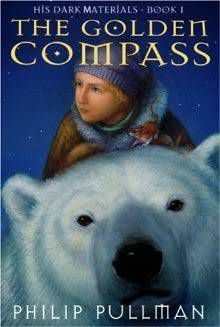 Baby Names from His Dark Materials

Philip Pullman has a gift for names—many of these sound recognizably of our own world and yet unusual, which is perfect for a fantasy series. Lyra is a beautiful baby name. Other interesting options from this series: Iorek, Serafina, Lee, Will (not as interesting, but a classic), Ruta (and her surname, Skadi, which is the name of a Nordic goddess!), Xaphania, Balthamos, Baruch.

Baby Names from the Narnia Books

I’m not suggesting you name a baby Mr. Tumnus (although you do you) and Aslan also seems like a lot to live up to. But there are lots of other interesting baby name ideas in the Narnia series, from the classic British names of Edmund, Lucy, Peter, and Susan to the more unusual: Alambil, Aravis, Caspian, Cor, Gwendolen. 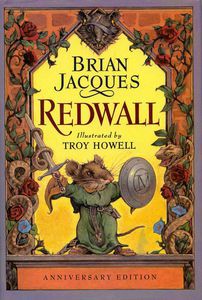 Yes, Brian Jacques’s Redwall series is about a bunch of anthropomorphic talking animals (mainly mice, but also voles, otters, badgers, rats, and rabbits). It’s also a treasure trove of fun names. You’ve got old-fashioned Anglo-Saxon and Biblical names like Matthias, Martin, and Luke. There are some lovely nature-inspired names, too, like Cornflower, Rose, Thyme, Rosemary… And then there are a few more unique names: Arven, Deyna, Mariel, Bryony. 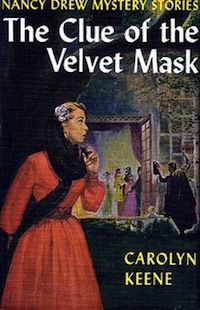 Here are a couple of other favorites from classic children’s literature.

Nancy or Drew (or Bess, for that matter, or why not George for a girl, in honor of Nancy’s best pal George and also George Eliot?)

Ramona, Henry, Beezus or Beatrice (I loved the name Beezus when I was a kid, it was so unusual!)

Matilda, Violet, Veruca, and Charlie, all from Roald Dahl’s books (Veruca and Violet may be little hellions, but their names are pretty!) 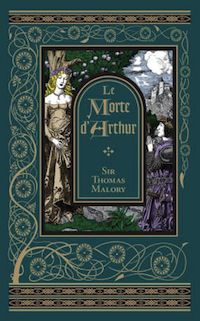 There are so many literary baby names inspired by mythology and fairy tales! Let’s start with Arthurian legend (which you can read all about in Le Morte d’Arthur, if you want to know the story behind the names). There’s Arthur, obviously, but also Guinevere, Lancelot (maybe just Lance?), Percival, Caelia, Elaine, Evaine, Iseult, Lionel, Lynette, Merlin, Morgan (or Morgana), Owain, Tristan, and of course the Lady of the Lake (just kidding on that one).

Moving on to Greek and Roman mythology, we have an endless list of names that tend to sound quite fancy. Here are my favorites, in alphabetical order: Apollo, Artemis, Atlas, Athena, Diana, Gaia, Hera, Hestia, Juno, Nyx, Orion, Phoebe, Rhea, Selene, Theia, Vesta.

Norse mythology is full of inspiration, as long as you don’t mind baby Thor having a lot to live up to (both Chris Hemsworth AND the actual figure of Thor). There’s Odin, associated with death and the pursuit of knowledge, and Frigg, or Frigga, also associated with knowledge. Other good choices include Balder, Freyja, Idun, Loki, and Tyr.

And from European fairytales retold by the Grimm brothers and Charles Perrault, you have some ethereal-feeling options, like Belle, Gretel, Hansel, Rapunzel, Briar (or the full thing, Briar Rose), and even Ella (as in Cinderella). I would avoid Rumpelstiltskin. 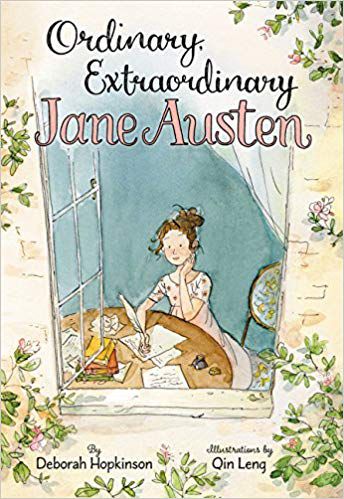 The name Jane tops my list, for one of my favorite authors, Jane Austen. Simple and classic, it will probably stand the test of time. Austen works as a name, too! Or you could go with Cassandra, her sister’s name, as noted in the charming picture book Ordinary, Extraordinary Jane Austen.

Brontë might be a bit much for a wee baby, but the names of the Brontë siblings might inspire you: Anne, Emily, Charlotte, and Branwell. The sisters’ pen names, Currer, Acton, and Ellis, are all strong-sounding names.

Both Toni and Morrison would make adorable baby names and allow you to pay homage to one of the greats. Ditto with Alice and Munro, Ralph and Ellison (okay, Ralph has a slightly dated feel, but Ellison sounds more modern), and Langston and Hughes (well, Hugh).

There are a number of Southern writers who give great name. Carson is a lovely name in honor of Carson McCullers, while Eudora (as in Welty) is a bit more dramatic and Flannery (as in O’Connor) more unique. Harper is quite popular now, but still a solid choice. Both Zora and Neale (as in Hurston) are striking, maybe for a pair of siblings?

What about turning to mystery authors for literary baby names? Agatha is one of those old-fashioned names that seems to be making a comeback. Or there’s Dashiell for Dashiell Hammett. Chandler (as in Raymond Chandler) is a fun choice, too. Other appealing mystery author names: Dorothy, Janet, Louise, Tana, Stephen, Minette, Jacqueline. 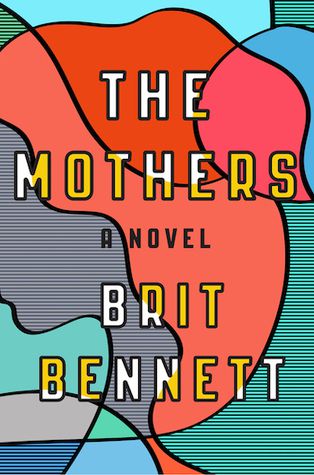 But you can also look to writers living and working today for name inspiration. Brit Bennett, author of The Mothers, has two names that work for all genders. Ditto Zadie Smith. Roxane is a beautiful name and your child would just so happen to share it with Roxane Gay. Mindy (as in Mindy Kaling) is adorable. I recently read Ask Baba Yaga and found that author’s name, Taisia, lovely. Romance author Christina Lauren is actually two authors writing under a pseudonym—but that pseudonym gives you two options for baby names! Speaking of romance authors, why not Jasmine, Beverly, Tessa, Rebekah, or Penny?

And I may yet name something Kate, even if it’s just a plant, after one of my all-time favorites, Kate Atkinson.

As Austen was writing in the late 18th and early 19th century, many of her characters names are fairly average (possibly even dull) by today’s standards. Catherine, Elinor, Isabella, Marianne, Lydia, Maria, and Emma are all quite pretty. As for the male characters, why not Brandon (as in Colonel Brandon), Fitz (as in Fitzwilliam Darcy), Frederick (Captain Wentworth), or Edward (Ferrars)? 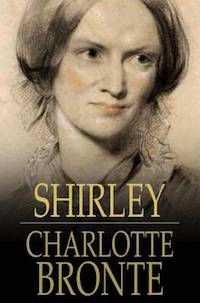 Bless Emily B for giving us the name Heathcliff, which fits the character so perfectly. I might shorten that to Heath if it were my baby. Another unusual choice for a baby of any gender is Shirley. This was originally in common use as a male name, until Charlotte Brontë’s novel Shirley, in which the titular character is a land-owning woman, made it a popular girls’ name. A few more names from Shirley: Caroline, Louis, Robert, Hortense.

Jane and Edward of Jane Eyre have been mentioned above, but there’s always St. John, as long as you’re okay with your child correcting this pronunciation for the rest of their life. (I was 21 years old before I realized it was pronounced “Sinjin”.) Other Brontë names: Agnes, Adele, Annabella, Blanche, Eliza, Eulalie, Fergus, Georgiana, Gilbert, Ginevra, Graham, Lucy, Kenneth, Millicent, Paulina, Sylvie, Zillah.

Names (and nicknames) are important in Toni Morrison’s books, and many are Bible-inspired or are uniquely striking. My favorite is Pecola from The Bluest Eye. Other ideas: Sula, Macon, Sethe, Beloved, Booker, Bride, Golden.

Tolkien was a genius of name inventing. Between The Lord of the Rings and The Hobbit, not to mention all of his other writing, he created (or borrowed from other sources) names for probably hundreds of characters. Some of them are perhaps a little out-there for baby names, so I’ve collected some of my lowkey favorites here.

Shirley Jackson’s We Have Always Lived in the Castle has two eerie, compelling female characters with great names: Merricat (short for Mary Katherine) and Constance. There’s also their uncle’s name, Julian. Meanwhile, in The Haunting of Hill House, we have Theodora and Eleanor. 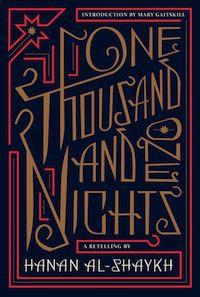 Baby Names from One Thousand and One Nights

The premise of this collection of stories is that Scheherazade tells a story to her husband, the king, every night to keep herself alive for another day. Naturally there are some great names (along with cliffhangers!) in the tales she tells. For starters, there’s her name, Scheherazade, which would be nicknamed in a few unusual ways: Zade, Hera, Schera, even Sara. As for the rest of the characters, here’s a list: Ahmed, Aladdin, Ali, Duban, Hussain, Morgiana, Sinbad, Zeyn.

Charles Dickens is another author who clearly had fun making up names. I mean, Ebenezer Scrooge? Many of his names feel a bit too much like caricatures to truly work in a modern context, but here’s a selection of more neutral-sounding names for inspiration. 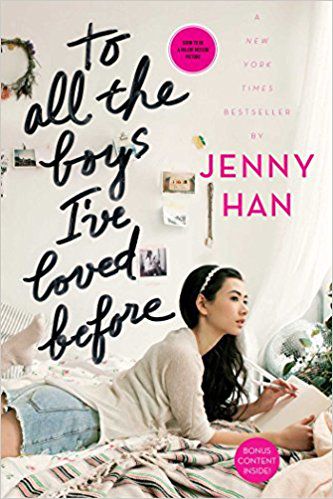 I’m partial to Lara Jean and Margot from Jenny Han’s To All the Boys I Loved Before and sequels, as well as Willowdean (or Willow and Dean, separately) and Bo from Dumplin’. Sarah Dessen’s characters also have unique names that might serve as inspiration, including Annabel, Auden, Clarke, Dexter, Emaline, Gwendolyn, Halley, Haven, Macy, Noah, Opal, Owen, Remy, Ruby, Scarlett, Wes.

Ibi Zoboi riffs on character names from Pride and Prejudice to fun effect in her novel Pride, if you’re looking for something with a bit of a twist. Sisters Janae and Zuri come from a family with Afro-Latino roots. The Darcy and Bingley characters are named Darius and Ainsley, respectively.

Baby Names from A Song of Ice and Fire

You might want to stay away from Cersei and Daenerys, but how about naming your baby after one of the other badass female characters like Brienne, Sansa, Catelyn, Missandei, or Yara (Asha in the book series)? I know we’re going to get a lot of baby Aryas after what happened in season 8 of the show. Talisa is also a pretty name, although not original to the book series.

Everyone else in this series is kind of murderous, which may be a bit much for a baby name. The least-murdery options include Bran, Samwell (or just Sam)…and that’s really it, I think. Jon is about as basic (classic?) as you can get, just like his character. 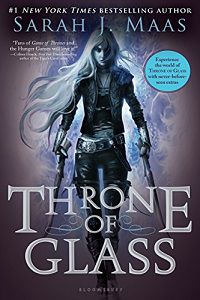 And there are even more options from the Court of Thorns and Roses series: Cassian, Azriel, Elain, Feyre, Ianthe, Lucien, Morrigan, Nesta, Rhysand (or Rhys), Tamlin, Viviane. 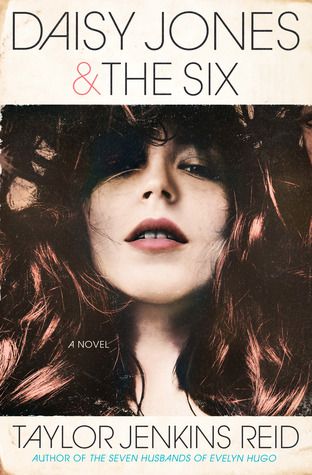 From Elena Ferrante’s Neapolitan novels, we have the following: Elena (or Lenu), Raffaella (or Lila or Lina), Carmela, Stefano, Donato, Nino, Marisa, and Nella.

Taylor Jenkins Reid’s Daisy Jones & the Six, which came out this year, also had some unique baby name ideas, including Daisy, but also Camila, Simone, and Billy.

American War by Omar El Akkad is set in a near future after climate change has wreaked havoc on the southern United States, and it features several familiar-but-uncommon names. Sarat, the main character, is fascinating. Other names from the book include Marina, Simon, Karina, Yousef, and Dana.

Finally, I think you could also find some baby name ideas in the Crazy Rich Asians series. Araminta is my favorite from the series, but there’s also Rachel, Kitty, Astrid, Bernard, Alistair, Colin, and Fiona.

And now we have Shakespeare! An endless source of literary baby name inspiration. Many of Shakespeare’s plays are set in Italy, a country that historians are pretty sure he never visited. This may explain how exaggerated they are—they’re a 15th century English man’s version of Italian names. But many are quite beautiful and worthy of baby name consideration! Shakespeare also wrote plays based on history and myth, so some of these names will seem familiar from other sources.

Looking for more baby-related inspiration? Here’s a list of board books for new babies and picture books for new parents, plus some advice about how to throw a bookish baby shower.