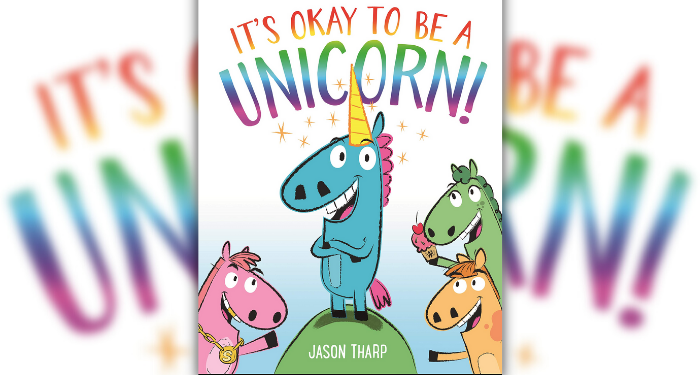 Jason Tharp is a picture book author who was brought in for a visit to an elementary school in Buckeye Valley School District in Ohio. Over the phone, though, the school principal told him not to read from his book It’s Okay To Be a Unicorn! after a parent complained. The book is about feeling different and accepting others for who they are.

Tharp later found out that because there was a rainbow on the front cover, the parent had assumed the book had LGBTQ content — they hadn’t actually read or even opened the book. Later, Tharp received an email that also asked that he not read from his book It’s Okay To Smell Good!

The incident sparked a school district emergency meeting, where all the parents who attended argued in favor of the book. The district claimed that the book was never banned, which Tharp (and the teacher who was told to take down student art) deny.

“I never in a million years thought I’d have to defend a unicorn book,” Tharp said.

The district’s interim superintendent said the district “just wanted to make sure that we vetted the book.” There has been no conclusion offered by the district of whether the book is allowed in schools again.

You can find out more about this story, including two local news reports, at Huffington Post.