The clusterfuck of Trump’s first few weeks as president have inspired progressive activism like most of us haven’t seen in recent history. And for many of us that haven’t been particularly politically active in the past, this wave of inspiration has come with confusion. We want to call our elected officials, we want to do as much good as possible, but there are gaps in our knowledge base about government, politics, and law. Unfortunately, many of us had lackluster civics classes in high school (or if you’re like me, you zoned out through most of your government classes) or just don’t remember the nitty gritty details anymore.

So what can we do? Let’s start from the beginning. 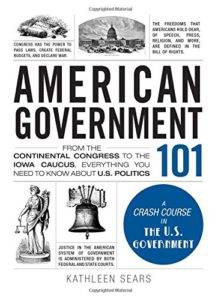 Without reverting to a dry high school textbook, I recommend American Government 101 to get a really base knowledge level about the structure of local, state, and federal governments, an explanation of the Constitution and Bill of Rights, the electoral college, how the private sector influences politics, how legislation gets created, the role of the Cabinet and federal agencies, the differences between the House and Senate, and ways to get involved, just for starters. If you have questions about the fundamental way things are supposed to work, this is the best place to start. 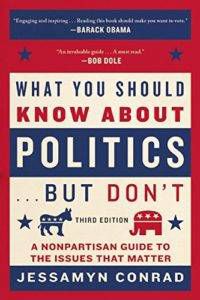 Next, brush up on the issues of the day (or as close as possible, since the issues that matter seem to be ever-shifting) with What You Should Know About Politics . . . But Don’t: A Nonpartisan Guide to the Issues That Matter. The newest edition from May 2016 breaks down perennial political issues, including LGBTQ+ rights, women’s rights, Obamacare, foreign policy, income inequality, and immigration, and presents them with a clear unbiased breakdown of the facts and where each side stands. This is a particularly good resource in light of the “fake news” problems that plagued this election.

Another option is Politics From A to Z, but it was published in October 2015 so its take on these issues doesn’t reflect the most up-to-date information. Its definitely still a good primer though. 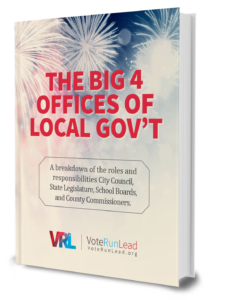 Because many people are interested in local politics in particular (and are possibly considering running for office), understanding what exactly local governments do is going to be really important for not only those that want to get directly involved, but for all of us who arbitrarily check boxes in the voting booth because we haven’t bothered looking into city council or school board candidates. VoteRunLead, a nonprofit that trains women for political leadership and helps them start grassroots campaigns, has published an ebook explaining the Big 4 of local government: city councils, county offices, state legislatures, and school boards. 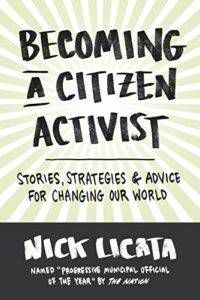 And lastly, Becoming a Citizen Activist will wrap up all that new knowledge and tell you how to get to work on all levels of government, touching on real-life instructions for engaging your fellow citizens, communicating with politicians, and using the right tools to reach the right people.

What other books do you recommend for brushing up on your American civics education?