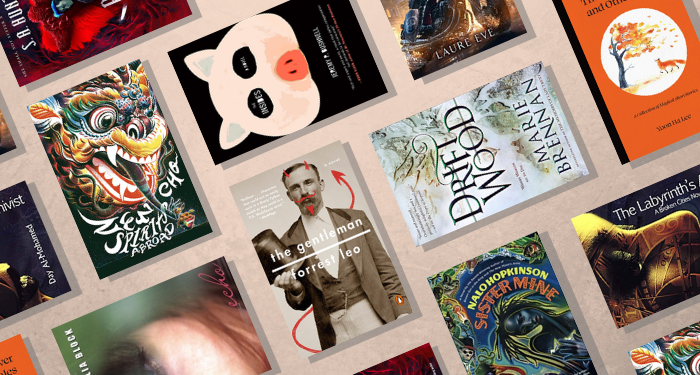 Reader, beware! If you’ve been reading in a genre long enough, it’s easy to convince yourself you know every book in it that’s worth knowing — which is exactly why I’ve put together this list of the best fantasy books you’ve never heard of. Every book listed below — except one — has been on store shelves for at least a year, and many much, much longer than that. But with fewer than 500 Goodreads reviews each, these titles are unsung gems, waiting for new readers to discover them.

The mere mention of fantasy conjures images of dragons, knights, elves, and magic spells. There’s a lot more to speculative fiction than that, however. To that end, I’ve picked books from across the genre, including epic fantasy quests, urban fantasy adventures, and tales that blur the line between fantasy and science fiction. In addition, this selection spans more than 40 years of fantasy publishing and represents a broad spectrum of cultures — from Viking Norway to the contemporary Chinese diaspora.

This is all to say that, no matter how wide your reading net has been cast, you’ll likely find something new-to-you to love here. Keep scrolling to find some new names for your bookshelf, and a few titles from fan-favorite fantasy authors to boot. 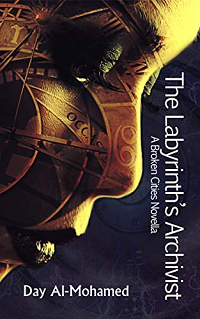 The Labyrinth’s Archivist by Day Al-Mohamed

Born with perfect recall, Azulea comes from a long line of Archivists: men and women who record the myriad hallways and fantastic stories of the Labyrinth. She remembers every story she’s ever been told. But, shut out of the Archivists’ cartography practice because she is blind, Azulea is barred from continuing her family’s traditions. When someone begins murdering Archivists, however, Azulea’s gift of recall may be the only thing capable of keeping history alive. 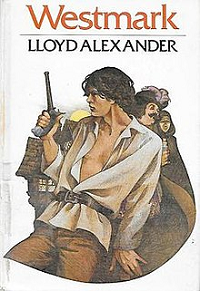 Although he’s best known for his Chronicles of Prydain and Time Cat, Lloyd Alexander’s Westmark Trilogy is well worth readers’ time and attention. The story here centers on Theo: a printer’s apprentice who takes a publishing job from a traveling con artist, only to find himself on the run from the authorities…and working in the mountebank’s show. 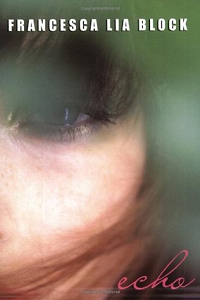 First published in 2001, this YA novel from Weetzie Bat author Francesca Lia Block has spent more than 20 years out of the spotlight. This lyrical offering sprinkles fairy dust and dragon scales over the gritty L.A. of the late 20th century, and introduces readers to the eponymous Echo: a half-angel struggling to make sense of her place in the world. 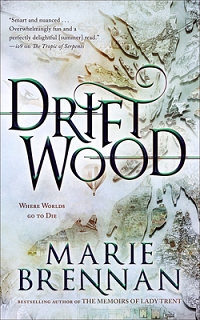 Driftwood is the place where worlds go to die. When new worlds float through the fog to join the patchwork island, they push earlier arrivals closer to the all-consuming maw at its center. Everyone in Driftwood dies. Everyone, that is, except for Last: the tragic, romantic figure whose disappearance is the catalyst for Marie Brennan’s 2020 novel. 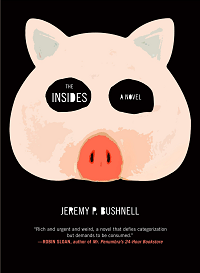 The Insides by Jeremy P. Bushnell

A master butcher at one of NYC’s hottest restaurants, Ollie’s living a life far removed from her gritty origins as a street magician. She thought she’d given magic up a long time ago, but that was before she began to suspect her arch rival and business partner owed his skill to a magical artifact. Tracking down the origins of Guychardson’s favorite knife puts Ollie square in the crosshairs of a deadly duo of treasure-hunters. 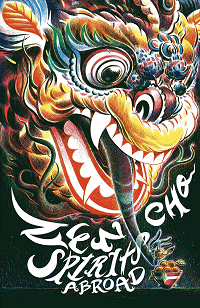 First published in 2014, Zen Cho’s Spirits Abroad got an all-new edition in Summer 2021. This collection of stories inspired by Chinese folklore still hasn’t gotten the attention it deserves, however. Featuring nine tales not featured in the original — and out-of-print — edition, this must-read will delight longtime Cho fans and newcomers alike. 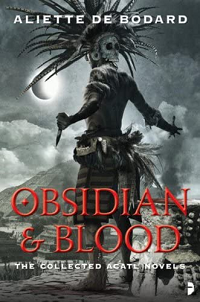 Obsidian and Blood collects Aliette de Bodard’s Acatl Trilogy — Servant of the Underworld, Harbinger of the Storm, and Master of the House of Darts — in a single volume. The series centers on Acatl, an Aztec priest, who is called on to investigate the disappearance and possible murder of a priestess: a case in which his own brother is the prime suspect. 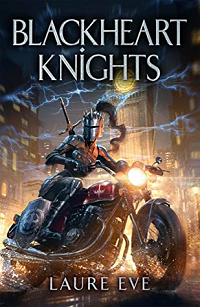 Want to read a queer Arthurian retelling with a gritty modern setting? Look no further than Laure Eve’s Blackheart Knights. This is the only novel on this list that’s less than a year old at the time of this writing, but given that Samantha Shannon dubbed it “the coolest thing you’ll read this year,” I think you’ll agree it’s earned its place here. 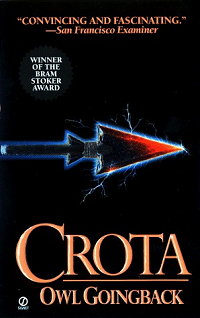 In this late ’90s horror-fantasy, Hawk, a Native American game warden, is called up to investigate a series of “bear attacks” in rural Missouri. A trained shaman, he quickly discovers that something much more dangerous is at play. An ancient entity, Crota, has escaped its prison, and it’s up to Hawk and a handpicked team of hunters to take it down, once and for all. 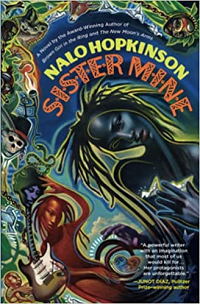 From the author of Falling in Love with Hominids and Midnight Robber, Sister Mine tells the story of Abby and Makeda: the conjoined twin daughters of a demigod and a mortal woman. Born without her father’s magic, Makeda has always felt like an outsider among his people. Now, separated from Abby, she’s prepared to make her own way in the world. That is, until her father disappears, and a reunion between Makeda and Abby may be the only way to save him. 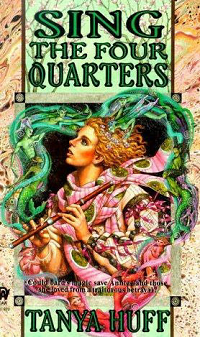 Best known for urban fantasy novels like Blood Price and Smoke and Shadows, Tanya Huff published this quartet in the mid-to-late 1990s. The series-starter, Sing the Four Quarters, follows Annice, a princess who relinquished her claim to the throne to pursue a magical education at the Bardic Hall. But when her relationship with a nobleman results in a forbidden pregnancy, Annice is pulled into a winding court intrigue designed to frame her lover for treason. 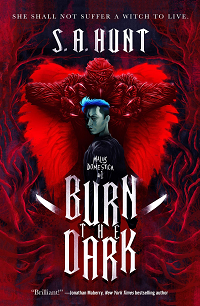 Burn the Dark by S.A. Hunt

Originally independently published in 2015, S.A. Hunt’s Burn the Dark was published in a new edition from Tor Books in 2020. The trilogy centers on Robin, a YouTuber famous for her witch-hunting video series. What none of her fans realize is that Robin’s videos aren’t made up for internet fame. She’s a bona fide witch-hunter, and she’s going after the coven that hurt her mom. 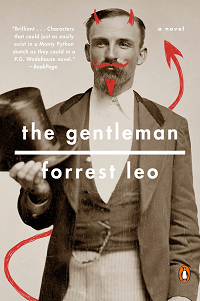 The Gentleman by Forrest Leo

A destitute poet, Lionel only married Vivien for her money, a fact that has only become clearer with each passing year. After he befriends the Devil at a party, Lionel discovers that his wife is missing, and, perhaps more importantly, that he misses her. Aided by a cast of plucky characters, including his convention-flouting younger sister, Lionel sets out to recover his wife from the Devil’s clutches. 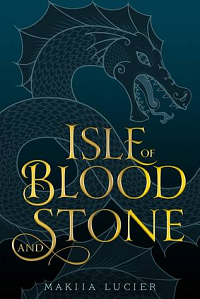 Isle of Blood and Stone by Makiia Lucier

Makiia Lucier may have scored a breakout hit with 2021’s Year of the Reaper, but her 2018 novel deserves your attention, too. In Isle of Blood and Stone, readers meet Elias: a cartographer tasked with solving a royal mystery in the wake of his best friend’s coronation. Nearly 20 years ago, the kingdom’s two princes disappeared, along with Elias’s father. Now, Elias has two maps that may or may not have been made by his father, a pair of princes who may or may not be dead, and one huge riddle to solve. 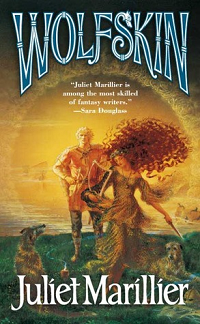 Separated after their lives take very different paths, childhood best friends Eyvind and Somerled reunite when Eyvind’s older brother leads their people to found a new settlement on a distant shore. But when a series of tragedies follow them to their new home, Eyvind begins to suspect his old friend is somehow responsible. 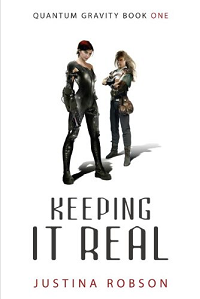 Keeping It Real by Justina Robson

The Quantum Bomb opened the gates between the worlds of men, elves, elementals, and demons. In the tentatively peaceful aftermath, Lila, a cyborg bodyguard, must protect an elfin rocker from those who wish to do him harm…and maybe stop a war between worlds in the process. 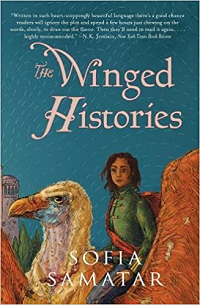 Set in the same world as A Stranger in Olondria, The Winged Histories follows Tav, an idealistic, highborn runaway who joins the army as her country goes to war. When she realizes that her own family may be responsible for a grave injustice, Tav recruits her cousin to fight the good fight. She’s one of four very different female narrators whose stories come together to tell the tale of Olondria’s civil war in this 2016 novel. 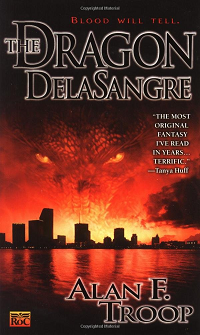 If you’re looking for pulpy urban fantasy with plenty of sex, gore, and monsterloving, stop here. A shapeshifter who masquerades as human, Peter is one of the world’s last remaining dragons. He never expected to marry, but everything changes when he finds a young female dragon in heat. Their passionate honeymoon quickly goes south when someone recognizes his bride’s wedding present: a gold necklace belonging to the human woman he recently murdered. 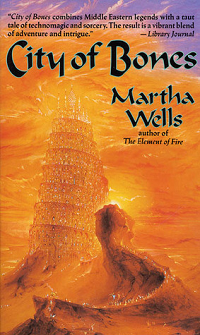 City of Bones by Martha Wells

One thousand years after magic turned the world into a massive desert, someone wants to dabble in it again. Based out of the economically stratified city of Charisat, relic-hunter Khat’s latest job is to hunt down an ancient device that everyone seems to want. In the wrong hands, it could bring about the end of the world. But with his list of allies growing thin, can Khat manage to save the world and his own hide? 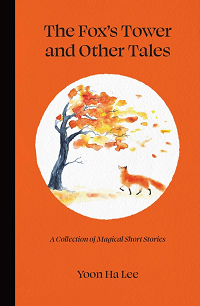 First published in 2015 and rereleased in 2021, Yoon Ha Lee’s The Fox’s Tower contains 25 flash fiction stories from the Phoenix Extravagant author. Between these bright covers, readers can look forward to queer stories told with a heavy dose of fabulism. (It’s also chock-full of amazing art, if that’s your thing.)

Want more under-the-radar reads? Check out this list of must-read horror books you’ve never heard of and these overlooked SFF books from 2020.