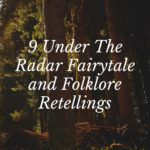 It seems like there’s a new fairytale or folktale retelling every week, and as someone obsessed with folklore, I want to read them all. But because there are so many, it’s easy to miss out on the good ones. I looked over my reading history and found my favorite under-the-radar fairytale and folktale retellings with less than 500 ratings on Goodreads. I wish more people would read these books. They’re beautiful, lyrical, strange, and mesmerizing, just like fairytales. Most of these are short story collections—which typically have fewer readers than novels. Because fairytales and folktales originated as shorter tales, it makes complete sense to honor that format by retelling them as short stories. I’ve also included some nonfiction and poetry collections. Enjoy! 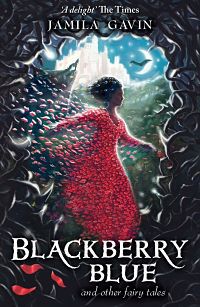 Blackberry Blue: And Other Fairy Tales by Jamila Gavin

This is a lovely collection of six fairytale short stories for middle graders. These stories feel like tales from the Grimm brothers or Hans Christian Andersen, but the characters are diverse and gender stereotypes abandoned. The collection could also be a read-aloud for younger children, though some of the stories are quite dark and scary—like older fairytales often were—so if your child scares easy this won’t be the best choice. Each story has beautiful illustrations by Richard Collingridge. 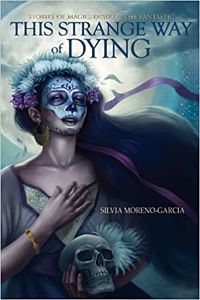 This Strange Way of Dying: Stories of Magic, Desire and the Fantastic by Silvia Moreno-Garcia

Before writing novels, Silvia Moreno-Garcia wrote short stories. This Strange Way of Dying collects 15 of her short stories, all based on Mexican folklore and spanning multiple speculative genres—science fiction, horror, fantasy, and magical realism. In “Cemetery Man,” a zombie soldadera tries to escape her mad scientist maker during the Mexican Revolution. Based on Mayan folklore, “This Strange Way of Dying” is a love story with Death. Jaguar women and vampire journalists also make their appearances. Much like her novels, these stories are lyrical and emotional. 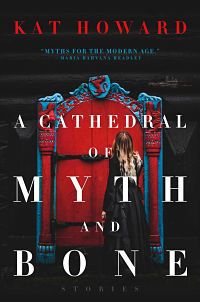 A Cathedral of Myth and Bone by Kat Howard

The 16 short stories in this collection are steeped in Catholicism, fairytales, and female empowerment. The novelette “Once, Future” retells Arthurian legend on a college campus from Morgan le Fay’s perspective. In the short story “The Saint of the Sidewalks,” a woman prays to the saint of the sidewalks for help and becomes a saint herself. A unicorn finds a maiden that can protect her (“Maiden, Hunter, Beast”) and pilgrims visit witches who listen to bones (“The Speaking Bone”). I love Kat Howard’s fairytales, and I also highly recommend reading her fairytale novel Roses and Rot, if you haven’t already. 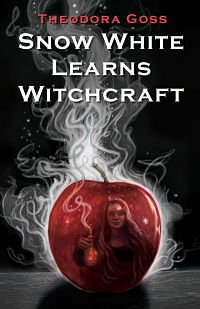 Theodora Goss is a fairytale scholar and novelist who’s won multiple awards for her fairytale short stories and poems. This collection contains eight of her short stories and 23 of her poems, and they’re all gorgeous and complex. In “Red as Blood and White as Bone,” a kitchen maid dreams of fairytales, but when a woman appears naked at the kitchen door, Klara’s fulfillment of what she believes to be a fairytale has bloody consequences. The narrative poem “Rose Child” tells of a miniature child born in a woman’s garden and their relationship. If you enjoy Naomi Novik, Catherynne M. Valente, and Robin McKinley, you’ll love these. 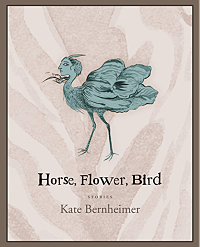 This collection is perfectly rendered but, that being said, it won’t appeal to everyone. Bernheimer writes strange and evocative mini fairytales that also read as prose poems. Each is only 1–2 paragraphs long, sparse yet beautiful, with minimal development. The tales serve as micro character vignettes and are better read altogether than individually. 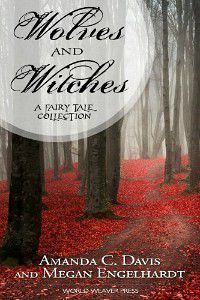 Wolves and Witches by Amanda C. Davis and Megan Engelhardt

Sisters Amanda C. Davis and Megan Engelhardt compile 16 of their fractured fairytale stories and poems in this collection. In “Questing for Princesses” by Davis, a prince thinks it’s kind of ridiculous to go to all this trouble just to marry a princess. Hansel and Gretel’s stepmother tells her story in “A Mouth to Speak the Coming Home” by Engelhardt. Often, Davis and Engelbert retell the same fairytale in entirely different ways back to back. Davis’s darker retellings are perfectly complimented by Engelhardt’s lighter, though no less complex, versions. 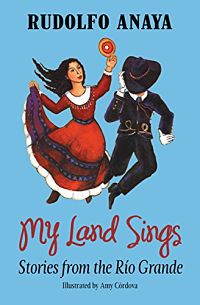 My Land Sings by Rudolfo Anaya

If you’ve read Rudolfo Anaya’s most famous work, Bless Me, Ultima, then you know his fiction employs Hispanic and Indigenous folklore. The ten stories in My Land Sings all take place in New Mexico. His “La Llorona” retelling is the perfect Halloween read, and the Virgin Mary appears in several of the stories. The collection won the Tomás Rivera Mexican American Children’s Book Award in 2000, and they’re excellent reads for all ages. 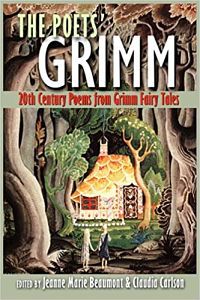 This collection of contemporary fairytale poems got me back into writing my own poems. More than 100 poems are collected in this anthology. Authors include Neil Gaiman, Margaret Atwood, Olga Broumas, Terri Windling, and so many more. Readers who normally don’t read poetry will find just as much to enjoy as those who do. This is a really delightful, inventive collection. 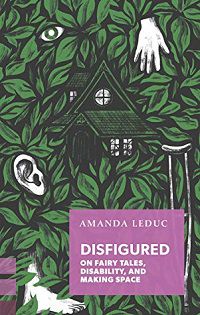 Though not a retelling, Disfigured is essential reading for anyone who loves fairytales. Amanda Leduc entwines her memoir of having cerebral palsy with an analysis of disabled representation in fairytales, and how the stories we tell about disability frame disabled people as objects of pity, villains, and/or things to be fixed. While retellings often subvert the originals, they rarely tackle disability in non-stereotyped ways. I wrote more about this book and disability in fairytale retellings here.

Want even more fairytale and folklore recommendations? Check out these lists: