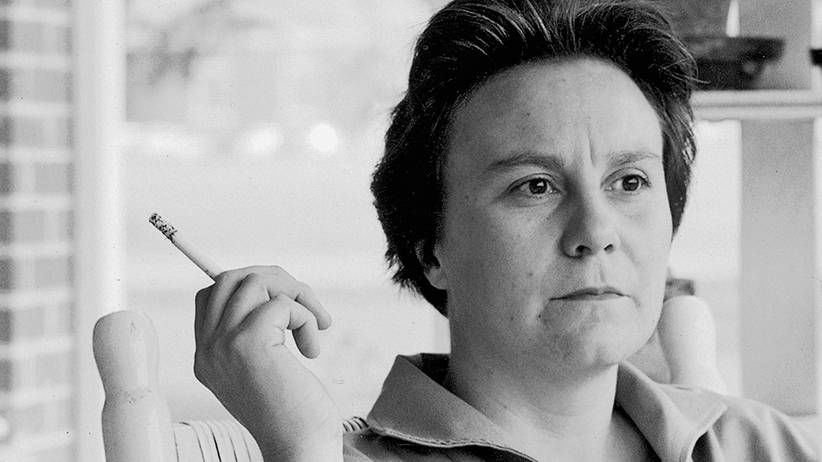 Yesterday, the news that a new Harper Lee novel is coming out in July rocked the book world. The carefully worded AP story about Go Set a Watchman is so packed with bombshells that the only way for me to really get my head around it is to take it piece by piece. Below, I am going to highlight specific parts of what we know and then try to make some sense about what we are seeing here. (All indented quotations are from the AP story unless otherwise noted)

Publisher Harper announced Tuesday that “Go Set a Watchman,” a novel the Pulitzer Prize-winning author completed in the 1950s and put aside, will be released July 14.

Ok, so first the title. The phrase rang a bell for me, and it turns out it is from Isaiah: “For thus hath the Lord said unto me, Go, set a watchman, let him declare what he seeth.” Let’s put a pin in this for now and come back to it.

The publisher plans a first printing of 2 million copies.

We all know this is going to sell a ton of books. But to put that 2 million copies in perspective, that is twice as many copies as the best-selling adult fiction title of 2014 (Gone Girl in paperback) and 3.5 times as many as the best-selling adult hardcover of 2014 (John Grisham’s Gray Mountain). And that’s just a first printing. It’s also worth noting that To Kill A Mockingbird still sells more than 350,000 copies a year. Incredible.

“In the mid-1950s, I completed a novel called `Go Set a Watchman,'” the 88-year-old Lee said in a statement issued by Harper. “It features the character known as Scout as an adult woman, and I thought it a pretty decent effort. My editor, who was taken by the flashbacks to Scout’s childhood, persuaded me to write a novel (what became `To Kill a Mockingbird’) from the point of view of the young Scout.

So much here. First, To Kill a Mockingbird came out of editor’s notes on the manuscript of Go Set a Watchman. I don’t think we knew this before (and damn good call, editor). Second, Go Set a Watchman features an adult Scout. This is the stuff of book nerd dreams. Third, this statement from Lee was issued by Harper (the publisher Harper, not Lee herself). Lee’s approval in publishing the book seems clear from this article, but rumors have swirled that Lee herself isn’t necessarily in a condition to make statements like this. This article gives the best overview I have seen of the problems coming out of the Lee estate recently. This certainly gives me pause about how much Lee really is participating here. On the other hand, Harper Lee’s editor says everything is kosher here, even though he hasn’t spoken to her about it and didn’t hear about the new book until a couple of days ago. I mean….ok I guess? Anyway, let’s proceed.

I hadn’t realized it (the original book) had survived, so was surprised and delighted when my dear friend and lawyer Tonja Carter discovered it. After much thought and hesitation, I shared it with a handful of people I trust and was pleased to hear that they considered it worthy of publication.

So the story goes that Lee wrote this book, took the advice of her editor to focus on young Scout, misplaced the manuscript for the first book, and now it is found. And that lawyer/friend who even by these accounts was rummaging around Lee’s stuff? Yeah, she seems to control the Lee estate at this point, after Harper’s sister Alice recently died. The timing here is…fortuitous.

According to publisher Harper, Carter came upon the manuscript at a “secure location where it had been affixed to an original typescript of `To Kill a Mockingbird.'”

“Secure location?” Like Area 51? Such strange word choice. I guess this is to determine provenance?

“Scout (Jean Louise Finch) has returned to Maycomb from New York to visit her father, Atticus,” the publisher’s announcement reads. “She is forced to grapple with issues both personal and political as she tries to understand her father’s attitude toward society, and her own feelings about the place where she was born and spent her childhood.”

So Lee’s original vision was Scout looking back at her childhood and her father. Very interesting. That “tries to understand her father’s attitude toward society” suggests that in the years after To Kill A Mockingbird, Scout’s vision of Atticus becomes more complicated. This is all sounding very compelling.

Lee’s publisher said the author is unlikely to do any publicity for the book.

Translation: we aren’t going to hear word one from Lee.

Reading in many ways like a sequel to Harper Lee’s classic novel, it is a compelling and ultimately moving narrative about a father and a daughter’s relationship, and the life of a small Alabama town living through the racial tensions of the 1950s.”

This is from the publisher, Jonathan Burnham. “In many ways” like a sequel is not the same as “sequel,” but I am not sure what to make of that. Any book with an older Scout Finch in it has to be considered a sequel, doesn’t it? In what ways does it not read like a sequel? Odd.

And that’s really all we know at this point. Which leaves more than a few questions, including:

1. What does the title mean?

If it does have anything do with that passage from Isaiah, it will be about witnessing. Could be Scout serving as witness to Atticus, Atticus serving as witness to the injustice of their town, or perhaps even both. My guess is that Atticus becomes a kind of biblical figure, complicated and righteous.

Boy, I hope so. But the only evidence we really have is To Kill a Mockingbird itself, the appeal of which is singular in American letters. It would be difficult to imagine Go Set a Watchman to be just as beloved as To Kill a Mockingbird, since literally nothing is. And the track record of abandoned/lost/incomplete manuscripts that eventually get published way after the fact is not great. I would expect it be very good but just a shadow of Lee’s masterpiece. I would love to be wrong, though.

3. How icky do we feel about the circumstances of the release?

On a scale of 1 to 10 with 1 being Lee’s full-throated 100% attributable consent and 10 being the shadiest of shady dealings on behalf of the people around her, I give it a…..dammit. I wish I could give a vigorous defense of this or a heartfelt attack. I just don’t know what we are dealing with. Is the story we are being given possible? Absolutely. Is it weird that Alice Lee recently died and that Harper herself has actively avoided public life for 50 years? More than weird. Whatever the truth is, I think it is probably beyond our understanding and that there is much more going on than either a worst case or a best case scenario. If you want to go into reading this book, and reading about this book even, with your eyes open, you are probably going to have to get used to the idea that you don’t know what the truth is.

4. Ok so let’s say it IS somehow against her wishes? What then?

I don’t feel great about it, but I find myself on team Let the Estate Publish Stuff. Without doing a catalog, our collective body of literature would be significantly diminished if texts that authors either a) didn’t publish in their lifetime or b) didn’t WANT to ever see published weren’t later made available. We might not have the poems of Emily Dickinson or The Aeneid. And we could go on. Now I am not talking authorizing criminal behavior here: I am talking the estates of authors doing what they are legally entitled to do. But boy do I understand if other people feel differently. Sometimes I do myself.

5. Seriously though Jeff just how dang crazy is this?

Super duper crazy. Like I have a hard time making up a crazier story that doesn’t involve aliens or secret identities. If you asked me to write up a fake book-related news story that would break the bookish internet, I couldn’t do better than this. Not an 8th Harry Potter book, not a discovered sequel to The Great Gatsby, not two new George RR Martin books all at once, not anything remotely plausible.

It means that Lee is a complicated woman. It means end of life stuff is hard and messy. It means that To Kill a Mockingbird will still be the work that it is. It means that we will get a little more of Lee’s work, for good or for ill. Just as The Last Tycoon hasn’t diminished Fitzgerald or The Great Gatsby and Juneteenth hasn’t dimmed the brilliance of Invisible Man, I am not worried that To Kill a Mockingbird is in danger. If anything, more people will read and return to it than ever before. And that’s not a terrible thing.

Where’s everyone else with this stuff right now?