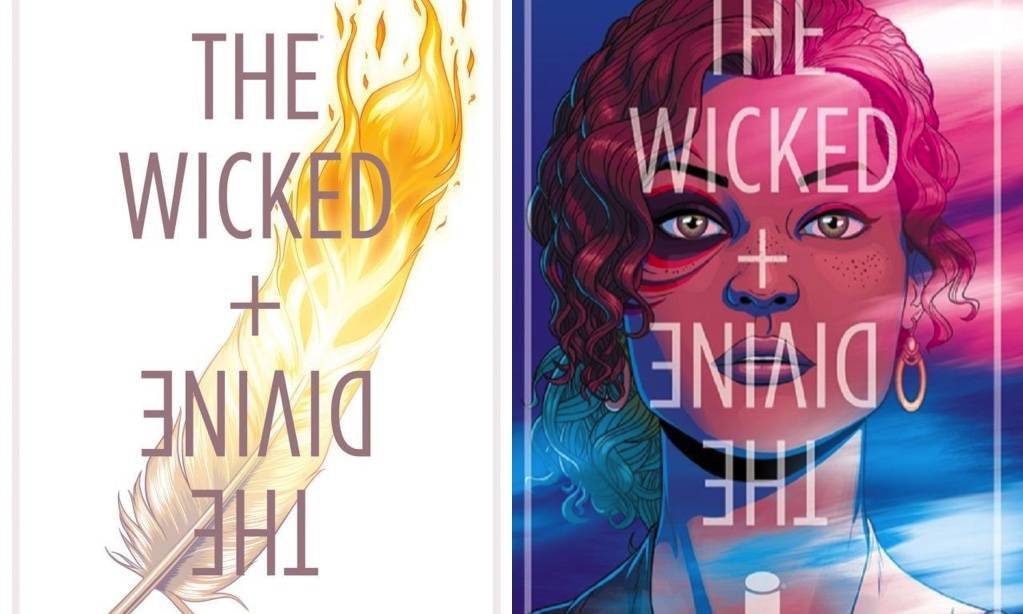 I’ve had a long and winding road with The Wicked + the Divine, the hugely popular Eisner-nominated Image series from Phonogram and Young Avengers creators Kieron Gillen, Jamie McKelvie, Matthew Wilson, and Clayton Cowles. I had heard about the series through Tumblr around the time the book debuted in the summer of 2014. The general concept — gods from various cultures reincarnated into young people in 2014 and treated like pop stars (because they are pop stars) until they die two years later — and reading the first issue for free via a Comixology deal sold me on checking the rest of it out … eventually.

It wasn’t until October of 2015 when I was checking out a comic shop near my new apartment in Chicago that I took advantage of the store’s Image trade sale and grabbed the first volume. And even then, it took me a month to finally sit down and open up that book. I read the trade in one sitting and … I didn’t know if I actually liked it.

I knew I didn’t hate it. The world building was interesting, and sure, the art from McKelvie and Wilson was great, but man oh man, I generally can only take so many stories about apathetic assholes and WicDiv has a lot of apathetic assholes in those first five issue that made up the first volume. And they were specifically the “cool kids in school” type of assholes that I already got to deal with too much in high school — did I really want to read a whole series about those kinds of jerks, compelling as the story’s setup may have been?

I was totally ready to just call it as “not for me.” That was, until I mentioned my thoughts on the first volume on Twitter and got several responses suggesting that I give the second arc a chance. Specifically, these responses stressed that the second arc turns things around.

It took a few months, but I finally read the second trade after buying it for a steal and it turns out … it turned things around. Protagonist Laura meets the gentler, less overtly cruel gods Inanna and Dionysus. The more jerky gods like Baal and Baphomet show the reader more to their personalities than just two-dimensional smug ego. The bittersweet stipulations of their godhood are given more weight. This volume also peels back more of the mystery, culminating in the jaw-dropping, heart-wrenching cliffhanger of issue 11. After that, I immediately bought the third trade, read through it in an afternoon, and am trying to avoid spoilers for current issues as I wait for the fourth trade to come out in October.

The thing is, while I’m sold on the series, and while I am very excited to continue reading it through to the end (whenever that may be), I’m not switching to single issues. I’m definitely still going to buy it in trade only. Frankly, it’s the kind of story that I can’t really imagine reading issue to issue. It works better when you pretend it’s a straight up graphic novel and doesn’t come out in monthly installments at all. The characterizations, the continuing mystery, the overarching plot … it just flows better when you can sit down and read it more than 20 some odd pages at a time. I definitely can’t imagine that I would have kept up with it past the first arc if I had to do it by floppies.

More than that, The Wicked + the Divine is one of those series where the first arc almost ruined it for me. It’s the equivalent of the many television shows that only hit their stride in the second season. Oh sure, the first arc improved with the context of the later parts of the story and I would never suggest skipping it, but for the longest time I wasn’t sure it was worth it to keep going past that point.

I edged so close to giving up the comic, and that was after giving several issues a try. I think about the many comics that get cancelled before they ever get to that second arc. Heck, so many creators stress preorders of first issues to their readers for this exact reason — if you don’t get those sweet, sweet Diamond numbers, the chances that you’ll be able to do more than six issues is slim. WicDiv is lucky enough to have a strong fanbase that allows me to more or less guarantee that I’ll get to read the whole story eventually despite not buying monthly. With other, newer books I sort of like but don’t love yet … I don’t get the luxury of knowing the next arc will be there when I’m ready.

All of this to say, I wish the comic industry wasn’t structured to hurt trade waiters the most. I wish I didn’t have to rely on a series being hugely popular in single issues so I don’t have to feel guilty waiting to buy trades. But when it comes to The Wicked + The Divine in particular, it’s nice to give a series a second chance and have it turn out to be a win.

[Editor’s note: Previously, this article said that The Wicked + the Divine had won an Eisner award. Corrected to “nominated.”]