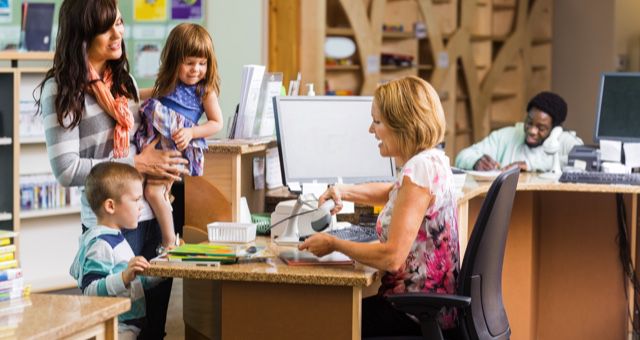 “Before there was Google, people used their local public library. And not just because libraries are full of books. Librarians were specially trained to help people find information, or to simply answer a question themselves.

For your reading pleasure, the New York Public Library released a cache of queries and conundrums called in from the 1940s to the 1980s.”

These are amazing and I have so many follow-up questions!

“Sure, she was brilliant and multilingual, writing in Latin and Nahuatl, but how did she do all this from inside a cloister? Good prep work, evidently. Before joining the convent, she educated herself in a library inherited from her grandfather. As an adolescent, she became a lady-in-waiting to the viceroy’s wife. Her brains and wit earned her renown in the royal court; a group of forty scholars tested her and granted her the equivalent of a university degree (otherwise impossible for a woman to get). Once inside the convent—a life choice that was virtually the only alternative to marriage—Sor Juana ran a salon for the intellectual elite of Mexico City.”

Here it is!!!! My cover for XENI : A MARRIAGE OF INCONVENIENCE.
I’m slowly tying all of my books. Xeni’s story ties together RAFE and SANCTUARY.
Release date info coming soon.
👰🏾💕💵💕🤵🏻#XeniAndMason #CoverReveal pic.twitter.com/hKRp2SkIwQ

This cover is beautiful!