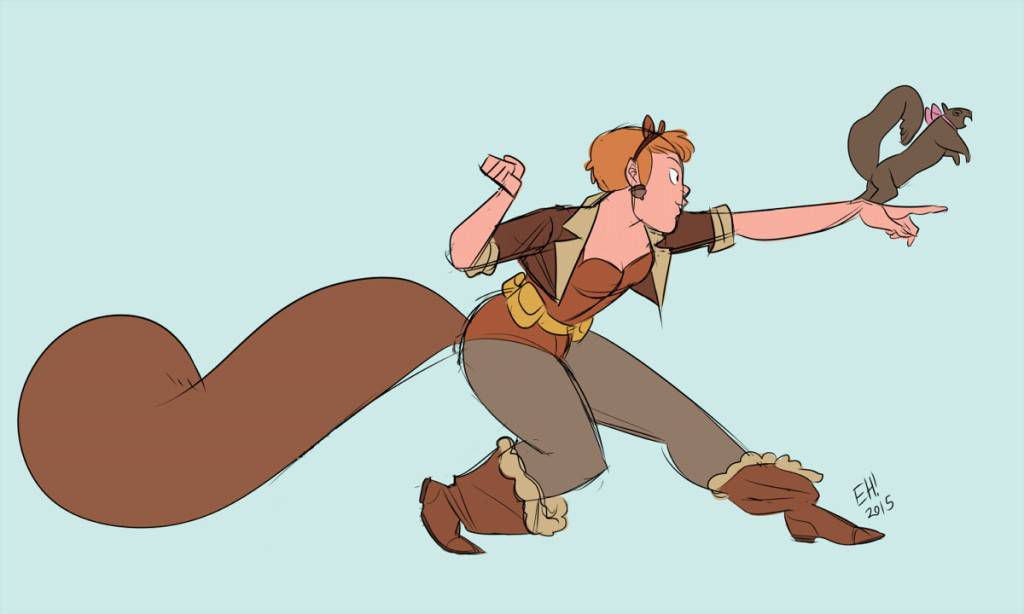 Squirrels and I have a long history. My old apartment in law school was frequently visited by squirrels, including a three-legged, no-tailed fellow I referred to as Ahab, who once waited patiently for me to walk to the grocery store, and then followed me home so I could give him some nuts (this is a 100% true story). Then there was Squirrelly—named for Meatwad’s dead squirrel from Aqua Teen Hunger Force—who would climb up the patio screen and shake it until we came out to feed him; one day, we were not quick enough and he decided to pee through the screen onto the door to teach us a lesson (also 100% true). In NYC, there was Squirrel Tarbox, who actually came into the apartment a handful of times, always sneaking off just before the cats noticed him (still 100% true).

I should probably stop feeding squirrels.

It should come as no surprise, then, I that I am deeply in love with Ryan M. North, Erica Henderson, and Rico Renzi’s The Unbeatable Squirrel Girl.

I’ve been reading the book in single issues, so one of my unexpected recent joys was discovering that the Squirrel Girl trades have all been titled with squirrel puns: Squirrel Power, Squirrel You Know It’s True, and the forthcoming Squirrel, You Really Got Me Now.

Here’s the thing: I now cannot stop coming up with more squirrel puns. So, for your reading pleasure, here are some suggested titles for upcoming Squirrel Girl arcs/trades. And, since this is Pawnels, there’s gonna be gifs. (Note: three of these aren’t actually gifs, but they were too awesome not to use.)

Are You Gonna Be My Squirrel?

Even Cowsquirrels Get the Blues

Fat Bottomed Squirrels You Make the Rocking World Go Round

I Kissed a Squirrel (And I Liked It)

I Once Had a Squirrel, Or Should I Say, She Once Had Me

I Wish that I Had Jesse’s Squirrel

I Wish They All Could Be California Squirrels

She’s a Very Kinky Squirrel, The Kind You Don’t Take Home to Mother

The Squirrel with the Dragon Tattoo

The Squirrel from Ipanema

Squirrel, You’ll Be a Woman Soon

What a Squirrel Wants

And, a few bonus titles without gifs:

A Squirrel of the Limberlost

The Squirrel with a Pearl Earring

And, finally, a bonus Chipmunk gif: