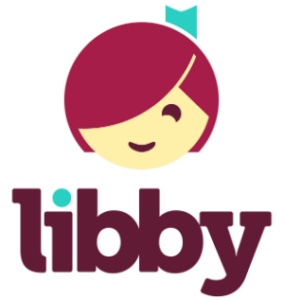 Ten years ago, after the UK’s 2010 general election, which led to a coalition government forming, it started to become clear that the Liberal Democrats’ influence wasn’t reigning in the Conservatives’ austerity policies as much as everyone had hoped. Central government announced funding cuts to local government, which in turn meant that city and county councils had to revise their budgets, cutting money to a huge number of local services – including libraries. According to the organisation Voices for the Library, over 10% of UK libraries were threatened with closure, as local authorities were no longer able to keep them open with the large reductions in the funding they received from central government.

The proposed library closures caused a widespread outcry. In some counties, such as Oxfordshire, nearly half the libraries were slated for closure. One of these was my local library, a beautiful building on the edge of the park, which looked like something out of Jane Austen – until you got inside and saw the books, computers, play area for the kids, and the bustle of people who used the place as a community hub. Librarians, authors and local library users began to speak out against the government’s austerity measures, arguing that communities depended on their libraries and that closing them would cause irrevocable damage. Campaigners pointed out that libraries were the only way that many children living in poverty or difficult financial circumstances had to access books; that they provided essential internet access for jobseekers; and that they were a crucial site for social clubs and gatherings, such as book clubs and children’s storytime events. Libraries’ local Friends groups (organisations dedicated to supporting their community’s library) began to organise their responses to the proposed cuts. A barnstorming speech by author Philip Pullman, which quickly went viral, helped to focus attention into a movement that would become the Save Our Libraries campaign.

The Save Our Libraries campaign galvanised readers across the country, with a huge number of public figures coming to bat for their local libraries and the broader fight to keep books and libraries accessible to all communities. On 5 February 2011, campaigners ran dozens of events for Save Our Libraries Day; authors held read-ins, people lobbied politicians, and members of the local community turned up to show how important their libraries were as central, focal points. The support for saving libraries was overwhelming, and things looked hopeful.

I remember the events, and the buzz around them – and then the news cycle moved on, and while many authors and other campaigners still talked about the issue on Twitter and at events, the campaign got less and less focus in the national press. The Tories stayed in power, ending the coalition with the Lib Dems, and austerity continued – as, inevitably, did the cuts to essential services. I did some research on how many library closures had actually happened since the cuts were first announced, and what I found was horrifying: nearly 800 libraries have closed in the near-decade since the Save Our Libraries campaign began. This is getting close to 20% of  libraries, a much higher number than the projected 10% that people were citing back in 2011. The number of paid, full-time librarians working in public libraries are also down, with the gaps being filled by volunteers – and as Pullman said in his speech, while volunteers are great, even the most enthusiastic and caring volunteer can’t replace a trained librarian who’s been given the financial resources and support to carry out their important work.

I don’t believe the widespread closure of libraries over the past nine years was a failure of the Save Our Libraries campaign – the librarians, authors and readers who came together to try to save their libraries from austerity couldn’t have worked harder, and we have no idea how many more libraries would have been closed without their efforts. My old local library was one of the ones saved, and although its doors are currently closed because of the global pandemic, it’s there waiting for the locals when lockdown ends. But even the most dedicated campaigns struggle in the face of a government bent on making cuts, and austerity measures meant that we were still left with a public library infrastructure that has been more than decimated. Philip Pullman concluded his speech with the warning words, “Leave the libraries alone. You don’t know the value of what you’re looking after. It is too precious to destroy.” Hopefully, one day, austerity will end and our precious lost libraries will be returned to the people who need them.