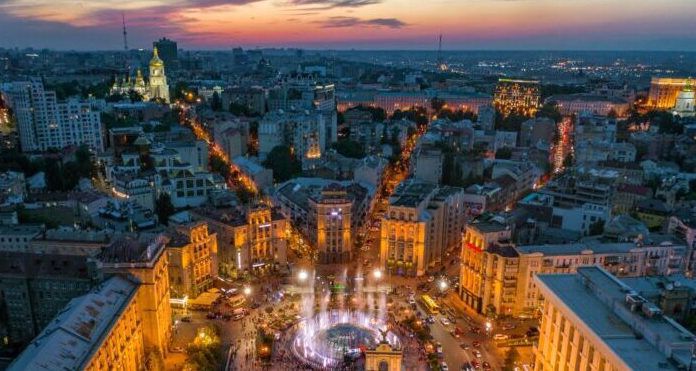 Literature in Ukraine has survived over the decades despite years of censorship under the Soviet Union in particular — for example, the Executed Renaissance, a generation of Ukrainian authors in the 1920s and ’30s who died under Stalin. In the 30 years since Ukraine gained its independence from Russia in 1991, it has had a renaissance of national identity and literature, with many new books being written in Ukrainian (rather than Russian).

Now, as the tension between the two countries has resulted in a Russian invasion of Ukraine, many readers are looking for fiction from Ukraine as a way to engage with its cultural identity and its people.

This is not a replacement for staying informed on the conflict. But it can help forge connections and support the literature of Ukraine. Fiction can be a tool of empathy, understanding, and learning — plus, many of us learn best through reading, and we want to engage however we can.

So I have gathered together this list of Ukrainian books available in English translation. As always, not enough books have been translated, and unfortunately, some works that have been translated before are now unavailable or out of print. In addition, when translation and accessibility are scarce, it is often the case that authors of color and other marginalized authors suffer the most from that scarcity, so they are underrepresented in this list. 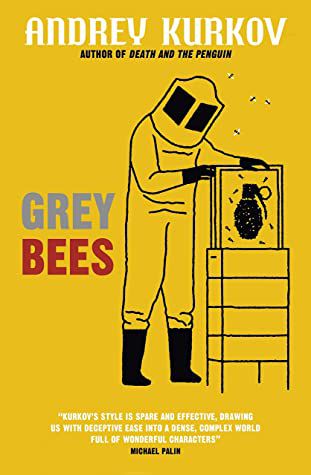 Sergey Sergeich just wants his bees to be okay. Verging on 50, this safety inspector and now beekeeper is hoping to keep them safe. The problem? His hives and his beloved bees all live in the Grey Zone, which runs along the line in eastern Ukraine that is contested by Russian-backed militias. So he does what he feels he must: before spring comes and his bees wake, he loads them up in his truck and heads on a road trip to find an old friend in hopes that his bees will find a place to thrive. It’s a charming, quiet story that moves along against a stark background of violence, military checkpoints, and combat. 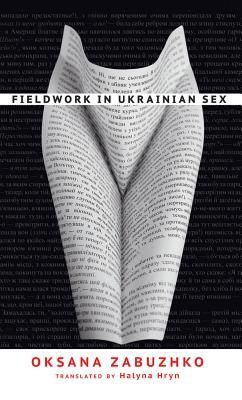 Zabuzkho’s novel was released in 1996 to a storm of controversy and excitement, jumping onto the bestseller list and staying there for more than a decade. The novel is narrated in thick, stream-of-consciousness prose, by a witty, passionate scholar working as a visiting professor of Slavic studies at Harvard. As she thinks back over and picks apart her abusive ex-boyfriend and their imbalanced relationship, from his emotional abuse to the unhealthy way they had sex, she begins to unravel and expose the repression she felt as a Ukrainian woman, and how her oppression was tied into her country and its culture.

A dissident, film director, and writer long opposed to Russian’s occupation of eastern Ukraine, in August 2015, Sentsov was kidnapped from his home in Crimea and forced through a Russian military trial. He was sentenced to 20 years in prison and later spent 145 days on hunger strike. He remains in a prison camp in Russia, but these autobiographical stories about growing up in Crimea have been read during international campaigns around the world to support the case for his release, and are now gathered in this excellent collection from Deep Vellum, which was published in collaboration with PEN Ukraine. 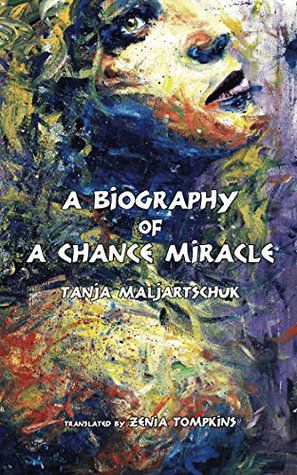 A Biography of a Chance Miracle by Tanja Maljartschuk, Translated by Zenia Tompkins

Young Lena is growing up in a small West Ukrainian town that she’s dubbed San Francisco. As she grows up, she tends not to fit in — mostly, because she’s a sensitive soul determined to not accept the status quo at any cost. Maljartschuk represents and portrays Ukraine’s biggest issues through the stubborn refusal of Lena to accept them. Her one goal is not to lead a “stupid” life like those around her, and this involves everything from standing up for the downtrodden to adopting forlorn creatures everywhere she goes. The novel is both humorous and harsh, surreal and satiric.

For no good reason, this 2003 book wasn’t available in English translation until 2019. Maria Matios is an award-winning author based in Kyiv, and in this surrealist novel she writes of the deeply rooted trauma of Ukraine and its people, through a family saga with overlapping storylines that pulls on the country’s history. During the Soviet Occupation of Ukraine, a young woman is trying to overcome everything she remembers, the guilt she carries, memories of violence and horror. Her unbearable headaches continue to strike as the story unfolds. The novel pulls on the history of Matios’s own family. 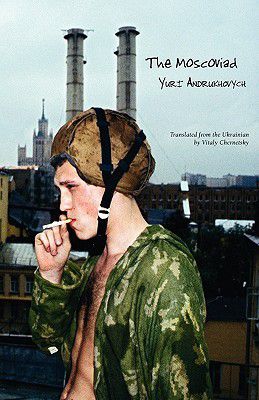 The Moscoviad by Yuri Andrukhovych, Translated by Vitaly Chernetsky

Andrukhoych’s second novel depicts a single day in the life of picaresque Ukrainian poet Otto Vilgelmovych von F. in 1992 in Moscow. The poet and his friends spend the day getting drunk, wandering the city, getting into fights, hooking up with women, and stumbling through a variety of strange and unexpected adventures. While it’s a day of silliness in so many ways, it has plenty of political implications — at one point, Otto runs unexpectedly into the KGB, and at another makes a triumphant speech calling for Ukraine’s independence from Russia, and the story leads somewhere no reader will anticipate.

A New Orthography by Serhiy Zhadan, Translated by John Hennessy and Ostap Kin

In these poems, Zhadan digs into daily life during the Russo-Ukrainian war, showing soldiers, civilians, refugees, and more responding to the crisis. He paints scenes in lush, vivid verse of struggle, change, moments of peace, and questions of home, exile, solitude, and faith. This is just one volume in the Contemporary Ukrainian Poetry Series from Lost Horse Press. Author Zhadan, who has a long history of active involvement in Ukrainian nationalism and protest against Russia, is also known for novels including Depeche Mode and Voroshilovgrad, and translates German, English, Belarusian, and Russian poetry into Ukrainian. 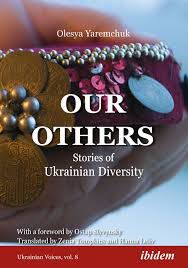 Our Others: Stories of Ukrainian Diversity Edited by Olesya Yaremchuk, Translated by Zenia Tomkins and Hanna Leliv

Yaremchuk’s research, fieldwork, and interviews all come together in this book that features histories and personal stories of 14 ethnic minority groups living within the boundaries of present-day Ukraine: Czechs and Slovaks, Meskhetian Turks, Swedes, Romanians, Hungarians, Roma, Jews, ‘Liptaks’, Gagauzes, Germans, Vlachs, Poles, Crimean Tatars, and Armenians. Especially in the light of the current flood of refugees leaving Ukraine and the inequity of consequences both within and at the borders of Ukraine as the conflict with Russia heightens, this book is an important and meaningful look into Ukraine’s multitudes. 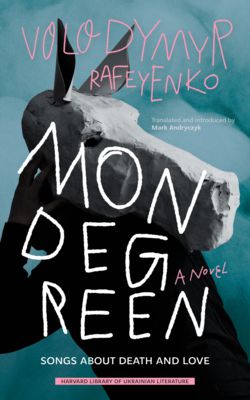 This novel, soon to be available in English translation, tells the story of Haba Habinsky, a refugee escaping to Kyiv from the Donbas region. As he’s swept into a whirlwind of disorientation and dislocation, he has to confront his identity and what it means to adopt a new language and a new city in the midst of conflict. Rafeyenko’s book is written in a vivid and experimental style that is able to look at how cultural identity impacts our lives. The book is part of the newly launched Harvard Library of Ukrainian Literature.

This is a stunning collection of strange, twisting stories from one of Ukraine’s best authors. “An Album for Gustav” is a gorgeous story painted around the 2014 advance on the Maidan — it’s a tale of the growth of movements, of the feeling of history that settles on a crowd of people coming together to protest and fight. In “Girls,” a woman considering whether to go to her high school reunion thinks back on queer young love and the girl who she once loved and might have to see again. These stories touch on womanhood, motherhood, revolution, reality TV, and more. 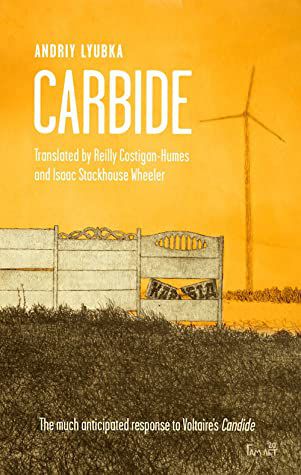 Protagonist Tys decides to dig a tunnel from (imaginary) Western Ukrainian city Yedmediv all the way to Hungary in order to force the EU to grant Ukraine admission — by smuggling the entire Ukrainian population into a member-country. He enlists a gang of local, experienced smugglers — from a human organ trafficker to a man determined to fly over the border — to help. Obviously, all of this is ludicrous, and this book is equal parts funny and tragic as it takes on issues of nationalism, borders, European identity, Ukrainian nationhood, and more. 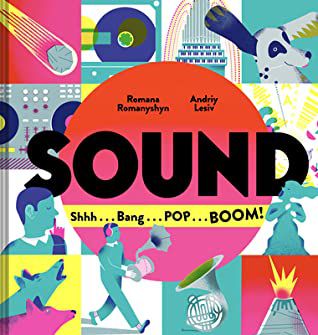 This lovely book, full of informative infographics, explains to curious children how sound works, from singing to intricate and accessible diagrams of the ear to the music and melodies that surround us. And it’s not just noise as we think of it — the book also digs into sign language, meditation, and various forms of silence. It’s a fun, beautiful book — and if you and your little ones enjoy it, you can also pick up companion Sight: Glimmer, Glow, SPARK, FLASH!

Flora, the daughter of well-known mathematicians, just adores math. She loves to count. She loves to look up at the sky and wonder, dreaming of someday counting all of the stars in the sky. In this collage-like picture book meant for kids between the ages of 3–7, Flora counts everything from poppyseeds to sea cows to polka dots. The book hopes to inspire kids to find joy in math, and includes sections on numbers and famous mathematicians for parents to share with their children.