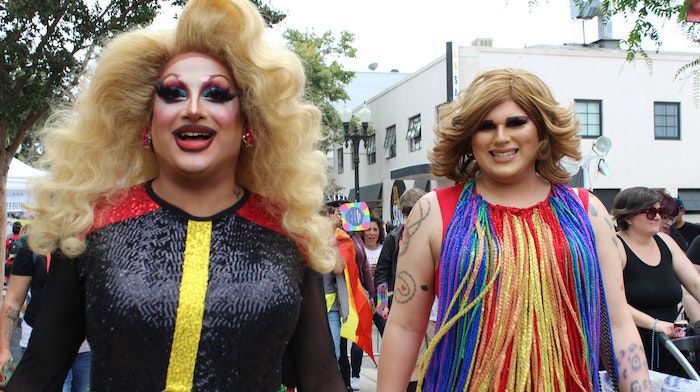 This content contains affiliate links. When you buy through these links, we may earn an affiliate commission.
Forge Books 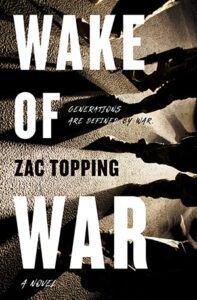 Wake of War is a timely account of the lengths those with power will go to preserve it, and the determination of those they exploit to destroy everything in the name of freedom anew. The United States is a crumbling republic. With the government floundering and national outrage growing by the hour, a rebellion has caught fire. The Revolutionary Front, led by Joseph Graham, has taken control of Salt Lake City. Forces will clash, alliances will be shattered, resolve will be tested, and when the dust clears nobody will be able to lie to themselves, or be lied to, again.

A couple of years ago, I wrote an article here on Book Riot about how bookshops have battled bigotry. One of the bookshops I looked at was Book Bar in Denver, who were on the receiving end of a fascist hate campaign after running Drag Queen Story Hours at their store. The bookstore dealt with the attack with grace and panache, refusing to bow down and cancel a popular and much-loved event.

Unfortunately, in the years since my article was published, the pushback against inclusive bookish events — and particularly against Drag Queen Story Hours — has only increased. Book Riot has reported on far-right protests against Drag Queen Story Hours in libraries in the U.S. and Canada this year. I live in the UK, and am very much not delighted to share the unsurprising news that Rainy Bigot Island is keeping up with its cousins across the pond when it comes to terrorising drag queens and library users for running fun and educational story events. In recent months, anti-LGBTQ+ protests, with the heavy involvement of far-right group Patriotic Alternative, have targeted libraries running Drag Queen Story Hours, threatening performers and frightening the children who have turned up to attend the event.

One of the most-targeted performers is Aida H Dee, known as Sab Samuel offstage. One of Aida H Dee’s performances was actually invaded by the anti-LGBTQ+ protesters who had previously been harassing attendees outside. The groups protesting Drag Queen Story Hour are an odd collection, including far-right nationalist groups, anti-vaxxers and COVID Truthers who have turned to protesting library events now there are no more lockdowns to shout about, and several familiar faces for people who know their British professional contrarians. Piers Corbyn, brother of the former Labour leader Jeremy Corbyn (who doesn’t share his conspiracy theorist views), has shown up to at least one protest; prominent media transphobes have stayed home, but criticised the concept of Drag Queen Story Time on social media, and notably refused to condemn the far-right presence protesting the events. Samuel has spoken to several media outlets on the frightening nature of the attacks, telling Vice that he has had kidnapping threats.

Samuel is not the only performer who has been targeted — another drag queen storyteller, Cherri Ontop (Matthew Cavan), who performs in Belfast, was told by anti-LGBTQ+ protesters that his details had been passed to a group of vigilante “paedophile hunters.” Cavan noted in his interview with The Guardian that the protesters he encountered were largely from conservative Christian groups; as in so many other areas, the religious right and the nationalist right are joining forces to attack people who challenge their reactionary view of the world, with the tacit support of self-styled “gender critical feminists.”

This antagonism to Drag Queen Story Hour is, if you ignore recent historical context, a very odd prejudice to have taken hold in the UK. An article in The National Student questions why there has been such a backlash against drag queens by the same people who have undoubtedly taken their children to see performances by pantomime dames. On television, British viewers have had several decades of universally beloved presenters who use drag in their performances — Paul O’Grady’s character Lily Savage was a part of mainstream television from the 1980s until he retired her recently. While drag and being trans are two very separate things, the stranglehold that anti-trans views have on mainstream UK media has certainly contributed to the attacks on Drag Queen Story Hour. According to a CNN article, “A 2019 study by linguist Paul Baker, a professor at Lancaster University, found the British press wrote more than 6,000 articles about trans people between 2018-19, many of them written ‘in order to be critical of trans people’ and painted ‘trans people as unreasonable and aggressive,'” and there are no signs of this trend slowing in the years since 2019. The criticisms of Drag Queen Story Hour — from the mealy-mouthed “we just have concerns” and “this is a safeguarding issue” (all performers for Drag Queen Story Hour have DBS checks) to the boringly predictable shouts about “men pretending to be women” — stem from the moral panic about trans people that began with the far-right and has been stoked by the Conservative government.

However, as aggressive and frightening as the protests against Drag Queen Story Hour have been, the counter-protests that have sprung up in response are heartening. At the beginning of August, groups across Leeds joined together to counter the anti-LGBTQ+ protesters and protect the performers and attendees at a local Drag Queen Story Hour. In my local town, anti-fascist groups are currently organising to support upcoming Drag Queen Story Hour events at three local libraries. The vast majority of counter-protests have been far larger than the original anti-LGBTQ+ protests, showing that, despite the constant reactionary messaging of major UK media outlets, the majority of people are fully supportive of LGBTQ+ rights, and see Drag Queen Story Hour for what it is — a fun, family-friendly event where children can hear stories told by a talented performer.

How can libraries continue to run Drag Queen Story Hour events and ensure the safety of attendees and performers? In the short term, some libraries have had to run interference, giving out false details of one location so that the anti-LGBTQ+ protesters gather there before running the event at a completely different place. While this has allowed events to run safely and without interruption, libraries shouldn’t have to resort to subterfuge to hold an event which, when all’s said and done, is simply an adult professional reading picture books to children. Libraries need to work closely both with groups like Drag Queen Story Hour, and with anti-fascist groups organising against far-right protesters, to ensure that these storytimes can be performed and enjoyed by all.