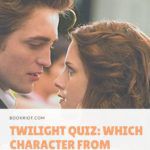 Take this Twilight quiz to find out what character you are most like. Are you more like Bella, Edward, Jacob, or one of the other characters from this literary sensation? In early May, Stephenie Meyer announced the summer release of Midnight Sun, the story of Twilight told from the perspective of Edward this time instead of Bella. Twilight was published 15 years ago. It quickly became a cultural phenomenon and one of the bestselling book series of all time. It lead to an explosion of YA vampire books, spun off into a successful film franchise, and served as the inspiration for another bestselling series, Fifty Shades of Grey. 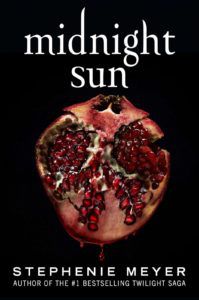 Twilight immediately garnered almost unprecedented passion from both fans and critics. There is legitimate criticism of the story, namely the problematic relationship dynamic between Edward and Bella (that some read as abusive) and the deeply appropriative depiction of Native American culture. However, much of the hatred of the Twilight series instead seemed geared toward calling teenage girls, and the things they love, stupid. Regardless, 15 years later, as a teacher I still see teenagers of all gender identities falling in love with reading through the Twilight series. And I know more than a decade after reading the books myself, I’m still a staunch member of Team Edward.

In honor of the 15 year anniversary and Midnight Sun, I made this Twilight quiz. Answer these ten questions on how you feel about the Twilight world and other vampires, and you will find out if you are more like Bella, Edward, Jacob…or maybe even Charlie. Love Twilight or hate it, I bet you have some opinions to share.

Now that you’ve taken the Twilight quiz, here are some other personality tests that you might want to check out!