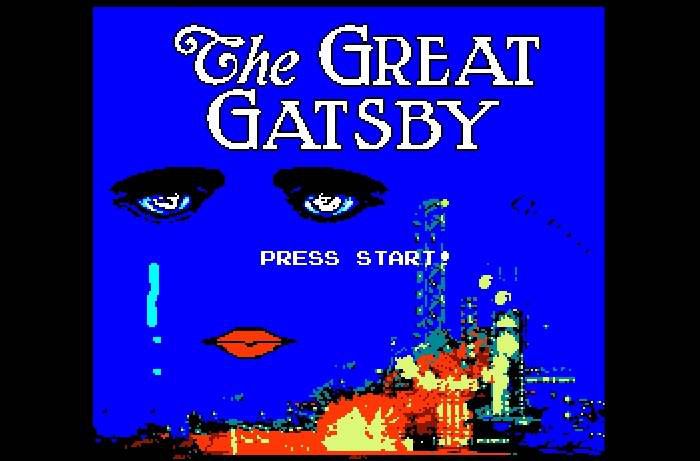 The opening scene of Austin Grossman’s You finds the protagonist interviewing for a job at a video game company. One particular question resonates through the entire novel (“So what’s your ultimate game?”). But that wasn’t the question that stuck in my mind, that enthralled me and made me wish I was interviewing for the job. It was this one:

“How would you turn Pride and Prejudice into a video game?”

Upon doing a bit of research, I learned that someone has already made a computer game out of Pride and Prejudice and called it, I swear to God, Matches & Matrimony. And some truly brilliant soul has turned The Great Gatsby into a side-scrolling, Mario-style game:

Then I wondered what other classic novels, particularly novels you wouldn’t think would lend themselves to the form, would make fun, counterintuitive video games. This is what I’ve come up with so far: 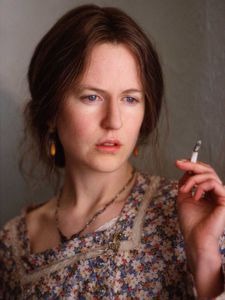 She has my nose, don’t you think?

Bear with me here, but I think Mrs. Dalloway would make a fantastic Doom-style first-person-shooter. Think about it: Dalloway walks through London like a space marine through a Martian base, picking up items (flowers) to help her fulfill her mission (throwing a party). Insights streak and burst like tracer rounds, and the stream-of-consciousness style fits the continuous action of a no-nonsense, shoot-em-up game like DOOM. Plus, once Mrs. Dalloway: Party of DOOM comes out, Michael Cunningham could write a novel about the game and its creation, and then Nicole Kidman could play me in the movie adaptation. Cross-platform synergy!

In Little Women, Jo says she is “dying to go and fight with Papa” in the Civil War. In Call of Duty: Civil Warfare, she finally gets that chance. Your first mission is to cut your hair, steal clothes to pass as a man, and find your way to a recruiting station without being caught. Then the killing starts. In the novel, the war happens only on the margins, out of view, in letters and rumor. In the video game adaptation, though, you get a soldier’s-eye view of the most devastating war in U.S. history. Dispatches from home inform you of Meg’s stifling marriage and Beth’s death, steeling your resolve to continue fighting and achieve the game’s ultimate mission: finding your father, who has been wounded in battle.

A novel of striving and climbing, Great Expectations has promise as a variation on Donkey Kong. When the game starts, Pip, your avatar, is at the bottom of the heap, and you spend the game working to climb your way up as the angry ape of circumstance keeps throwing barrels (bad luck, debt, Miss Havisham) in your way. You climb, and climb, dodging the barrels in an effort to reach the top and be united with Estella (taking the place of Pauline). Of course, you win the game only when you realize the climb isn’t worth the trouble and go find Biddy to propose. The gorilla officiates at your wedding. 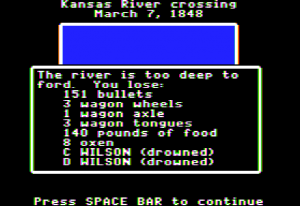 My favorite Willa Cather novel becomes, in video game form, a mixture of two of the greatest computer games every made. Imagine the goals of Sim City (you need to build and maintain a thriving territory) with the mood of Oregon Trail (scrappy, pioneering, possibly malarial). As Alexandra, you start with a single, small farm and are tasked with building an agricultural empire, buying up land and choosing  amid squabbling family members, anxious neighbors, and a crushing loneliness. Cheerful, right? Just like when your oxen died fording the river. Miserable, goddamned oxen.

House of Mirth is the story of Lily Bart’s slow, excruciating tumble from the heights of New York society to its depths. House of Mirth: Party in Vail speeds things up a bit, recasting the social tumble as a death-defying downhill ski adventure. After refusing a series of wealthy (though dull or dastardly) suitors, you’re on your way, barreling quickly down the side of the mountain of society on the skis made from your tarnished reputation. Your goal is to make it to the bottom—which is, alas, inevitable—without hitting the obstacles (tainted money, bad jobs, an addictive sleeping draught) thrown up in your path.

What other novels would make awesome video games? Leave ideas here, and they could be incorporated into a second edition of Classic Novels Turned into Video Games!