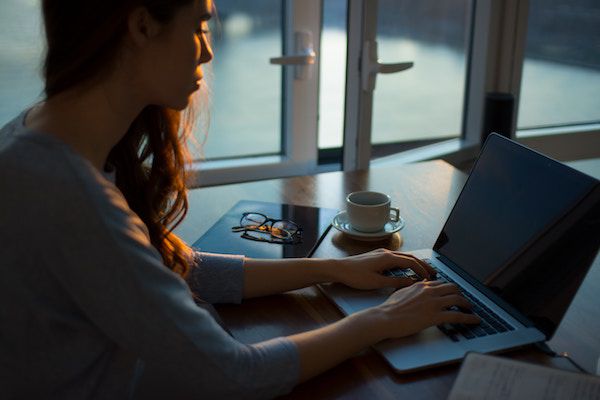 Really, Tumblr? Another purge? And it’s not even an accurate one? You have got to be kidding me.

While you did warn us this time, giving us half the month, we are outraged, we Tumblr users. We’ve expressed our displeasure and outrage. Artists have drawn comics of the great migration to sites like Pillowfort in its beta. And as a result, the stock for your parent company Verizon has gone down.

For those who don’t know, it was announced that Tumblr would get rid of all “adult” content, including illustrations of NSFW art in fandoms. This includes comics and book fandoms, like Discworld, Fullmetal Alchemist, Harry Potter, and Brad Sanderson’s works. We also may see the reduction from musicals like Hamilton and Wicked, which were also based on books.

You Will Destroy Pinpointed Recommendations and Analyses

Tumblr was the first place where I saw long posts that analyzed Sam Vimes’s character, or posted Harry Potter fic that I could read without having to scroll through dozens of filters. I could connect with fans who would post excerpts from vintage comics, or read book blogs that had recommendations of books by authors of color. What’s more, it feels like home. I send books to a friend on there when I think her kids will like it, and encourage all the writers there.

Before the Monday announcement, one of my friends posted a long analysis on war in the manga and anime Full Metal Alchemist. It discussed genocide, how a minor but important character approached the costs of war, and was glorious. Tumblr flagged it as sensitive content, and couldn’t explain why when my friend messaged the staff. They quickly marked the post as safe, but the current algorithm seems to follow the same arbitrary flagging without reason.

What’s more, if not for Tumblr, I wouldn’t have gotten into Steven Universe or Gravity Falls. At the time, the shows seemed silly to me. But Tumblr members took GIFs or comic scans or screencaps, and would pinpoint the moments that made either show great, or analyzed the scenes. The analysis of Mabel being pressured to date a guy she considered a friend won me over, as did the promise of a cliffhanger.

Right now, with the migration, many of those adult writers and readers may either face deletion or abandon their posts. If their images will get flagged anyway, they may as well prepare for another move.

You Would Destroy Entire Communities Based on a Faulty Algorithm

This is not the first time that purges have erased communities. Fanfiction.net deleted its forums, and then various fics that didn’t meet approval, all for arbitrary reasons. LiveJournal and others went down for the same reason, because people didn’t like the communities that others built with online seclusion.

A lot of my friends in fandom communities are on Tumblr. We come together to create and share joy in the books, movies and shows that we have, as illustrated above. Facebook doesn’t have the same pull because we don’t want our families to ask why we’re reblogging an image of Steven Universe talking about war or such.

How to Train Your Dragon as a fandom has that segregation. There are younger fans, and older fans, that enjoy the books, movie, show, and spinoff comics. If there are adult artists or fanfic writers who create NSFW content, they make sure to tag it, or put it on websites like A03 that have age restrictions for that material. These creators also face harassment from anonymous users who believe they own the moratorium on morality, despite the fact that they aren’t hurting anyone.

Ideally, fandoms segregate age-based content. No one wants to have to have that awkward conversation with a younger user; this isn’t Dicksoapgate. And Dicksoapgate shouldn’t have happened anyway, for very different reasons. To see some of this content, a preteen would need to lie about their age, or wait until they get older. Older fans do not want the younger generation seeing explicit content. As someone who is in the middle, I’d rather pass on what brings me joy.

This Smacks of “Anti” Behavior

Antis are online users that harass people for writing “impure” work with unhealthy ships or utter pain. Also, they are usually more focused on humiliating others than on reducing any actual moral hazards that can exist in social media.

Antis exist in the fanfic realm. They’ve gone after my friends for not adhering to their ships, or for squeaky clean content. And we ignore them, because no one owns morality and fan fiction does not cause the harm that the antis claim.

Needless to say, most of us don’t like antis because they behave to hate and hurt rather than to fix actual problems. They mess up the fandom experience by inducing guilt about creating fictional characters. Having administrators on the website react the same way seems to reek of hypocrisy.

Users have complained for years about the terrible behavior that other users have presented, from Nazism to transphobia to racism, and you have ignored most of it. While it was good that you took down a lot of Russian trolls that were posing as social justice blogs, it felt too little, too late after the election.

It feels like you don’t actually care who uses your site, or what people have built there. The archives of art, GIFs, and writing can be deleted, because they don’t make money. And stockholders don’t use the site to talk about books, comics, movies, or shows.

You are probably trying to do this purge because the Apple store found inappropriate material displaying on your app. Losing Apple makes no sense, but neither does the arbitrary algorithm. You seem to assume that Apple will only factor in users, which they still may.

Tumblr, fix this. Listen to us for once and don’t engage in the purge. We are staying with the ship, and building our own lifeboats to other places, but you need to swab your decks.