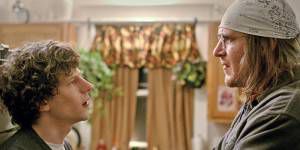 Last week The End of The Tour, about David Foster Wallace, was released to mostly great reviews. It’s based on the book David Lipsky wrote about the five days he spent with DFW. Also released – and I’m SO excited about this one – was the trailer for Trumbo, about writer Dalton Trumbo, starring Bryan Cranston. Exciting stuff!

That got us here at Book Riot thinking about some of our other favorite author bio pics. There’s Shakespeare in Love, though while it’s wonderful, it’s really loosely based on the playwright. And Becoming Jane, about the early life of Jane Austen.

Here are a few more of our favorite films about authors. Many of them are sad, so I’ve given them a ’tissues needed’ rating. Tell us about your favorite author biopics in the comments! And have you seen The End of the Tour? Tell us what you thought of that! 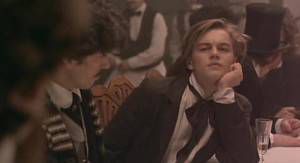 About: Paul Verlaine and Arthur Rimbaud

About the tumultuous relationship between the two 19th century French poets, based on their letters and poems. 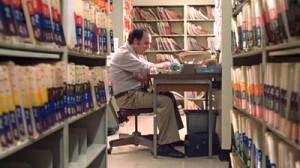 Based on Pekar’s autobiographical comics about his life as an illustrator, comic writer and music critic. He was also a great Letterman guest. 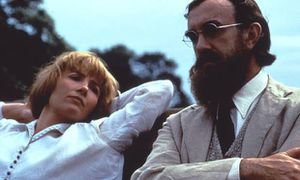 About: Lytton Strachey and Dora Carrington

About the relationship between Bloomsbury group writer Lytton Strachey and the painter Dora Carrington. (The story is taken from the biography of Strachey by Michael Holroyd, but “Carrington” rolls off the tongue easier than “Strachey”.) 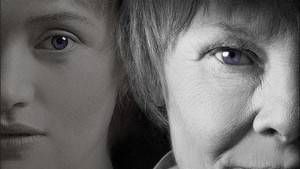 A look at Murdoch’s relationship with writer John Bayley. Winslet plays Murdoch as a young woman; Densch portrays her later in their life together, when Murdoch was suffering from Alzheimer’s disease. 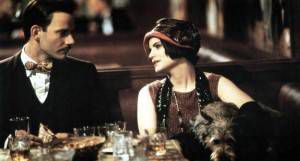 A look at the fabulously witty Dorothy Parker and the various members of the Algonquin Round Table. Jaws author Peter Benchley, grandson of A.R.T. member Robert Benchley, makes a cameo appearance. 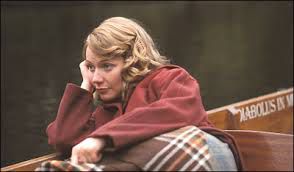 A look at the doomed romance between Sylvia Plath and poet Ted Hughes. Wait, was that a spoiler? 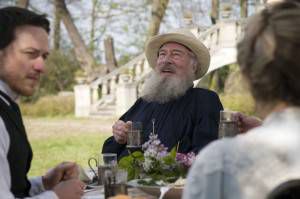 About the battle between Tolstoy’s wife Sofya and Vladimir Chertkov for Tolstoy’s legacy and the copyright of Tolstoy’s works during the last year of his life. 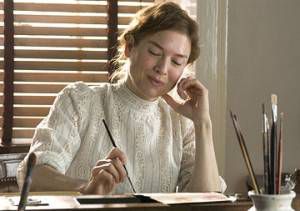 A biographical look at Potter, creator of such characters as Peter Rabbit and Mrs. Tiggy-Winkle, with both live action and animated scenes. 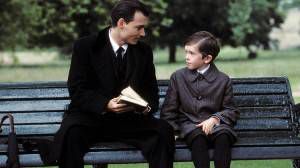 Loosely based on Barrie’s relationship with a family who inspired him to write that little book you may have heard of called Peter Pan.

About the complicated romance between writer and Narnia creator Lewis and the poet Joy Davidman. 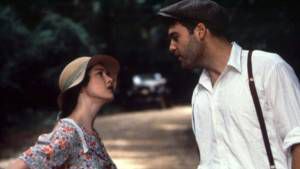 Based on the relationship between Conan the Barbarian creator and pulp writer Howard and schoolteacher Novalyne Price Ellis.