Nonfiction in comics is one of my favorite blends of genre and form to read, and true crime comics are a special brand of incredible within that. Most of the well-known true crime comics are about serial killers — My Friend Dahmer, Green River Killer — but some of the lesser known books about prisons, cults, mass shootings, and, um, horse theft are just as gripping, if not more. These crimes are slightly more common and not always as publicized as the big serial killer cases or the White Girl Goes Missing cases, but they deserve the same amount of attention.

To me, the most moving books here are the ones about prisons — Attica State Prison and Guantánamo Bay — and the everyday horrors inflicted upon prisoners inside those walls, seemingly without consequence.

The more I read true crime, the more I want to learn about these stories, the ones about everyday people just trying to live in this messed up world. Serial killer stories are fascinating, sure, but at what point are we contributing to their celebrity and the exploitation of victims? It’s getting really icky to be a true crime fan.

I hope these non–serial killer true crime comics can broaden your views, too. 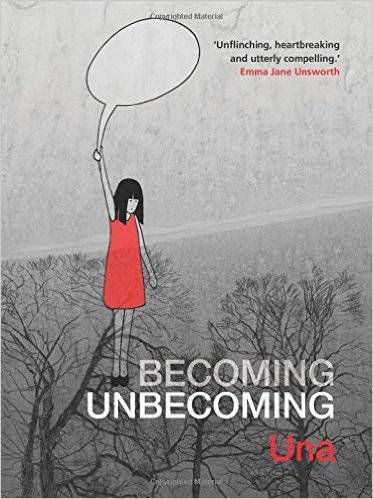 Una grew up in Yorkshire in the 1970s while a serial rapist and murderer, the Yorkshire Ripper, ran rampant. The police couldn’t catch him, despite interviewing him a handful of times. Meanwhile, Una becomes a victim of sexual violence and begins to ponder what it means to be a woman in the world, when men can ravage women’s bodies without consequence. Told with newspaper clippings, personal stories, and beautifully minimalist art, Becoming Unbecoming is a stunningly moving graphic memoir about gender and crime. 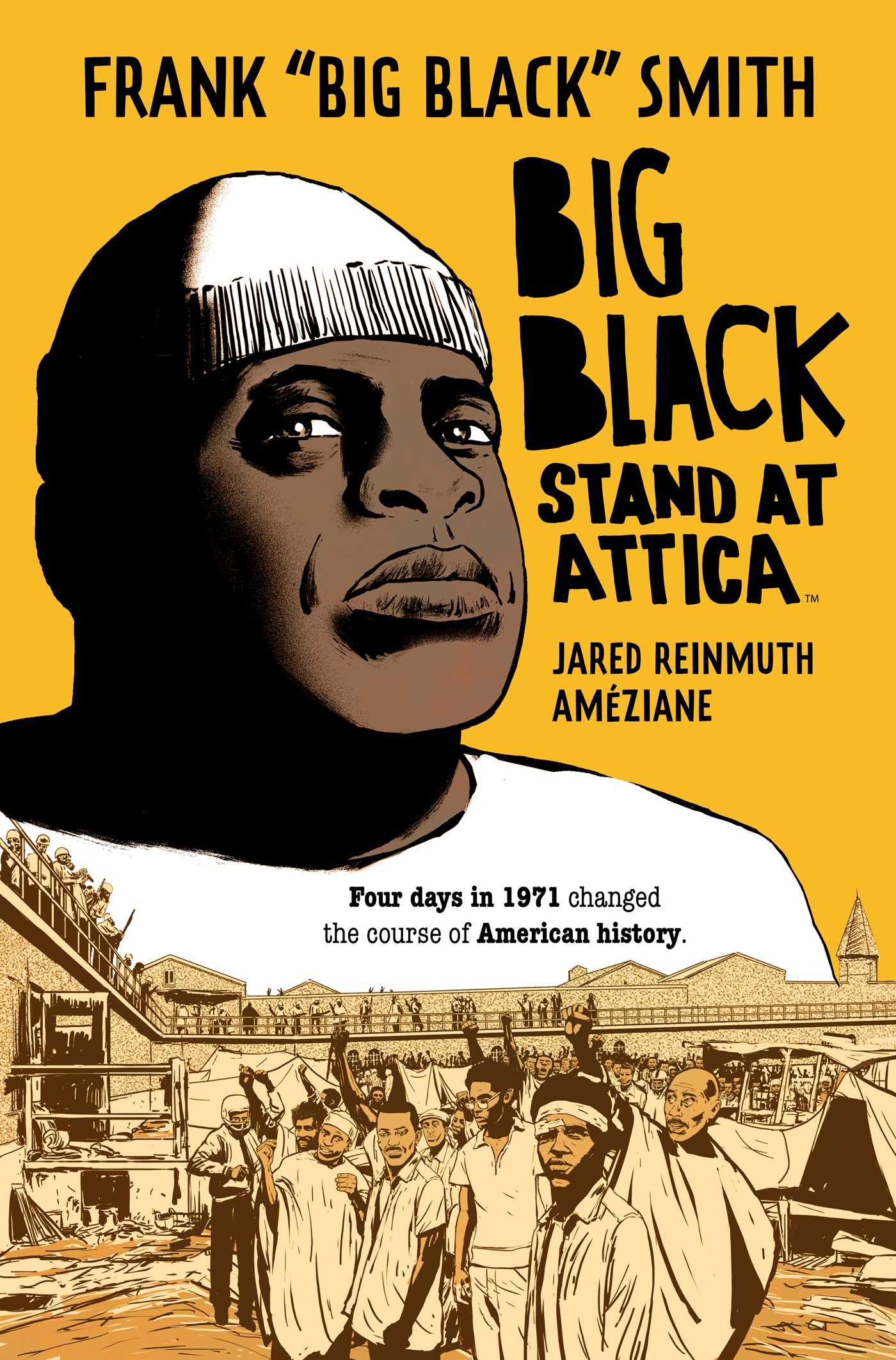 In 1971, New York’s Attica State Prison saw a rebellion that remains one of the bloodiest civil rights confrontations in American history. Prisoners were regularly abused by racist guards, and one day, the guards overreact to a minor incident. In response, the prisoners revolt, holding the jailers hostage and demanding humane conditions. Big Black is at the center of it all, protecting prisoners and jailers in equal measure, and negotiating with the governor for peace. Améziane’s art is absolutely stunning.

Gail Ruffu has a special gift when it comes to training horses, so the untamed thoroughbred Urgent Envoy wasn’t too much for her to handle. Her co-owners saw promise in him and demanded she speed up the training to get the horse racing as soon as possible. But Urgent Envoy got injured — a hairline fracture — as a result of that rush. They didn’t want to waste time and money on an injured horse, so they kept pushing him to race despite his injury. Gail wouldn’t let it stand, so one night, she stole back her horse. She was blacklisted by the racing community and evaded the law while she learned how to stand up for the humane treatment of racehorses. She was a true animal rights hero, and Grand Theft Horse (best title ever, right?) is her courageous story. 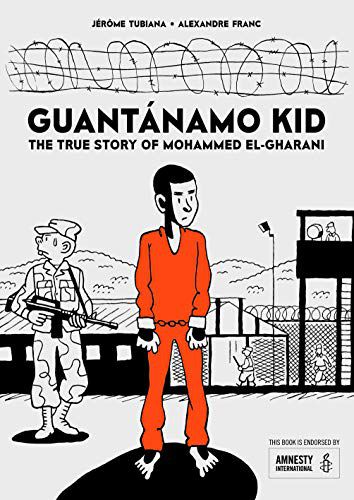 Young Mohammed El-Gharani is in the wrong place at the wrong time when he’s detained and sold to the American government. The 14-year-old was in Pakistan trying to go to school, which he didn’t have access to as a Chadian in Saudi Arabia. He then spends seven years captive in Guantánamo Bay, interrogated and tortured by American agents who refuse to accept his innocence and insist he’s a member of Al-Qaida, which he’s never even heard of. Guantánamo Kid tells the story of one of the youngest detainees, what he endured, and how he riled up others to cause change at the camp. 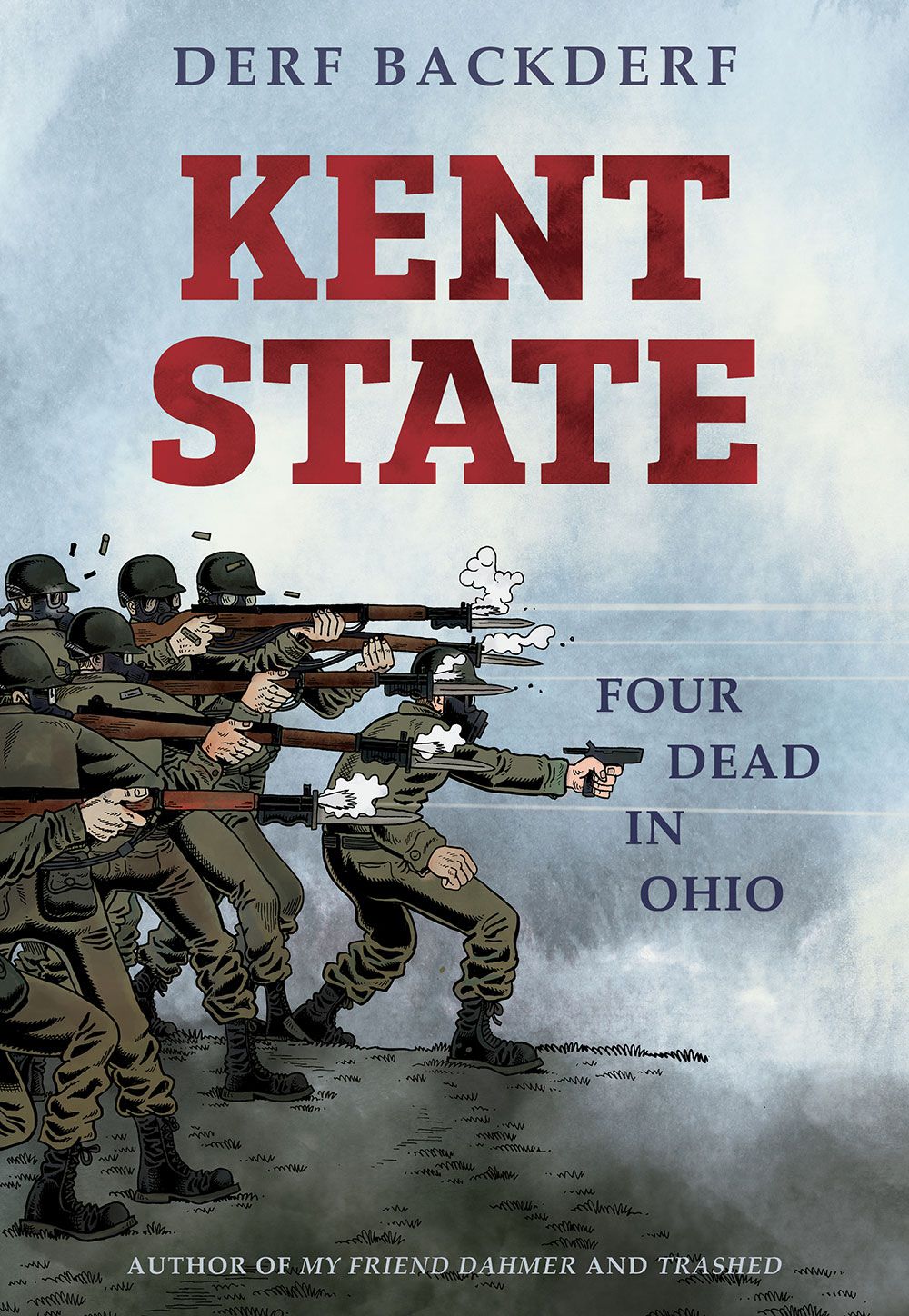 Four students were killed and nine were injured at Kent State University in May of 1970. They were protesting the Vietnam War when the Ohio National Guard gunned down the unarmed students participating in peaceful protest. Derf Backderf, known for his other masterpiece, My Friend Dahmer, dove into the lives of those four victims to tell their story, and the story of dissent, in this heartbreaking true crime comic that remains far too relevant today. 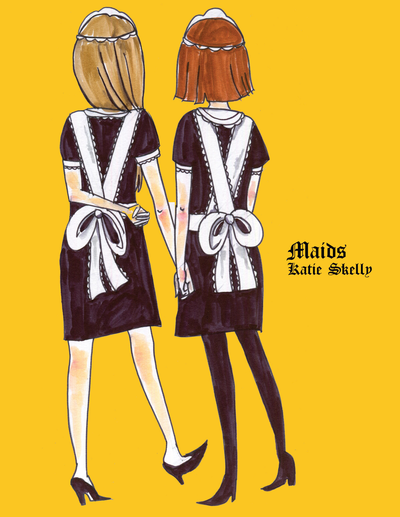 It’s the 1930s and two sisters are maids working at the wealthy Lancelin family’s home. When Madame Lancelin’s abuse becomes too much to bear, the sisters go from petty theft to an eyeball-removing murder in a single evening. 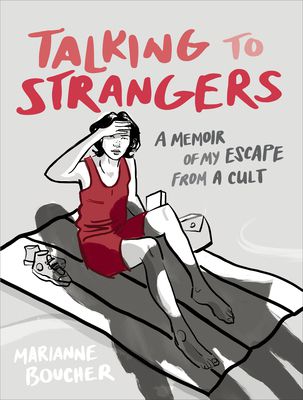 Talking to Strangers: A Memoir of My Escape from a Cult by Marianne Boucher

Marianne Boucher was just a regular teenager when she was lured into a cult. She went alone to Los Angeles in 1980 to pursue her figure skating dreams, but when she ran into a kind group of people on the beach, speaking a language of authenticity and compassion, she couldn’t resist. She joined them and their mission to save the world, leaving everything she knew and loved behind. Talking to Strangers is Marianne’s haunting story of brainwashing and eventual escape with the help of her family.

Here’s hoping for more true crime comics in the future, because I will read every single one.

If you want even more true crime comics, be sure to check out this list, too.