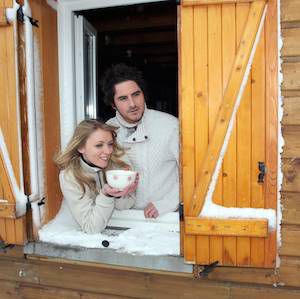 When I was in college lit classes, the word “trope” meant a figure of speech. As a grad student in philosophy, I learned a different meaning of “trope”: an abstract particular, an ontologically simple building block.

Unshockingly, I never used the word “trope” much until I started talking about pop culture with people on the interwebz. Tropes in fiction, film, or TV are just any recognizable pattern in storytelling. Any feature that can be repeated — a plot, a framing device, a narrative structure, a character-type  — can be a trope. Actually, it’s even more broad than that: a trope can relate to the creation of the story, the marketing of the story, or tropes themselves (as in metatropes).

In some circles the word “trope” is used disparagingly, but, except for a few (such as tropes that fetishize a marginalized group), I don’t think tropes themselves are good or bad. Some readers use the word cliché to refer to an overused trope, but I don’t really care how many times something’s been done if it’s done well. Sometimes I don’t even care if it’s done well. The Twitter account @TropeHeroine sends up overused and silly romance conventions, but I confess to rolling my eyes while at the same time thinking fondly of books that feature those very same things.

Depending on how you define trope, some genres have “must have” tropes. If a happy ending or a puzzle solved is a trope, then those are must haves for romance and mystery. Conversely, there are some tropes that probably won’t work well for some genres, like an unvarnished happy ending or sexy werewolves in lit fic. Of course, genres grow and change, often for the better, when writers break those rules.

Is everything potentially a trope? I’ve seen robes, booze in a drawer, and psychology (yes, just “psychology”) referred to as tropes by readers of spec fic, thriller, and mystery respectively. All head-scratchers to me, because I’m unfamiliar with those genres, but I bet fans know exactly what they signify when they show up. And that’s one of the things that’s so interesting about tropes: they aren’t just in a book. They can’t exist unless they are recognized and taken up by readers, and readers can only do that by referring to other books. 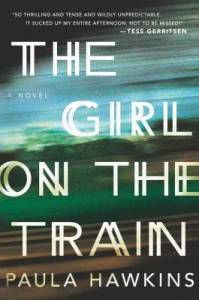 Tropes seem to have their own histories. They wax and wane. Right now the thriller with the highly intelligent but unreliable female narrator is having a day. So are kinky billionaire heroes, love triangles in urban fantasy, fated mates in paranormal, surviving sexual trauma in new adult, and dead or dying teens in YA (see this post by Jenn Northington for a more complete list). When it comes to best sellers giving tropes a boost, a lot of that is down to the skill of the writer, not just in the writing but in capturing something in the culture that needs examining or attention. 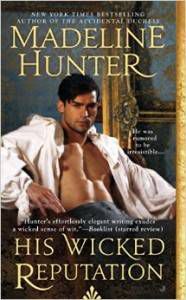 I often shop by tropes, avoiding some and glomming others. I just bought His Wicked Reputation, a new historical romance by Madeline Hunter because I cannot resist the spinster/rake trope. Marriage of convenience? Yep, as in Jennifer Crusie’s The Cinderella Deal and Devil in Winter by Lisa Kleypas. And I say yes to the closely related “sham engagement” in Tessa Dare’s Any Duchess Will Do and many, many Harlequin Desires. The enemies-to-lovers trope is another predictably satisfying one, especially when it’s done with humor, as in Christmas Crush, a lesbian romance by Kate McLachlan or It Happened One Wedding by Julie James. Then there’s the “secretly pining for the woman he has to protect” trope, done to excellent effect by Molly O’Keefe in Never Been Kissed, Carolyn Crane in Into the Shadows and Guarding Hope by Ann Mayburn. Two more faves: marriage in trouble and cabin/snowed in romances. 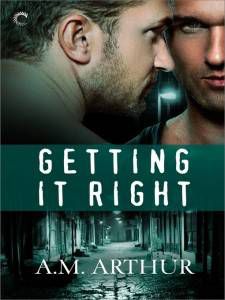 In romance, titles and blurbs often indicate which tropes are in a book. And, actually, we aren’t that far from the philosophical definition because in fiction the tropes are the basic elements, and thus skeleton, of the book. In a cabin romance, there will be a lot of hero and heroine together time. In a friends-to-lovers (like A.M. Arthur’s Getting it Right) or marriage of convenience book, there’s usually a lot of sexual tension. In a marriage in trouble romance, I expect a detailed psychology of a relationship. Knowing what tropes are in book doesn’t spoil it for me because tropes are fundamental properties, not the whole story, and a talented writer alters, twists, inverts and even subverts them anyway.

There are also those tropes I dislike and have to be convinced to try. Like guardian/ward, teacher/student, secret baby, “it’s only a fling,” and mistaken identity. Each of them has an element I find problematic, like the power differential in the first two (plus I’m a teacher, so double yuck to that one), or the lies in the third. I pass over the “it’s only a fling” because there’s rarely a plausible reason that two normal adults don’t welcome the addition of deep love to fab sex. And mistaken identity plots just stress me out. 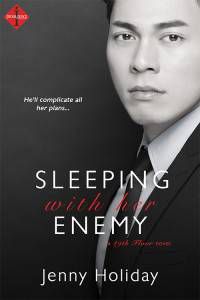 Sometimes there’s an absurdly fine line between tropes I like and those I don’t. For example, while I love cabin romances, I don’t like road romances. The road romance usually has either a suspense or a madcap element, and I don’t like too much non-romance plot in a romance. I love office romances (like Sleeping with her Enemy) but tend to avoid boss/underling romances (see: guardian/ward and teacher/student). I like friends to lovers but avoid childhood sweethearts, probably because I’m so (unreasonably) skeptical of adolescent judgment. And while the MOC gets me (nearly) every time, forget about the “quickie Vegas wedding while we were drunk” trope because, what are you, idiots?

Having shared all of that, I confess that in the hands of the right author, pretty much any trope can work for me. Infidelity and time travel are both usually nopes, but I love Diana Gabaldon’s Outlander. The long-held grudge is another, but I love Judith McNaught’s Paradise. And while the fated mate trope can take all the fun out of a developing romance, Kresley Cole could write a tortured tale of fated mollusks and I would probably enjoy it, slime and all.