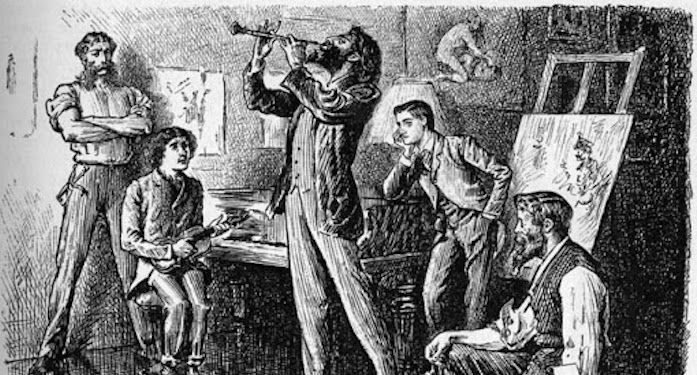 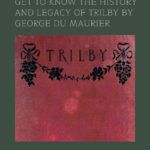 Chances are that unless you’re a fan of lesser-known classics or a devoted student to English-language literary history, you’ve likely not heard of one of the most sensational, popular books of the late 1800s. What makes this statement more surprising—prior to even noting what book—is the fact the book left an indelible mark on American and European culture. 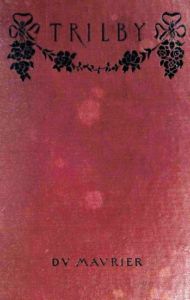 Harper’s Monthly began publishing George Du Maurier’s Trilby in January 1894, serializing it through August of that same year. Published as a book in September 1985, the novel went on to sell over 200,000 copies in the United States itself.

Trilby is the story of a half-Irish girl working in Paris who happens to have the eyes of every man who lays them on her. Cheerful as the bohemian girl was, she could not carry a tune to save her life, and it’s the desire to help her sing that drives musician Svengali to train her. Trilby doesn’t fall for Svengali, much as he wishes she would, but instead begins to fall for an artist boy visiting Paris from England. Rather than let her get away, Svengali casts a spell upon Trilby, which transforms her into a diva and masterful performer. But there’s something about the way in which she performs which is always slightly off, though no one, not even anyone in Trilby’s closest relationships, can figure out.

From here, it’s a story of rescuing Trilby from herself and more, from the influence of Svengali and his desire to keep her under his spell.

Du Mariuer’s novel is inspired by Phantom of the Opera, and it met with mass appeal in its initial publication. It was adapted to the stage in London in 1895, where it ran for a significant period of time. It landed on stage in New York around the same time, and it saw numerous revivals since, including a 1920 production at the Apollo.

But stage wasn’t the only place the novel saw adaptation. It was made into numerous films, beginning in 1914, with subsequent adaptations in 1915, 1923, 1927, 1931, 1954, and 1983. It was adapted into a stage musical in 1991, and it was even parodied in the 1940s cartoon Mighty Mouse (think like how cartoons like The Simpsons have parodied numerous pop cultural phenomenon).

This is but a sample of the story’s adaptation history. The cultural legacy of Trilby is long and deep and yet, not entirely well known by today’s readers.

Though Trilbymania and Trilbyana don’t have the same ring to them as Beetlesmania, the book’s legacy has far outlived its popularity at the turn of the 20th century.

First, a note about the character of Svengali. 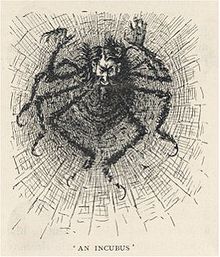 Antisemitism was widespread during the 1890s, as it was in the decades prior to and afterward. This, no doubt, played a significant role in why many critics of Trilby have pointed to Svengali being coded as evil due to his being Jewish. George Orwell was among many critics to say it’s not covert but blatant antisemitism at play, as all of the villainous qualities of Svengali are directly related to being Jewish.

That Trilby herself is seen as a poor girl in need of help highlights this even more. It should be no surprise, then, many of the adaptations of the story play into Svengali’s Jewish background as it relates to his motivations and desires to cause harm to the innocent, poor girl. It is quite likely that because of the antisemitism of the book that Du Maurier’s title doesn’t endure nor see the same study as other Victorian novels of the era.

The word “Svengali” grew beyond the covers of Trilby to parlance of the time and continues to live in the pages of modern language. It means a man with dominating powers over a female protégée. It’s a word also used through the legal system to describe a tactic wherein a defendant is a pawn in a greater criminal scheme.

Svengali is still used today throughout pop culture. It’s been used in shows like Better Call Saul and Seinfeld. The term is also frequently used when describing a male music manager in relation to how he treats his female talent. In many of the pieces following the fallout of Dr. Luke and Kesha, Dr. Luke is described as a Svengali (and rightly so).

Svengoolie launched on Chicago airwaves in the 1970s and still runs nationwide to this day. A hosted horror television program, Svengoolie, a portmanteau of Svengali and ghoul, emerges at the start and end of commercial breaks, entertaining viewers with jokes, sketches, and parodies that riff off the classic horror film being shown. In a fun bit of trivia, Svengooli appeared in a special four-part crossover story with DC Comics heroes in October 2019; in other words, Trilby showed up alongside the Justice League over 120 years after publication.

You’ve likely seen debates about what designates a hat as either a fedora or a trilby hat. Chances are, the history of the name of the trilby hat is less-known than what distinguishes it from a fedora (a shorter brim, angled downward at the front and slightly upward at the back, and with an all together shorter crown).

During a London stage performance of Du Maurier’s book, one of the on-stage characters wore the hat best described as a trilby, thus giving it its name.

“Trilby” wasn’t originally associated with a hat, though. Rather, it was a name used to refer to the foot. Trilby had a noteworthy foot in the story, and it becomes an object of adoration. When the show hit stages, “trilby” was a nickname for the foot. At shows in New York and London, spectators could purchase ice cream for the performances in the shape of Trilby’s foot.

Somewhere along the line—it’s not entirely clear how—the nickname went from describing a foot to describing a type of hat.

In The All Together

One of the joys of this particular novel is the use of illustration throughout. Du Maurier was a cartoonist and known better for these than his books at the time, and he used that skill in Trilby. To modern readers, the images at times appear risqué or even downright queer. 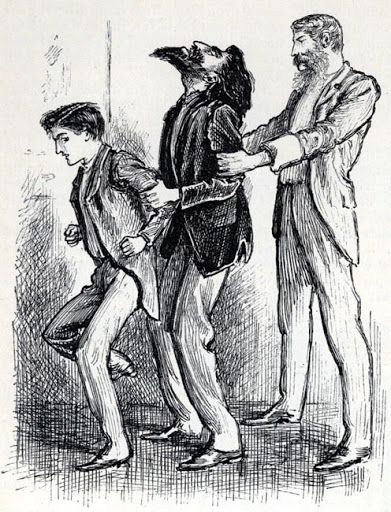 The above image, “Tit for Tat” showcases the illustrative style, packed with opportunities to read both text and subtext within them.

Du Maurier contributed the phrase “in the altogether” to the lexicon of coded sexuality in Victoriana. The phrase meant in the nude, which is how Trilby planned to model for model.

“I’ll just take a bite, if you don’t object; I’m a model, you know, and it’s just rung twelve—’the rest.’ I’m posing for Durien the sculptor, on the next floor. I pose to him for the altogether.”

“Yes—l’ensemble, you know—head, hands, and feet—everything—especially feet. That’s my foot,” she said, kicking off her big slipper and stretching out the limb. “It’s the handsomest foot in all Paris. There’s only one in all Paris to match it, and here it is,” and she laughed heartily (like a merry peal of bells), and stuck out the other.

Many critics have pointed out Du Maurier’s fascination with feet in the book, which is hard to ignore in this particular passage. We know that the trilby was parlance for foot, especially that beloved foot of Trilby herself, and pairing it with “in the altogether” is a whole story all together, too.

The phrase continues to be used to this day as a means of describing nudity, particularly as it relates to art and artists.

Just How Popular Was It?

In Joseph Benson Gilder and Jeannette Leonard Gilder’s 1895 pamphlet Trilbyana: The Rise and Progress of a Popular Novel, the team describes incredible demand for the book among library patrons in New York City: 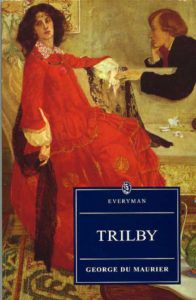 “At the Mercantile Library, New York, it was found necessary, at the time when Trilby was in greatest demand, to circulate a hundred copies of the book; at the beginning of June the number in circulation was seventy. Mr. Wingate wrote to The Critic from Boston, in June, that there were six copies of the book in the main building of the Public Library, and one in each of its branches, but that this supply was inadequate, 72 demands for the book having come from the branch libraries in a single day. And Mr. Hild writes to us from Chicago that the Public Library of that city has 26 copies, but that they do not begin to supply the demand. “I believe we could use 260 and never find a copy on the shelves. Every one of our 54,000 card-holders seems determined to read the book.””

The same pamphlet goes on to describe the phenomenon of the book and its lead character in particular, noting that shoemakers in places like Chicago and Norfolk were already fashioning shoes named trilby shoes at the height of the book’s popularity.

It’s challenging to put meaningful numbers to books published prior to the 1900s, but by many accounts, despite not being part of the common (white) western canon of literature, Trilby was one of the—if not the—most popular book of the time. Of course, as we know from contemporary literature, books that score high in popularity among readers don’t always find themselves classified as important enough to be studied or included among lists of canonical, essential literature. And given the antisemitic nature of Du Maurier’s book, it’s not entirely surprising the book fell out of fashion and remains among those not destined to return.

Yet, whether or not the book will ever be wide read or popular, its mark on literary history remains. It’s a fascinating study in how a book lives far beyond its initial printing and can infiltrate so many corners of culture.