More and more lately, I find myself immersed in travel writing, a sector that appears filled to bursting with totally ordinary white men trying to bring perspective to the world. This isn’t a criticism—much of the writing is beautiful and nuanced, but as a tiny woman, often I don’t really feel that I belong in their stories. Over the past decade, I’ve travelled to lots of different places, from Iceland to Azerbaijan and Mexico to Argentina—and I think, as a woman often travelling alone, my experience is very different to the easy confidence of a lot of travel writing.

Let’s face facts: travelling looks like paradise in Instagram photos, but in reality comes with the hefty weight of multiple challenges, some of which are felt much more bluntly depending on the traveller. Women travelling alone face inherent risks, especially in places where women’s rights are less developed. People who are disabled are rarely accounted for in guidebooks, and it’s only in recent years that I’ve seen guidebooks offering recommendations and advise for LGBT travellers. People with illnesses that may need management, people with young children, people of colour—the world of travel writing, in its efforts to broaden our view, sometimes narrows people down quite a bit. 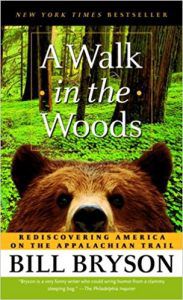 I’ve been trying to think of travel writing that embraces the challenge of offering something a little bit different. One of the first travel writers I ever read was Bill Bryson, who set out to hike the Appalachian Trail with an old friend and former addict in poor physical fitness. Neither man is prepared for the challenge—but that’s part of what made the story so meaningful when it was published as A Walk in the Woods. This isn’t the story of physically fit people training and completing a fitness challenge; it’s a story of mistakes and discoveries, friendship and real life.

Perhaps the best known or most popular tale like this is Cheryl Strayed’s Wild, a narrative of her efforts to complete the Pacific Crest Trail hike following major trauma in her life. Strayed is physically fit and able, but sets off alone as a woman to hike the trail, facing her demons along the way. Every time I read it, I feel empowered to seek big goals and give them my best shot, even if I fail. 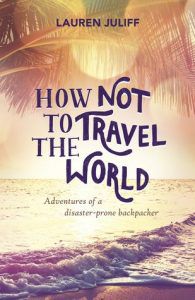 Humour is key to any travel adventure—we’ve all had experiences where something goes a bit wrong and you just have to deal with it as best you can. From lost wallets to earthquakes, travelling comes with inherent risk to balance its numerous benefits. How Not to Travel the World by Lauren Juliff addresses some of these worse-for-wear moments. It’s a bit harrowing to think that bad things might happen, but it’s much more realistic to know that than to pretend all foreign travel is picture perfect, 100% of the time.

There is a darker side to be addressed here, of course. Vincent Hugo Green wrote The Negro Motorist Green Book throughout the 1930s to the 1960s, when travelling as a person of colour was immensely difficult, as white businesses could so easily refuse to repair vehicles, rent rooms, or serve food to black people. Reading this as a white person makes me feel ashamed, which is probably why more people should read it: to see an abject horror that is much too recent in history. 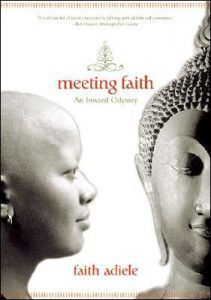 Faith Adiele wrote Meeting Faith to document her life from being a Harvard scholarship student to becoming northern Thailand’s first black Buddhist nun. Her book offers so much humour in the face of huge cultural change, massive personal development and even a raw resistance to her own feelings. Adiele’s story is one about triumphing over obstacles in the search for true meaning and purpose—and it’s a world away from the standard ‘coming of age by travelling’ stories.

The world remains big, but there are parts of it that are under-explored by the vast majority of people. In Looking for Transwonderland, Noo Saro-Wiwa travels in Nigeria, detailing both its exhilarations and frustrations, from Lagos airport to hotel managers, the terror of traffic and the gentle honesty she witnessed from even those in the worst of circumstances. Travel writing has the capacity to bring us on journeys without us ever needing to leave our own homes, but to do that, it must account for the multitudes of people, and not just the multitudes of places.