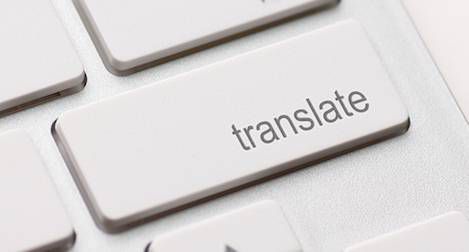 This is a guest post from Patricia Thang. Patricia is a Japanese-Chinese-American in Los Angeles, with an educational background in science, a professional background in non-profit, and no background in the book industry. Which is funny because reading is one of her favorite things in the world, second only to dogs. You may be wondering why she didn’t pursue a book-related career in the first place, but she’s baffled by it too. Follow her on Twitter @aintnopthang.

I first became aware of the existence of translators in high school, when our summer reading list included the Robert Fagles’ translation of The Iliad. I mean, obviously I knew that not everything was automatically in English, and there was an inkling in the back of my teenage mind that somehow books could be translated into any language, but the idea of the translators themselves, people who did this for a living, never crossed my mind. So many questions suddenly raced through my head: if I got a different translation, what would change? Not just the choice of words — the structure? Tone? Theme? Everything? My eyes were opened to endless possibilities.

Being a translator would be my dream job. First of all, it would allow me to turn my love of books and reading, as well as my passion for language, into a career. Not only that, but translators have always seemed, to me, to be standing just outside of the spotlight, which is the type of position that has always suited me well. For instance, in high school I played in the orchestra for the annual musical production. And while I chose to be in such a position because I’m an introvert and nothing petrifies me more than being the center of attention, I would have still liked to receive some recognition, some appreciation for my contributions. Because without the orchestra, a musical would lose its defining characteristic. Without an orchestra, you couldn’t have a musical at all.

Likewise, I have a feeling that translators don’t get the recognition they deserve. I’ve looked through all my books that are translated from other languages, and on almost all of them the translator’s name did not appear on the cover (and even if it did, it was in a small font and placed such that it wouldn’t stand out). I instead had to flip through the book itself to find the name on or near the title page, which most people don’t even look at! But without translators, books from entire parts of the world would be completely unavailable to us. So I am proposing that we, as a book-loving community, collectively vow to take the time to recognize and appreciate the work of translators. Not only is their work extremely important in giving us incredible content from around the globe, but it is also hard as hell. How hard, you ask? Oh boy…

I’m sure we’re all familiar with the experience of pasting an entire paragraph of foreign language into Google Translate, only to get back a word-by-word, literal translation that is absolute nonsense. Having had the privilege of growing up in a bilingual household, I’ve had first-hand experience with going back and forth between languages. I’ve been on the side of criticizing bad translations — correcting my parents, not to mention seeing many a half-assed subtitling job on Internet videos — and I’ve been on the side of having to provide a translation — struggling when certain words exist in one language but not the other, trying to decide whether to provide a translation that either is accurate or sounds sophisticated, but rarely both.

The job of a translator is not as simple as taking the words of one language and switching them into another. A translator is also responsible for interpreting the heart and spirit of the original author’s words into a completely different language. Writers are very intentional in every decision they make, from imagery, to tone, to rhythm and flow. These and more are aspects of a work of literature that a translator has to take into consideration and be able to recreate using completely different materials. Will the reader of the translation have a comparable experience to the reader of the original? It’s like the most sophisticated game of telephone that’s ever been played.

To think that there are people with that level of mastery of multiple languages is just mind-boggling. If it were up to me, translators would run the world. No more misunderstandings, no more misjudgments. Can somebody say world peace? Okay, a little over-ambitious? Alas, that’s not the world we live in, so I guess we’ll never know. But for now, let’s just all promise to take a moment to recognize and appreciate — and maybe learn more about — the translators who have given us what is, what I think we can all agree on, the greatest gift there is — more books!