Comin’ atcha this month is a batch of mouth-wateringly awesome books in translation: a haunting tale from Mozambique, a fictionalized account of violence in 1950s Lebanon, poems from a brilliant but tragic Peruvian poet, and a Spanish thriller in the style of Graham Greene. I know, right?! Enjoy, and be sure to tell us which translated works you’re reading this month. 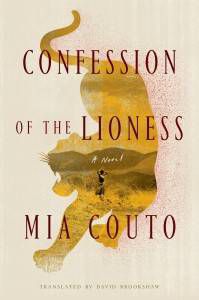 A biologist by profession, Couto is also one of the most respected writers in Mozambique and Portuguese-speaking Africa. He’s also received numerous literary awards, including the 2014 Neustadt International Prize for Literature. Cuoto’s Confession of the Lioness is a haunting story about the women of a remote village who are being hunted by “ghostlike lionesses.” Are these animals real or are they being conjured by these women in response to community-ingrained oppression? Confession is a fascinating exploration of the conflict between modernity and ancient traditions. 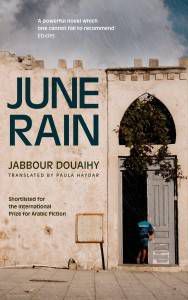 Shortlisted for the International Prize for Arab Fiction, June Rain is Lebanese writer Jabbour Douaihy’s latest novel. In it, Douaihy transforms an actual violent confrontation between two Christian communities in his hometown in the 1950s into a novel that explores perspectives, motives, and loyalty. Douaihy revives this painful event to ask how two such close communities could descend into such brutal violence. 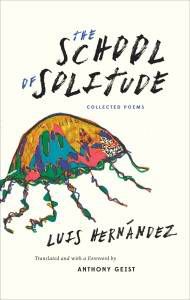 Though Hernández died young, this Peruvian poet did publish three books, one of which was The School of Solitude. Based on his eclectic and wide-ranging notebooks, the poems of School balance ideas about happiness and fulfillment with solitude and the world of dreams. This first book of Hernández’s poetry to be published in English also includes rare images from his notebooks. 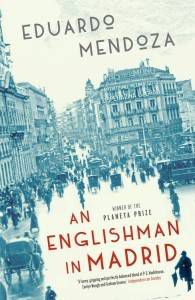 This book had me at “international literary thriller in the tradition of Graham Greene.” Award-winning Spanish writer Eduardo Mendoza takes us back to the eve of the Spanish Civil War, and to a naive English art historian who’s come to Madrid to value an art collection. Caught between nationalist party sympathizers and Soviet spies, the Englishman falls in love with the daughter of the art collector/duque. I’m already hooked.