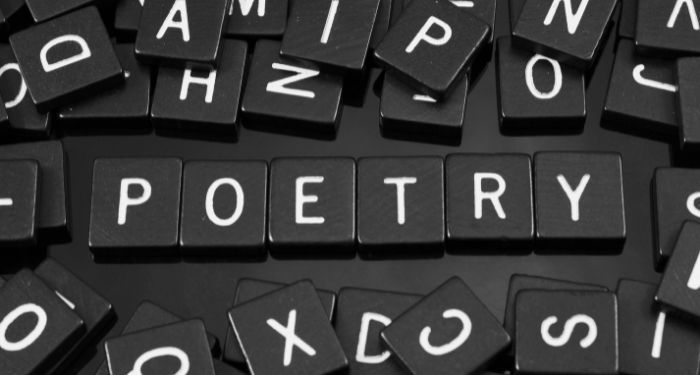 Some of the most important parts of Drive Your Plow Over The Bones Of The Dead, by Nobel prize winner Olga Tokarczuk, are the scenes where the main character and her best friend busy themselves translating the words of William Blake.

Janina and Dizzy, both Polish, consider fragments of the original poems and reflect on the translation: they discuss in depth the language to be used, what the author meant, and what is really the most important for poetry in translation: trueness or intent; staying as close as possible to the original text, or changing whatever is necessary to pass on the meaning the original was trying to convey.

An interesting fact is that Drive Your Plow Over The Bones Of The Dead, the novel, has taken its title from one of Blake’s poems, Proverbs Of Hell.

As I read the book – which is filled with short transcripts of Blake’s poetry – I too wondered how I would translate those bits and pieces it into my own native language, Portuguese. There are so many variants in a language that allow for legitimate translations of the same text, and there is always the fear that a better, more accurate translation is just around the corner.

If we turn to Blake and to his Proverbs Of Hell, a part in the poem explains this struggle: “A fool sees not the same tree that a wise man sees.” Anyone who has ever had to examine a text for school can attest to the unfairness of being marked a wrong answer just because one’s examination differs from that of the textbook – or the professor.

In poetry, especially, is it fair to assume the author’s intention, especially when they leave space for an open interpretation? Who is to say my personal interpretation of a piece of literature is wrong, really, when each single reader brings with them a metaphorical suitcase, filled with life experiences which shape the way they perceive things?

One of Portugal’s most famous writers is perhaps Fernando Pessoa. He is known for his philosophical divagations in volumes such as The Book Of Disquiet, and for his poems. Pessoa was a curious character, a prolific writer, who had several heteronyms and molded words at will.

I am a big fan of the Fado music genre, and many of Pessoa’s poems were turned into songs; a few years ago, on vacation in Portugal, I ended up buying a collection of Fados entirely comprised of the words of Pessoa. I have absolutely no complaints about the music itself, but the little booklet it came with had all of the poetry sung in the album both in Portuguese and in English, and I swear I almost collapsed when I looked at the translations.

This is not the only time I’ve seen translations of poetry into my native language which absolutely botch the original. There is always, no exception, a thing or two I would tweak, either because I think it sounds better, or because I believe it encapsulates the idea of the poem, or the peculiar words chosen by the poet, better. And yet, often I am also surprised: I will stumble upon a translation, recognise I would not have translated it with those words, but agree that those words are, in fact, much more fitting of the poem.

It is difficult to define how much you lose or get from a translation. The ideal, of course, would be to speak all of the languages of the world and to not have to translate a thing. Because language isn’t merely knowledge, it is a feeling.

Native writers may not know why grammar works the way it does, but most of the time they will know to tell you that this doesn’t sound right, and that that does.

Managing to create beauty, and to encapsulate feeling, into words is one of the most difficult things to do. Keeping that beauty and feeling in translation might be impossible, which brings us again to the case of being truer to the intent of the original than to the words used, and where to draw a line.

Personally, I think Portuguese is one of the most beautiful languages in the world, and that no English translation of any poem can come close to holding in itself the beauty of the original. But maybe this is just sentiment talking, my own understanding and feeling – always the feeling – of the language I know best, the language that raised me and which I will always know most deeply.

I can translate one of my favourite Portuguese poems into English and feel like I did a good job. But I will still be wishing you could experience my language the way I do. Which, unfortunately, is not possible (unless you know and speak the language).

Then, of course, there is the issue of puns and made up words. PURgatory and PurGATOrio (where do cats expiate their sins before going to heaven?) will work for natives of both languages, but when someone (like author Mia Couto) makes a mash of the words bless (benção) and dream (sonho) to form abensonhadas – which makes perfect sense in Portuguese – how do you translate that and still keep both words, and the original intent and meaning? Well, good thing I am not a translator, or you would probably get dressed or bleam, which is gibberish.

Still, I think translations are always a valiant effort for sharing stories and for promoting wider accessibility, which brings us to another important issue within the subject of translations: who should translate what.

At Biden’s inauguration ceremony, Amanda Gorman took the stage by storm. Her poem, The Hill We Climb, was made into a book and translated worldwide. In the Netherlands, the translation work was gifted to writer and poet Marijke Lucas Rijnveld.

As much as Rijnveld is a brilliant writer (having won the International Booker Prize for his debut novel Discomfort Of Evening), he is neither a translator — or versed in English, as it was apparent at the Booker’s award ceremony — nor is he a person of colour. The publisher’s choice, it seems, was made merely out of popularity, and out of the fact that several publishers continue to grant certain rewards to the same popular – and usually white – authors over and over again, either that is the best fit or not.

Of course, the conversation started: why was Rijnveld given this honour when there are so many Black translators better suited for it and struggling to find a job? And how much of the core of the poem will Rijnveld really be able to translate properly, being that his own experience with race and culture differs so much from that of Gorman?

In the end, because these questions arose (something that would probably not have happened a decade ago) the translation ended up going to Zaïre Krieger.

This does not mean nothing is lost in translation, for such is the risk of trying to convey a language. But when you know the language in translation and the experience being translated into on a deeper level, a piece of poetry might still work for readers the way the original works for native speakers: it may touch the same heart strings, and invoke the same feelings.

Nothing won, nothing lost, everything transformed.

If you have enjoyed this piece, here are a couple more you won’t want to miss:

Why I Used To Be Scared Of Poetry

Can A Translation Be Better Than The Original Book