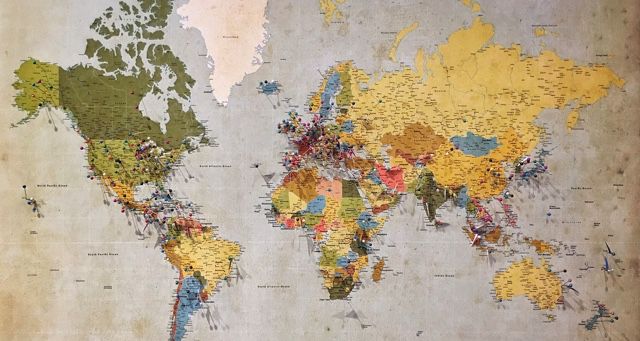 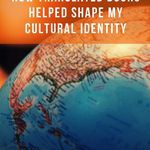 The first full novel I read in English was Nausea by Jean-Paul Sartre. I read it every day alone on the Paris metro, on the way to and from French classes, when I was 15. This anecdote can seem pretty pretentious at first glance, but hear me out. I was born and spent most of my life in Belém, Brazil, the capital of the northern Amazonian state of Pará. My family has traditional indigenous roots on my father’s side, while on my mother’s side I am considered second-generation Brazilian by my Lebanese grandmother. So it’s fair to say that I did not have the most monotone linguistic or cultural upbringing. I listened to all sorts of languages and speech patterns before I could even talk and these later translated into my identity as a reader. I attended bilingual schools and took language courses from a very young age, which allowed me to explore several kinds of literary traditions. 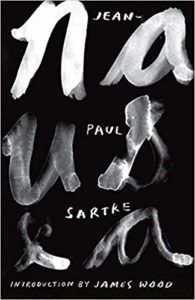 Despite this, I don’t think I truly realized what it meant to be a bilingual reader until I went off to college. I went to an American university and, for the first time in my life, I became wholly removed from my first language, Portuguese. I had grown up hearing a bit of the Tupí dialect of northern Brazil, and a bit of Arabic and French from my grandmother, but Portuguese was my every day; it was the language I spoke to my family, and it was the language I first fell in love with reading.

So, when I first arrived in this Anglophone world, I felt a bit out of place. I knew how to speak, read, and write in English fluently; I had all the tests and certificates to prove it, so I didn’t expect this new environment to change my relationship to language nor my identity as a reader. For four years, I was completely immersed in English, everything from work to school to friendships was in English; the more I read in English, the less I did in other languages.

Eventually, I started to train my brain to think in English exclusively. I did this as a way to blend in and shed the recurrent academic prejudices that followed international students. I noticed this right away with my reading. By the time I got to college, I already had an extensive English-reading list under my belt. I was even considered by my school’s admissions team as having the equivalent of a bilingual mastery of the language. However, this did not mean I was thinking about the world around me in English. I would only notice a significant change once I returned home and for a brief moment could not remember small words in Portuguese while talking to my mother in the kitchen.

More worrying, was that I noticed a growing disinterest in reading books in Portuguese. That was a turning point for me. I started realizing that my entire reading life was now completely defined by the Anglophone world, and so was my world view. I tried to look for books where I could find an intersection, a story that contained the linguistic and cultural plurality I had once lived in. But these reads were rare and mostly unsatisfying. This intersection of languages was my main struggle as a reader. I was trying to find something that would accommodate this newfound English brain without losing my own, and my family’s culture.

One of the things that helped me regain my identity as a multilingual reader was working with translation. I took a course focused primarily on French to English translations, which allowed me to understand what it truly meant to be a reader with a bilingual brain. It also helped me understand how the process of translation can change a text, and even its meaning, entirely. For instance, an entire paragraph in French can be summarized in three English sentences, simply to adapt to the cultural and linguistic modes of the target language. Translated literature helped me realize that I wasn’t alone in this feeling of being alienated from one’s linguistic roots. I found in literature several authors and characters who shared the same problems as me; problems that surpassed reading and living in this culture of in-between languages, people who had also questioned their sense of home and identity. 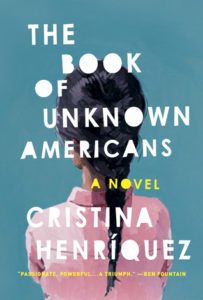 I began searching for titles that could explain to me what it truly meant to live apart from your language and culture, and I found The Book of Unknown Americans by Cristina Henríquez and A Concise Chinese-English Dictionary for Lovers by Xiaolu Guo. Not only did these books understand this identity crisis I was having, but they also created a cultural exchange of immigrant stories that helped me reconnect with home, while I tried to find a new one abroad.

I started looking up translated literature more, making it my primary literary passion. I began to recommend several of my favorite Latin American authors to my American friends to read in translation. I gave them titles that defined my new-found sense of identity both as (in the American context) a Latina as well as a Portuguese speaker. These translations were still few and far between, but I managed to find excellent editions of some remarkable authors such as José Saramago and Clarice Lispector. Even genre heavy work, such as Raphael Montes’s horror-thriller Perfect Days, helped me bridge the cultural and linguistic gap between me and my friends.

Translated literature is still an expanding market in the U.S., but the more connected we become as a world the more necessary it becomes. I am privileged to have grown up with different languages and cultures around me, but I know that this is not the case for most people. Through translated works we bridge this gap, we explore different cultures and see through the eyes and experiences of people completely different from ourselves. As readers, we are fortunate to experience this plurality of languages and cultures that now inhabit literature, without the communication obstacles that once defined cultural exchange; because of this, it is essential to keep the interest in diverse voices and stories in the publishing world. By reading translated authors, we are expanding our possibilities to include more than one language, culture, or story. Without translated literature I could have never found a home outside my country; it helped me find a new identity in a new language.