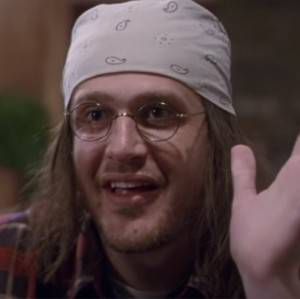 You know how your social media feeds blow up whenever a Star Wars or Marvel movie trailer drops? You know how long-waiting fans express their excitement in a kind of breathless, hand-flailing joy? Well, that (possibly unhealthy) degree of hyperventilatory gushing is more or less what I experienced when I recently saw the trailer for The End of the Tour:

I’ve long thought that Segel was a sneaky-smart choice to play DFW (based largely on his lovable hangdog performance in Freaks and Geeks), and now I’m pretty confident that I was right, but what else does the trailer tell us?

The End of the Tour isn’t so much a straight biopic as it is a snapshot of a time and place in the lives of two men. David Foster Wallace obviously draws the headlines, and there’s almost no chance that The End of the Tour doesn’t end up forever known as “The DFW movie,” but it’s clear from the trailer that the other Dave – David Lipsky, author of Although of Course You End Up Becoming Yourself – is going to play as central a role to the movie as his more famous counterpart. The trailer, and presumably the movie itself, even makes joking reference to that near it’s opening when Lipsky (Jesse Eisenberg) steps around Wallace to introduce himself to a less-than-impressed woman.

Some hardcore DFW-ites (I confess myself to be among their number) might feel like the film should stay zeroed in on Wallace as much as possible. He’s the big draw here, after all. But I liked what I saw from the trailer in terms of its broader focus on the relationship and interplay between the two Daves. The film was born from Lipsky’s book-length interview with Wallace, after all, and so building a film that plays on the buddy-picture elements inherent in that scenario feels like it will enrich the film rather than spread it too thin.

In particular, I like that the trailer frames the narrative from Lipsky’s view. We hear his voiceover, explaining that DFW had every thing that Lipsky wanted, which is part of what draws him to Wallace as an interview subject. Of course, we know from Wallace’s suicide, D.T. Max’s biography, and even from Wallace’s own work that the reality upon which Lipsky based his assumptions was shaky at best. If the film explores that discrepancy and mines the tension that naturally arises when we meet our heroes (and the trailer seems to suggest it will), the chances for the film’s success rises sharply.

Which DFW Will We See? 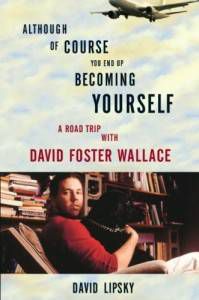 If I have one worry about The End of Tour, it’s that it will veer into hagiography. DFW was a brilliant writer and an enlightening thinker, but he wasn’t a saint. And though one movie about one four-day interaction with a person can’t be expected to shed light on every aspect of their humanity, a couple of things I saw in the trailer make me wary of some potential wart removal.

My worry stems in part from the “I treasure my regular guy-ness” line that Wallace delivers about 2/3 of the way through the trailer. It’s not that Wallace never said stuff like this (he did, often), but rather that it sets a tone for the trailer (and, potentially, the film) that paints Wallace almost exclusively as the humble, put-upon genius trying desperately to crawl out from under the too-demanding spotlight. Jason Segel has specifically referenced Wallace’s much-loved commencement address from Kenyon College in 2005 when talking about his preparations for the role (to be fair, he’s referenced a whole bunch of Wallace’s other writings and interviews), which has gone a long way towards coloring the broader public’s view toward DFW as a sharp, sheepish, earnestly humble monk. And though there’s no question that Wallace’s personality fell more in line with the oft-quoted tenets of his address at the time of his death in 2008, in 1996 – the year of the film’s setting – under the strain of Infinite Jest‘s book tour, it’s likely that some of his more bitter, destructive traits (like the excessive drinking and anger detailed in Max’s Every Love Story is a Ghost Story) would’ve reared their heads around this time.

Look, I understand the difficulties of honestly portraying a highly complicated and beloved public figure on film. The admiration that the participants have for the figure being portrayed can get in the way, as can the desire to avoid tough truths when there are still so many who knew and loved him with a stake in the proceedings. That said, The End of the Tour needs to acknowledge the complete person of David Foster Wallace, not simply celebrate his admirable combination of intelligence and dissatisfaction with the shallower parts of our culture. The trailer leaves me uncertain if that will be the case, though it certainly doesn’t deprive me of all hope.

Like I said to begin, this trailer got me excited. As a fan of DFW’s writing, I wish it were a major studio release with a massive marketing budget. There’s an alternate universe someplace where Wallace’s novels and nonfiction line the shelves of Target to coincide with the movie’s release. As it stands, The End of the Tour looks to be a lovingly constructed indie picture that may or may not have much of a commercial life beyond the kind of audience drawn to Wallace’s writing.

But that’s not necessarily a bad thing. Segel and Eisenberg look to be bringing their A-games, and as far as source material goes, Lipsky’s book is a pretty excellent place to start. A massive box-office return was probably never in the cards for The End of the Tour, but that doesn’t mean it won’t be an excellent film. If the trailer is any indication, it has a real shot.