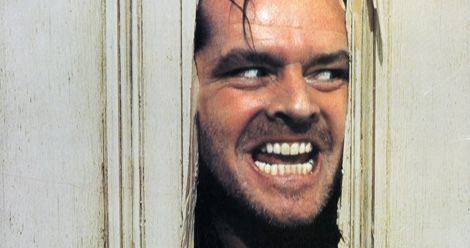 This post on toxic masculinity in The Shining is sponsored by The Vanishing Box by Elly Griffiths, book four in the Magic Men Mystery series. 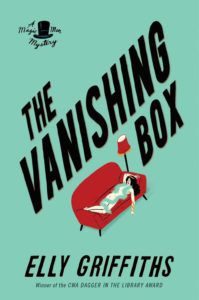 In the fourth Magic Men mystery, magician Max Mephisto and his daughter Ruby have landed a headlining gig at the Brighton Hippodrome, the biggest theater in the city, but when a girl from another act goes missing and turns up dead not long after, Max and Ruby realize there’s something sinister afoot in the theater.

DI Edgar Stephens is on the case. But just as he’s narrowing in on key evidence, Ruby goes missing, and he and Max must team up once again to find her.

A couple years ago, I reread The Shining in preparation for my overnight stay at the real Overlook Hotel. Out of all of Stephen King’s books, this may be the book that I’ve reread the most often. It was the first King book I ever read, at the tender age of 14, and it set a standard for every haunted house novel I read afterwards. What I’m trying to say is that I know the story forwards and backwards and during that reread, I was expecting to revisit a familiar, favorite story and nothing more.

If you’ve never read or seen The Shining (and I really, really think that you should), the basic premise is that Jack Torrance accepts a winter caretaker position at a remote hotel in the heart of the Rocky Mountains, and moves his wife Wendy and his son Danny in with them. But the hotel is super-duper mega haunted, and as the snow blocks the hotel off from the phone and the road into town, Jack succumbs to the evil spirits at work in the hotel and goes after his wife and son. A pretty simple horror story, complete with isolation, claustrophobia, and lots of scary ghosts.

Of course, the characters are what really make the story tick, and we get a lot of background information about each of them, especially Jack. We learn that Jack is a former prep school teacher who was fired for physically attacking one of his debate students, as well as a recovering alcoholic who several years ago accidentally broke his son’s arm. He comes from a dysfunctional family and both loves and fears the memories of his abusive father.

Jack flashes back to these incidents (the attack on the student and the broken arm), but his memory has been tainted by booze and rage, and so he can’t remember exactly what happened. He feels shame (“Dear God, I am not a son of a bitch. Please.”) but then talks himself out of it. In the case of his student, for example, the student was angry because he thought Jack had intentionally disadvantaged him by setting the timer ahead during debate practice. In his memory, Jack denies that this ever happened, and even if it had happened (“and of course he hadn’t”), it was for a good reason.

When Jack drunkenly breaks Danny’s arm, he feels sick and occasionally manages to acknowledge the incident as a pattern of aggressive, violent, drunken behavior, but ultimately he likens these incidents, and his history of alcoholism, to a wasp’s nest. “Could you be expected to behave as a thinking human being when your hand was being impaled on red-hot darning needles?…Could you be held responsible for your own actions as you ran crazily about on the sloping roof seventy feet above the ground, not knowing where you were going?”

The answer of course, is yes, you can, and should, be held responsible for your own actions, but Jack doesn’t seem to think so. He views himself in a passive sense—a person who does not act, but is acted upon—unless he is taking action against those who have wronged him. When his wife, Wendy, suggests taking their son down the mountain because she is afraid for his health, Jack lashes out, saying that his chance at redemption will be ruined forever if she makes him leave, failing to acknowledge that it’s his actions that have put them in the current situation in the first place.

As the story progresses, it becomes clear that the ghosts of the hotel are feeding Jack’s weaknesses as a way to manipulate him, but this never absolved Jack for me. Instead, it made me aware of how our society feeds and amplifies these same weaknesses, only this time it’s fed by blaming immigrants and minorities for the country’s problems, or not holding a man responsible for grabbing women by the pussy. I may not be trapped in a snowbound hotel with these men, but the sense of claustrophobia and inescapability is still there.

I should point out that I last reread The Shining in July/August of 2016, which was right in the middle of the presidential election, so it’s no surprise that I was primed to notice men refusing to take responsibility for their actions. But I see this in a lot of other horror as well, where the scariest elements are not the ghosts or the monsters, but the people who are allowed to act with impunity, and the fact that these people are often unaware or uninterested in the consequences of their actions. Am I reading too much into these novels? Or am I just now noticing what happens when a genre is almost completely dominated by male authors?