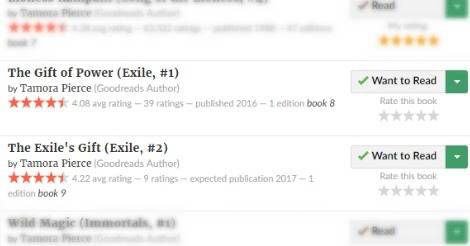 I was scrolling through Facebook on my phone when I saw something that made me gasp.

Apparently some people already knew this was happening, based on how many whiny Goodreads comments there already are about the publication date being delayed, but I did not know it was happening. And now that I do know…my mind is blown.

As Tammy P said, the new trilogy going to focus on Numair’s Carthaki past as Arram Draper. I imagine we’re going to learn how he was banished, what happened between him and Ozorne, and what he and Lindhall Reed were up to all those years ago.

Emperor Mage is one of my very favorite books, even among the Tortall novels. I’m intrigued to see how more background information about earlier Carthak will affect that story. Prince Kaddar always seemed wistful for the empire’s past; I wonder if we’ll get a glimpse of the golden era he wished he could bring back?

Numair always sounded like he had such an interesting past: learning to juggle, studying crazy forms of magic, and struggling to juggle to support himself after being banished from Carthak, not to mention the actual events leading to the banishment itself.

I do have some concerns about the effect the new Numair series could have on my feelings about the established Tortallian characters. More specifically: how will knowing more about Numair change The Immortals series and its central romance?

When I first read The Immortals, I was ten. Daine was a cool older girl who awesomely fell in love with a man who was a bit older than she was. Now I am 30, just like Numair was when he first hooked up with sixteen-year-old Daine in a cave in The Realm of the Gods (say it with me: canoodling!).

That book’s prologue even describes Daine as “Numair’s teenage friend.”

I already have to metaphorically put my fingers in my ears and hum to stay on board with that relationship. I’m worried that if I know more about Numair’s full and much, much longer life, their romance – which I love to love – will be even harder to root for.

Change scares me, especially when it happens to my favorite stories. I’ve reread the OG Tortall books (Alanna and Daine) probably 20 or 30 times. I am deeply entrenched in my feelings about these characters. And I love those feelings – I don’t want them to change.

All of that said: when Tamora Pierce is at her best, there’s nothing I love more. I’m going to read the hell out of the Numair books as soon as I can get my hands on them.

Who else is freaking out? Talk to me.