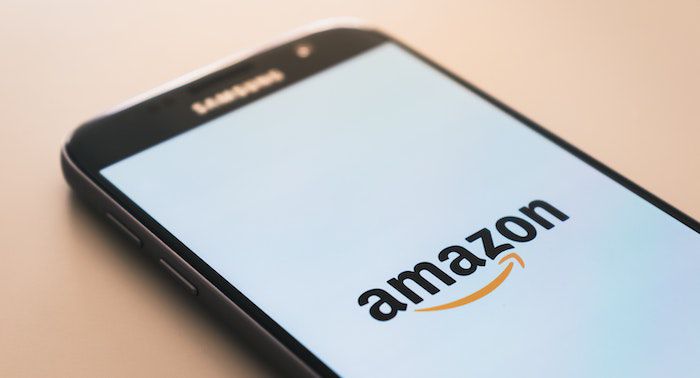 For those of you who were not yet born in the dark ages of the internet, back when CDs were cool and people were still sometimes confused by the new use of the word “mouse,” Amazon did not used to be the place you bought everything and had it delivered to your door. It started as a website dedicated to selling books. No, not ebooks; those didn’t exist yet. Physical books. Usually hardbacks. The website (a brand new word in 1995, having just been coined the year before) looked like this:

Quick linguistics moment: while the word “e-mail” dates back to 1982 [collapsed by the Associated Press to just “email” in 2011], it was definitely not in common usage in 1995. Note the use of “mail” instead in the paragraph about Eyes & Editors.

It is difficult to explain just how strange the idea of buying things online seemed at the time, especially to people still used to browsing giant catalogs to look for holidays gifts, so I’ll spare you the reminiscing details and get to the point: Amazon has been keeping data on books for 26 years, and today I’m going to dig into it with this list of the top Amazon books across the decades.

In 1995 the top book sold at Amazon was, unironically, How to Set Up and Maintain a World Wide Web Site. Of the top 25 books sold in that year, seven of them were related to computers, the internet, or coding in some way, including Bill Gates’s memoir The Road Ahead. This makes a certain degree of sense, considering that the people who would be the most likely to buy a book off of a website are people who were already familiar with computers. The list is also more nonfiction than in following years.

In 1996, the top Amazon book was once again a book about navigating the World Wide Web: Creating Killer Web Sites: The Art of Third-Generation Site Design. Next, though, comes Tom Clancy’s Executive Orders, and most interestingly to me, also in the top 25 comes Virus of the Mind: The New Science of the Meme. Memes! In 1996! The word was actually 20 years old at that point, although it didn’t come into the commonly understood use until 1997, which is the first year the top book on Amazon was a fiction title — Cold Mountain — and also the last year that Amazon only tracked books; CDs and vinyl began to be tracked in 1998, when U2’s Best of 1980–1990 topped the chart.

2000 to 2007 was the Age of Harry Potter in the book world. The books topped the charts yearly, starting with Goblet of Fire in 2000 and culminating with Deathly Hallows in 2007. In 2009 the fervor was still in full effect, but the physical books themselves were not in the top 25. However, as of August 30, 2021, there are two books from the series in Amazon’s top Kindle ebooks, both under “most read” and “most sold.”

In 2010, all three of Steig Larsson’s The Girl with the Dragon Tattoo books were in the Amazon top 5 for physical books, and the top 1-2-3 of Kindle books. I clearly recall this era in books; Scandinavian psychological thrillers were all the rage for awhile, and of course while Larsson wasn’t the first person to come up with “The [noun] with/who a thing/did a thing,” he definitely cemented that title convention in the English speaking book world’s collective mind.

In 2012 we entered the world of E L James and her Fifty Shades Trilogy, and say what you will about it, but the popularity of the series did some heavy lifting in making kink and consent part of our normal lexicon. In 2015, a baby board book beat out The Life Changing Magic of Tidying Up for that coveted top spot in physical books (there’s a joke in there somewhere…), while The Girl on the Train topped the Kindle charts.

Skipping ahead to 2020, Barack Obama’s A Promised Land topped physical books, but not for as long as Michelle Obama’s Becoming did; the First Lady of our Hearts topped the charts in 2018 and was #2 in 2019, while in 2021, Barack’s latest has dropped to #35.

An interesting anomaly in the top Amazon books by year is the continued presence of The Body Keeps the Score (published 2015) and The Four Agreements (2018) for the last two years. In my capacity as an armchair psychologist and epidemiologist, I suspect this has something to do with the way the world spun on a dime and we are all a bit at sea (to mix my metaphors) as to how to cope.

As of August 31, 2021, the top-selling physical book for 2021 is Mark Levin’s American Marxism, and the top ebook is Kristin Hannah’s The Four Winds.

Amazon introduced the Kindle in 2007, and in the intervening 14 years, the self-publishing industry has exploded. Authors no longer need to find a publisher through the traditional routes of slush piles, discovery, agents, and editors (although that is a perfectly reasonable way to get your work published, don’t get me wrong). But with the expanded multiverse of publishing has also come the famous (among authors) Amazon Algorithm(s). A Google search for that search term returns 33.6 million results (in .63 seconds, no less; take that, 96-baud modems of 1995!).

Amazon uses multiple algorithms to promote self-published books, and one can safely assume that they are used in similar ways to suggest traditionally published texts. The challenge here is knowing what the algorithms are looking at, and there are many articles and thought pieces out there making suggestions. The most recent article I found points out that the algorithms prioritize consistent sales as opposed to erratic ones, a robust keyword selection, and what is called “market fit.”

This is where my eyebrow begins to go up; studies have shown that algorithms tend to exacerbate the white supremacy that is baked into American culture, and at this point it is fairly common knowledge that the 24-hour news cycle can put people in a feedback loop wherein they only get news/information that fuels their own beliefs. This can also happen in a “market fit” algorithm; if a person has only purchased books by white cis-het male authors, the likelihood of them purchasing a book by a Black and/or queer author is lower, and thus Amazon’s likelihood of making a sale is lower. Similarly, if someone only purchases nonfiction, the algorithm is not going to deem a lot of fiction to be a good “market fit” for that person. All of these things are driven by the insatiable need for profit (and are not limited to just Amazon, to be fair); if you can be convinced to add two things to your cart instead of just the one thing you came for, profits go up.

Another point regarding the Amazon algorithm is that they are looking at views vs. sales. “Two books could have the same number of daily sales, e.g. 1,000 sales, but if one book page has been visited 2,000 times that day and the other has been visited 10,000 times, Amazon will favor the former,” according to Reedsy’s article about demystifying algorithms.

All that to say, while the top Amazon books may seem straightforward, the way that suggestions are presented to potential buyers definitely is not. There are so many factors weighed when generating a “suggested titles” list that it would behoove all of us as readers to make sure we are not only diversifying our reading, but also diversifying our searches.