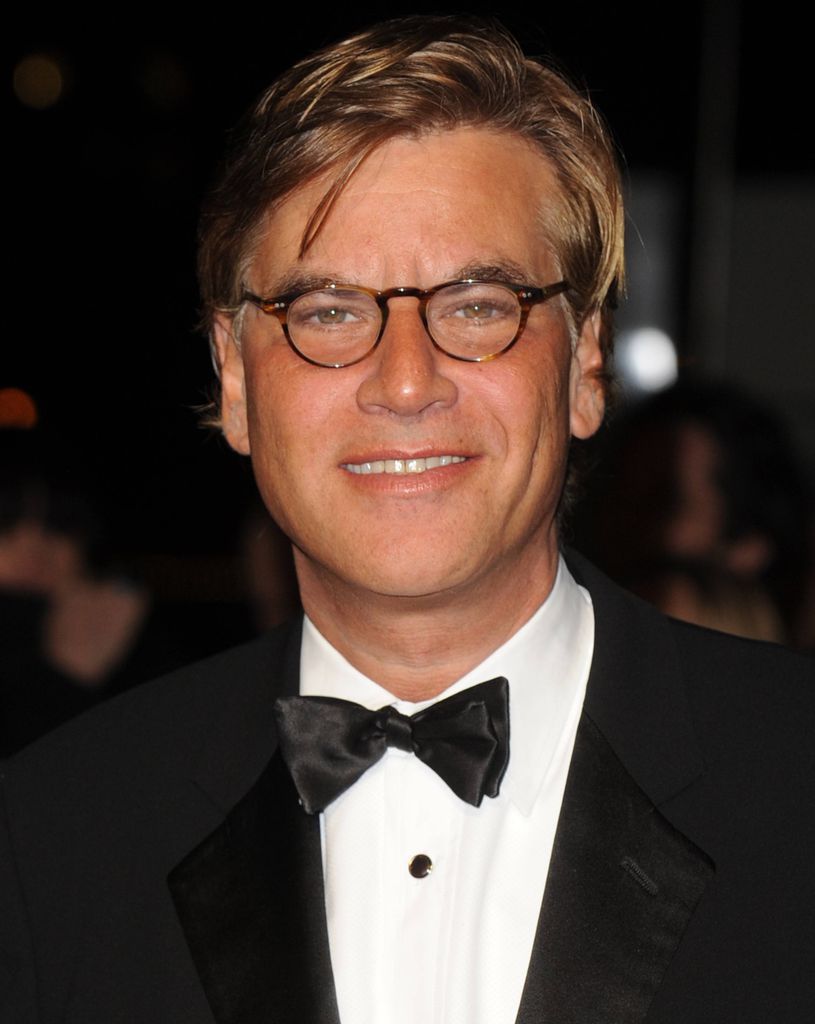 I’ve expressed before my total geekdom for all things politics and news-related. My day job as an editor for a newswire in DC totally feeds into – and probably spawned – this nerdtastity. I also love great dialogue, robust plot lines and engaging characters. Which is why it should be no surprise that I am also a total fangirl for all things Aaron Sorkin.

Best known for his creation of The West Wing (though he left after season 4), he’s also the scribe behind the television shows  Sports Night (a short-lived cult favorite) and Studio 60 on the Sunset Strip (the other show sort of about SNL), and the screenplays for A Few Good Men, The American President, The Social Network, Charlie Wilson’s War and Moneyball (though the last three on the list are adaptations of books).

Now, Sorkin is behind the new series The Newsroom, and while it’s been getting mixed reviews, I have no qualms proclaiming my affection. It is classic Sorkin: walk-and-talks, the idea of the workplace as a surrogate family, liberal commentary on the world at large, and of course, plenty of cultural and literary references. Sorkin is infamous for reusing plot lines, character dialogue, even episode names.*

I could write a post JUST about the Biblical references in The West Wing alone (see episodes: “In Excelsis Deo,” “Take This Sabbath Day,” “Two Cathedrals,” “Isaac and Ishmael,” “Shibboleth,” etc., etc., etc.).

The Newsroom has not disappointed, and the pilot episode featured references to Don Quixote as a rhetorical and plot device.

The West Wing is the most robust place to pull references since it ran the longest of any of his work, but Sorkin manages to sprinkle in excellent literary allusions in most of his work. Here are my eight favorite. Are there others I missed?

2. In The West Wing‘s first season, in the 16th episode, “20 Hours in L.A.,” Donna prods Josh to make a move on Joey Lucas: “Gather ye rose buds, while you may, Josh. You know what that means? It means you should take the time to gather rose buds now cause later you might not be able to.” This is a reference to the first line of the poem “To the Virgins, To Make Much of Time” by Robert Herrick.

4. Leo, in Episode 15 of The West Wing‘s first season, says, “Never argue with a drunk or a fool.” This quote is from Khalil Gibran, who was Lebanese poet and artist.

7. From The West Wing’s second season, episode 22, President Bartlet says, “You can’t conceive, nor can I, the appalling strangeness of the mercy of God,” says Graham Greene. This line is from Graham Greene’s book Brighton Rock.

8. And another Sorkin trademark, reusing references, in “The Head Coach, Dinner and the Morning Mail,” the sixth episode of Sports Night‘s first season, Dana references Don Quixote with Jeremy:
Dana: Don Quixote was a hero of my father’s and my father would like you. You’re a very quixotic character.
Jeremy: Thank you.
Dana: Of course, my father would also say, you’re a fool.
Jeremy: That’s entirely possible but in my own defense, so was Don Quixote.

*The title “What Kind of Day Has It Been” has been the name of a season finale in all three of his television shows.

**Yes, yes, I know that Sorkin left after Season 4 of The West Wing. But I don’t care.