We’re nosy here at the Riot, and we like to talk about all the aspects of the reading life…even the ones we might be a little bit embarrassed to own up to. So last week, we asked you to confess the books you pretend you’ve read. It’s good to get these things out in the open!

828 readers completed the survey, listing 412 unique titles. We’ve got a lot of dead white guys on this list, and only 3 contemporary titles. Of them, two are massive commercial successes that penetrated mainstream culture (Harry Potter and Fifty Shades) and which many people have likely pretended to read in order to participate in conversations. The other (Infinite Jest) is regarded as a Great Work in literary circles, so its appearance on this list makes sense given Book Riot’s readership, even if it’s not as recognizable not-so-hardcore book nerds. At least, that’s my take.

Check out the list below and tell us what you make of it, won’t ya? (Click here to see the full set of responses.)

Fellow Rioter Minh combined these results with the data from our surveys about readers’ favorite novels, most-hated books, and the books you’ve been meaning to read forever, and the overlap is pretty interesting! Are the books we’re most likely to pretend to have read the ones we keep thinking we’ll get to someday? 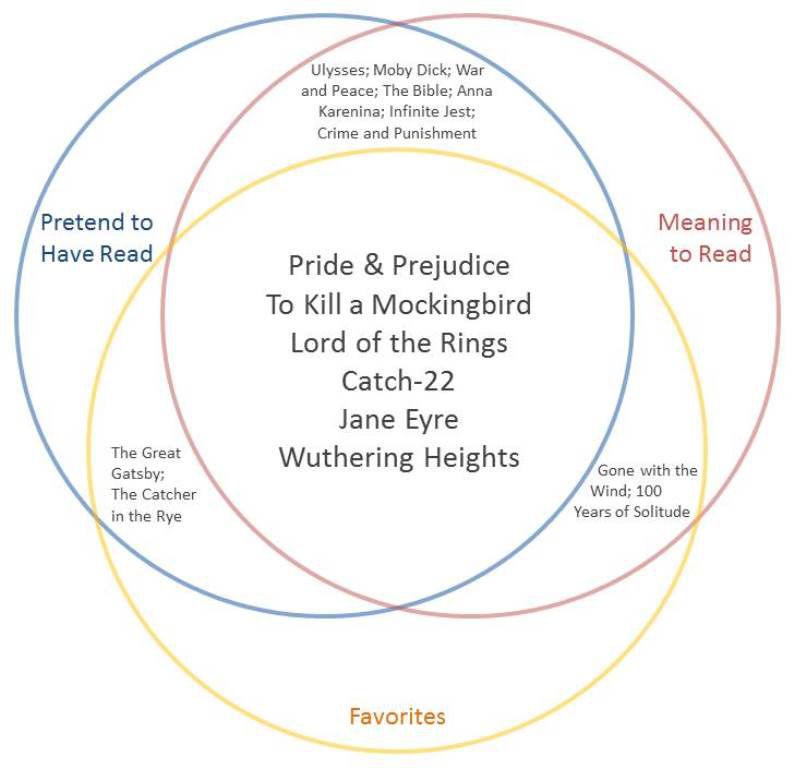 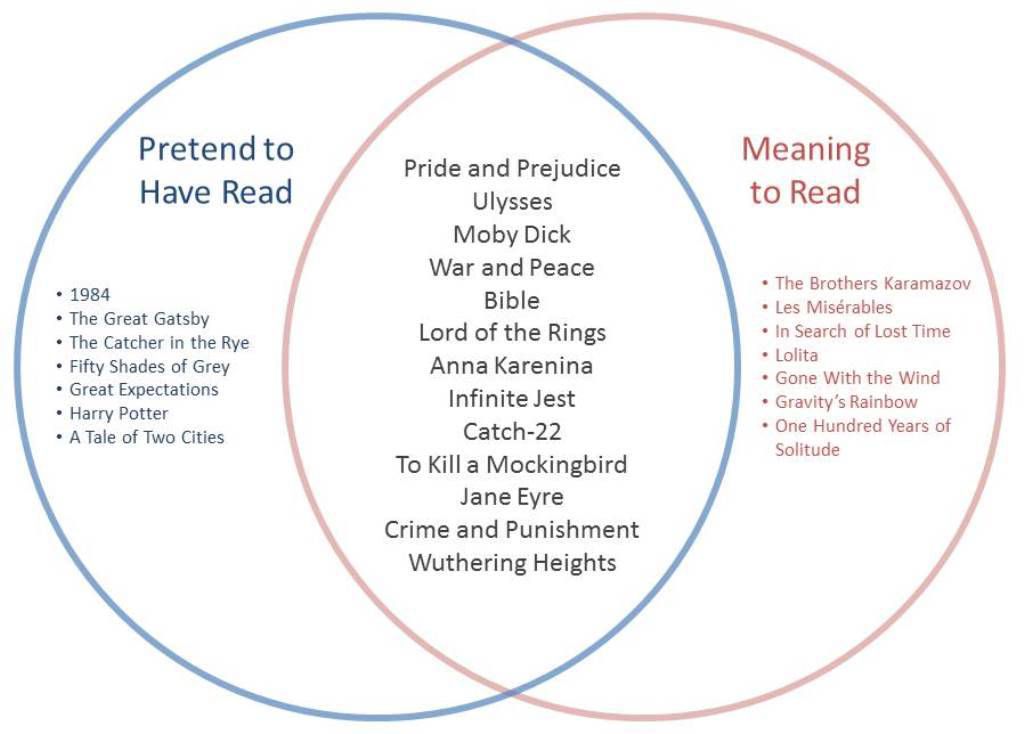