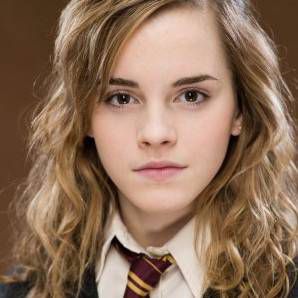 Happy Election Week — or as many of you swing staters would call it, Freedom From Annoying TV Ads Week!

To celebrate, we present our list of 10 literary characters we’d vote for in a heartbeat, were they to run for President…and if time, age, where they were born, and the fact that they’re not real weren’t issues. Enjoy!

10. Hermione Granger, from Harry Potter — An ultra-logical overachiever who keeps everyone else firmly in line. Also, she knows the answer can always be found in a book.

9. Hank Devereaux, from Straight Man — This kooky college professor from Richard Russo’s campus yarn learns the ropes of “politics” of running the English department. When things don’t go his way, he recognizes that drastic times call for drastic measures — to hilarious results. And isn’t that what we need in Washington? More creative thinking with funny results? Yes.

8. Enzo, from The Art of Racing in the Rain — Several reasons: 1) As an “outsider,” he has a good sense of human foibles, and therefore how to manage and overcome them. 2) That dog is f#$%ing smart. 3) Who doesn’t love a smart, cute dog — especially one that thinks its human. This would be the biggest landslide in history.

7. Winston Smith, from 1984 — A good sense of history (he is in charge of rewriting it!) and willingness to subvert totalitarianism for love. We’ll try to forget about his “flip flop” at the end. Julia would, of course, be his VEEP.

6. Alexandra Bergson, from O Pioneers! — A smart, tough woman who knows how to run a business and isn’t overly influenced by emotion or what other people think of her. Plus, as our editor Jeff said, “…she was a farmer who didn’t own slaves. Easier to spin, I think.”

5. Gurion ben-Juddah Maccabee, from The Instructions — This 10-year-old kid, who routinely argues philosophy and theology several (dozen) years above his age level, convinced a bunch of kids at his junior high that he is the Messiah, and to follow him. After spending more than 1,000 brilliantly written pages (Adam Levin’s the author) with Gurion, I’d follow him anywhere too.

4. Mikael Blomkvist, from The Millennium Trilogy — He may be Swedish, but he’s a tough, smart, investigative journalist who solves 50-year-old mysteries. He’s also a little bit of a player, which’ll give he and Bill Clinton something to talk about on the campaign trail.

3. Skeeter Phelan, from The Help — Courageously outing injustice and making fools of those who perpetuate it. Get ’em, Skeeter — you’ve got our vote!

2. Scarlett O’Hara, from Gone With The Wind — A badass, smart lady who always has several irons in the fire, and angles on just about everybody. I’d be afraid to mess with her, so I’d for sure vote for her.

1. Atticus Finch, from To Kill A Mockingbird —Dignified. Intelligent. Articulate. A legal paragon. Full of empathy. You couldn’t not vote for someone who says things like this: “You never really understand a person until you consider things from his point of view, until you climb inside of his skin and walk around in it.”

Now you! Which literary characters would you vote for?