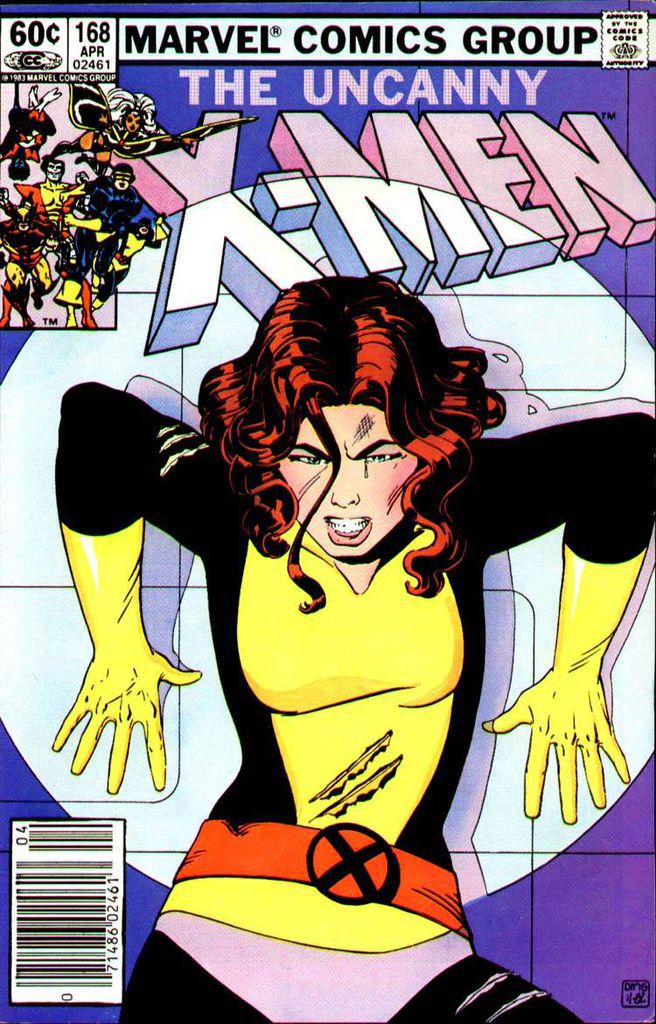 When I was a young teen, my parents let me draw on the walls of my bedroom with paint markers. I drew all sorts of pop-culture “graffiti,” sayings and pictures from movies and books. Needless to say, I drew many comic-book-inspired things. I’m not a great artist. I’m not any sort of artist. But I can copy things reasonably well. And the one thing I drew time and again on the walls of my bedroom were John Romita, Jr. and Paul Smith eyes.

The extreme-close-up panel of a character’s eyes was a mainstay of the X-Men comics of my youth. Inevitably with a word balloon or two of dialog, often just a single word in bold. I recall panels of Wolverine growling something, of Dagger with her eye-light special effect, I remember panels of Rachel Summers, of Rogue, or Storm. The panels always indicated extreme emotion – shock, rage, determination. Close-ups of eyes meant business was getting serious.

And everybody had extreme amounts of eyeliner.

The Trial of Magneto!

Part of this is merely the nature of art. I mean, one has to outline the eye somehow, right? And in the four-color days of the early 80s comics, all details were picked out in heavy black ink. That’s what detail meant. The colors certainly weren’t going to do the work! I still own comics with confusing color errors, slipped plates in the process that mis-colored pages at a time.

Facial features were made of inks. Emotions were carried by dramatically exaggerated facial features. And the X-Men comics were intensely melodramatic comics comprised of emotional highs and lows without let-up.

Digression: I love the manga titles that I do because they are so intensely melodramatic. Entire pages are devoted to a single emotional beat, in panel after panel of relentless depiction. I firmly believe that the X-Men comics of the 80s prepared me for a later love of manga. End digression.

The other reason, I suspect, that all my X-Men wore eyeliner was that this was the 1980s. All pop culture figures wore visible eyeliner. It was endemic. And Smith and Romita, Jr., seemed to work to capture the pop feel of the day. Their characters changed clothes frequently, wore current trends, cut and colored their hair, and in general moved through a world whose backdrop could have appeared in a Duran Duran or Madonna video.

Everybody had eyeliner. And eyes meant feelings. So eyeliner came to mean strong emotion in my visual lexicon. And I am a sucker for melodramatically emotional superhero stories. The contrast between the imposing physical gifts, the offensive and defensive combative power, and the intense emotional vulnerability is my damn kryptonite. I love seeing crazy power temporarily mis-used by the distraught. Uncanny X-Men #200, “The Trial of Magneto,” with both Fenris going out of control and Rachel Summers doing the same. Or New Mutants #35, with Our Heroes suffering PTSD after being killed and brought back from the dead. Or Uncanny X-Men #196, with Rachel Summers blasting some college students for hurting Kitty Pryde.

Nobody hurts my girlfriend! Nobody!

Here’s the thing which you’ve got to remember about super-powers: it’s all metaphor.

Here’s the thing you’ve got to remember about emotions: they are hard to control.