Imagine this: your beloved fandom is blessed with an abundance of material—books, movies, and/or comics. You wouldn’t actually complain about that, would you? But that’s exactly what an article said; that there were too many Star Wars books coming out this year. The writer posited that there are so many books slated for 2019 that she doesn’t have enough time to read them as they come out. She also felt that Disney/Lucasfilm was perhaps relying too much on books to explain various things, and that books shouldn’t be the avenue in which to address issues that aren’t in the movies, but instead complement the movies (umm…that’s what they do, in addition to explaining and addressing issues not in the movies). Examples listed are Kylo Ren’s backstory and the Knights of Ren backstory in the forthcoming comic miniseries by Charles Soule, as well as the forthcoming book on the origins of the Resistance by Rebecca Roanhorse. Somehow Claudia Gray’s Master and Apprentice got a pass. 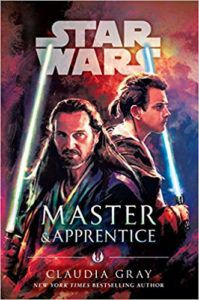 I, for one, am completely fine with the volume of Star Wars books being published (I believe there are ten, for adults and YA/young readers, that publish in 2019, not including comics or non-novels). I am loving the options readers have, as well as the more diverse authorship and characters. For so long, it felt like the Star Wars books were mostly written by white dudes, with a non-male writer occasionally writing a book. (Yes, I know, #notallmen, but stay with me here). Forthcoming books include those by Rebecca Roanhorse, Justina Ireland, Zoraida Cordova, and Delilah S. Dawson—quite a change from the mostly white, mostly male club. I’m super excited to see where this takes us, considering I’ve read the two forthcoming Galaxy’s Edge novels, A Crash of Fate and Black Spire, and loved both of them. Izzy Garsea and Vi Moradi bring new energy to the Star Wars book universe, and the new setting of Batuu means learning about a whole new world, literally. The fact that we’re also getting so many great main characters who happen to be female is really cool, too. (Don’t get me wrong: I’m not saying we didn’t have strong female characters before—Iden Versio, Leia, Winter, Ahsoka, Mara Jade—but these somehow feel…different to me.). With all the diversity in character development and author choice finally happening, why would we possibly want less? 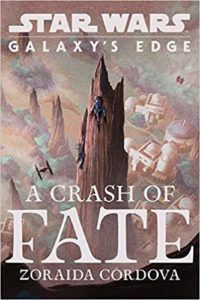 The beauty of the Star Wars universe, for me, is how vast it is; how much of it is unknown. I’m fairly new (less than three years in) to the fandom, and only started getting into the books and comics about a year and a half ago. So humor me here. I don’t feel the need to read every book out there (ahem, Thrawn). I’ve read Legends books and I read the new canon. I read the novelizations of the movies and various comics. Since my son is a toddler, I read some children’s books, as well. I pick and choose what sounds interesting to me or what I want to learn about, as well as characters I’d like more of. The movies can only do so much, in my opinion: they are the gateway to the larger galaxy. Of course the books are going to discuss things that aren’t explained in the movies or go into more detail or give the backstory. For me, that’s the whole point of the books: to give more information. The movies shouldn’t have to explain everything—but even if you don’t read the books, the movies can still stand alone. 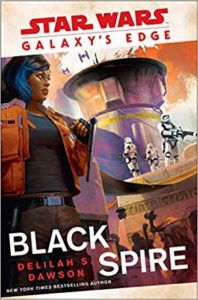 Disney has said it will be taking a break after Episode IX; that there will be more movies, but not at the same pace (rumor has it the next won’t be until at least 2021). Their focus will be on television projects instead, for a bit. It makes sense to me, then, that they’re turning an eye to the books and comics to fill the upcoming gap. It won’t be the same, but this allows them to set the stage for world-building, backstories, character introduction and development, and whatever comes next, filmwise.

Making it your own is another aspect of the Star Wars fandom that I love. Some people are Empire fans all the way; others, like myself, are Rebel Scum for life. Yet others are Twi’lek fans, and still others are droid aficionados. It seems like many people have preferred time periods, and some read everything they can about a certain character. Whatever you don’t find interesting about the galaxy, you don’t have to read—and yet somehow, it doesn’t lose any magic or depth, in my opinion. It’s nearly impossible to read every single book, handbook, reference book, comic, young adult book, and tie-in. But that doesn’t change what Star Wars means to you or what it is. And if you ever get tired of one thing, there’s always more to explore.

What do you think? Do you want fewer Star Wars book releases, or has 2019 been a good year for the Star Wars reader?