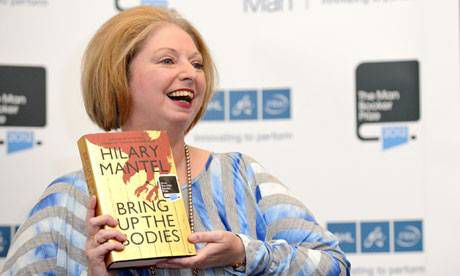 Let me show you a man who needs to spend more time outside of academia — and more time remembering what he’s said in the past.

In its report on BBC2’s Last Days of Anne Boleyn, the Telegraph includes this gem from historian David Starkey:

“We really should stop taking historical novelists seriously as historians,” he says. “The idea that they have authority is ludicrous. They are very good at imagining character: that’s why the novels sell. They have no authority when it comes to the handling of historical sources. Full stop.”

He goes on, “The wives of Henry VIII are too big to be left to chick lit,” he says. “Their importance is the impact they have on the broad history of the period. On the lives of every man and every woman who lived in England then, and subsequently has lived in England.”

I have forgotten how to diagram sentences (with apologies to Mrs. Anderson, the English teacher who actually had us do that in the not-so-distant past), so let’s just take each of the relevant phrases by itself.

I think we can all agree that Anne Boleyn had a pretty substantial impact on English history. And Catherine of Aragon. If you want to argue for Catherine Parr, I’ll give you that too. But don’t try to tell me Anne of Cleves is even a household name.

Who’s leaving Henry’s queens anywhere? No one gets to claim title to historical figures. The fact that fiction has been written about some of these women (yup, even Anne of Cleves!) doesn’t mean they’re off-limits to anyone else, including academic historians and their monographs.

Yes, some portrayals of historical figures attract more attention than others. If Starkey were to argue that Jonathan Rhys Meyers turns Henry into a disproportionately attractive figure at the expense of accuracy, or that The Other Boleyn Girl has sold about a zillion more copies than Alison Weir’s Mary Boleyn, he’d be on more solid ground. But I’m less inclined to give him rhetorical advice once I consider the last three words of his statement.

This one is problematic on two levels. First, the two authors he complains about to the Telegraph are Philippa Gregory and Hilary Mantel. More precisely, multiple-Booker-Prize-winner Hilary Mantel.

Neither one writes chick lit. Chick lit is, by this point, an established subgenre. Helen Fielding and Sophie Kinsella write books that fall under that heading. All four authors write good books, but they are not the same.

But Starkey’s use of “chick lit’ obscures his real complaint, which is with the authors’ lack of Y chromosomes. He’s not ranting about C.J. Sansom’s version of Henry, or Ford Madox Ford’s Anne of Cleves. He has a problem with girls moving into his sandbox, and he’s said so explicitly in the past.

“But it’s what you expect from feminised history, the fact that so many of the writers who write about this are women and so much of their audience is a female audience. Unhappy marriages are big box office.”

That’s from 2009, when he was complaining about — wait for it — too much emphasis on Henry VIII’s wives:

“wives appear simply to explain or complicate the story of Henry”

What was that about “too big” again?