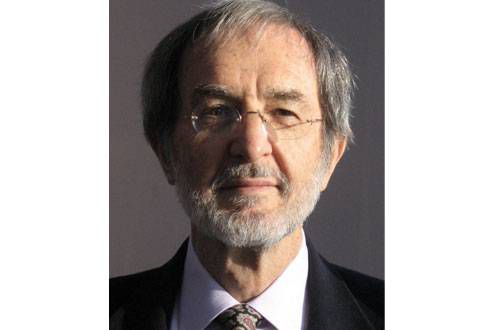 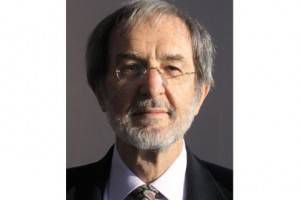 This is Edmund Morris. He is a famous biographer. And he doesn’t think of much of fiction.

“No. I think fiction now is becoming less and less interesting and important. Many of the things fiction used to do are done better on HBO or in other media.”

(Morris’ quote appeared in a recent issue of Time, in response to this question: “Virginia Woolf said fiction will always outlive biography. Was she right?”)

In the immortal words of Milk: “I know you’re angry! I’m angry!” But let’s all put away our torches and pitchforks for a second. Take a deep breath.

I know it’d be easy to read this and discount it out of hand, as I did when I first read it a few weeks ago. After all, reasonable minds can differ about what they find “interesting” and “important.” (I happen to disagree vehemently on both counts, as I’m sure many of you do.)

But let’s take a quick close-read of the second sentence, because that’s the truly perplexing part. Morris, who won a Pulitzer Prize for his bio of Theodore Roosevelt, seems to be suggesting that, in some past magical golden age, fiction was much more robust, inventive, and evocative than it is now — that whatever it was he thinks fiction did in the past isn’t happening with fiction now. Without knowing specifics about what he thinks fiction “used to do,” it’s hard to rebut. But I think anyone who has read Ann Patchett or Jonathan Safran Foer or myriad other writers who aren’t content with convention would take issue with what amounts to the assertion that fiction isn’t as good now.

And so, Morris seems to be saying, other forms have filled the void — including HBO and “other media,” which presumably includes movies. No one’s arguing that those media aren’t awesome, and hey, I’m as much of fan of The Wire as the next guy. But the storytelling involved in those series and in those “other media” is different than, not a replacement for, how a story is told in a novel. It’s almost as if Morris is arguing that the movie is always better than the book. And furthermore, the subtext here seems to be that we’ve all become a bunch of short-attention-span dunderheads who can’t be entertained (or enlightened) except for in flashy 60-minute snippets on premium cable.

Finally, and perhaps most damning, Morris seems to be a Grade A Hypocrite with this quote. That’s because he’s decrying a medium which has garnered him no small degree of fame. Morris gained notoriety for his 1999 “fictional biography” titled Dutch: A Memoir of Ronald Reagan, a controversial book that has Morris himself as a character observing Reagan’s life. The book mixes fiction with a supposed true biography of Reagan’s life. That’s a great example of playing with form and using fiction to accomplish a goal, which apparently, straight biography couldn’t.

What do you think? Is Morris right, partially right, or a raving lunatic?