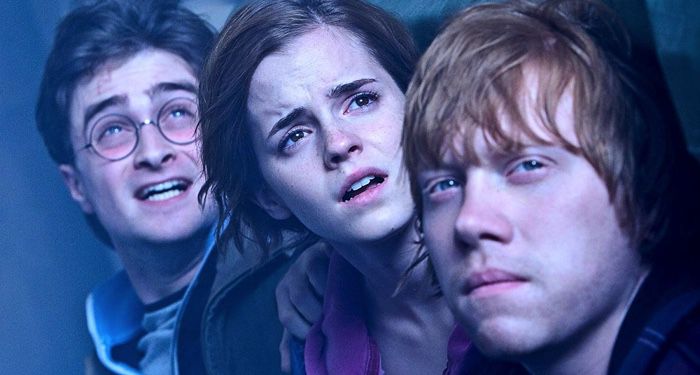 Critical Linking, a daily roundup of the most interesting bookish links from around the web is sponsored by Cross Her Heart by Melinda Leigh.

“Rare finds from the Harry Potter universe can attract some serious cash, and Potterheads and collectors alike will clear out their Gringotts vault for the right item. Now, a tiny Harry Potter book going up for auction is expected to fetch up to £150,000.

OK let me explain, it’s not just any tiny Harry Potter book. That would simply be a nightmare to read. It’s a tiny green 1.6inch x 2.4 inch flip book with handwritten notes from the one and only J.K. Rowling relating to the first and second Harry Potter books. According to the website of auctioneers Just Collecting, who are hosting the sale of the one of a kind book, it features ‘text and illustrations connected with the Potter books’ and ‘lists the items a Hogwarts student will need for their first year at the school, including uniform, books and accessories.'”

“Kendi, an author and historian at American University, says history books in schools today too often don’t offer students a deep enough perspective or account of who people were and what they did.

Which led him to take up the challenge of those people who wished they’d learned these lessons in middle school: Give young people access to this history by collaborating with a writer who could take his facts (the history) and write it for a younger audience.”

Love this and also many adults should probably read it too.

“For fans of children’s literature, it is an unmissable sight: Philip Pullman’s own alethiometer, a detailed realisation of the magical symbol reader described in Northern Lights, gleaming with secrets – or possibly even particles of “Dust” – on display at the new Story Museum in Oxford.

An unforgettable peek at the mysterious compass-like device is just one of the unique literary experiences on offer when the children’s museum reopens next month, after a £6m redevelopment.”