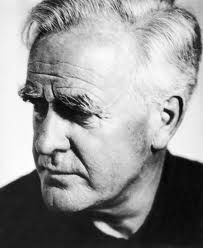 Choosing the right book to travel with is as important as selecting the appropriate wine for a meal. Get it wrong and the whole experience clangs and jars. For example, travel writing makes terrible travel reading. It is one of their ironies that the likes of Paul Theroux and Bruce Chatwin are best enjoyed whilst stationary.

But get it right and everything – from the words on the page to the new sights around you – starts to sing.

I’ve just returned from two weeks travelling through Eastern Europe in the company of John le Carre. Not personally – the 80-year-old is safely tucked up on a cliff top in the south-west of England writing his 22nd novel – but with two of his books: The Spy Who Came In From The Cold and Tinker Tailor Soldier Spy. They were an inspired choice.

I’ll admit my selections were less inspired by my route and more by my snobbishness. I refused to watch the latest film adaptation of Tinker Tailor…, starring Gary Oldman and half the British membership of Equity, until I read the book first.

Yet, as I stood in a quiet square of Zagreb watching a government minister walk to parliament replete with a guard of secret service agents – all sharp suits and ear pieces – it felt incredibly prescient.

Even before that encounter, reading le Carre’s bleak tales of low-key, high-stake espionage played out in the Cold War’s playground harmonised perfectly with the handsome streets of Ljubljana and Belgrade or the overnight train from Montenegro to Serbia on a Soviet era sleeper.

This was where George Smiley, le Carre’s understated, very British, anti-James Bond hero plied his trade with a ruthless calm and a masterful adjustment of his glasses. He is a character made for the shadows.

Such dark corners have long fled this part of the world. Slovenia, Croatia, Montenegro and Serbia now teem with the young and the tourist. The idea of le Carre’s rotund middle-aged secret agents infiltrating cells, smoking incessantly, drinking cheap local moonshine and doing lots of other things acceptable in the 1960s and 1970s, seems the stuff of fiction.

And yet Smiley, or a real life version of him, did just that. The Zagreb encounter was a contemporary reminder of the world that le Carre knew inside out. He worked for the British Foreign Service between 1959 and 1964. Hence his novels’ almost mechanical explanation of how to root out a double agent. They are thrillers first, but spy text books a close second.

So forget your Rough Guides, Lonely Planets, or whatever Rick Steves tell you to go see on your holidays. There is a dark romance in bringing a novel that will help scrape back the sheen from the tourist sights and reveal some of the grime, betrayal, and blood that the contemporary world is built upon. It is the least you can ask for from a travel companion.