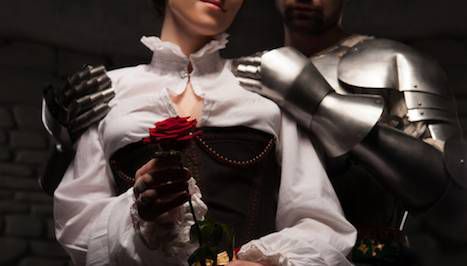 I love time travel. I will consume it in almost any format: prose, poetry, comics, film, television, radio drama. You name it, I’m there. I don’t know where my interest originally started, but it’s probably no coincidence that the earliest two adult books I recall reading were both time travel romance novels. To this day, a good time travel romance is a thing of beauty that I always find myself keeping an eye out for.

There are several elements that play into making a time-travel romance successful. The biggest element is how the author establishes the HEA. Does the time-traveling protagonist elect to stay in their new time? Does the one who was traveled to somehow find their way to the other’s time period? Does the one who lives in the present find the soul of the one they met in the past? Or maybe something completely different?

Let’s look at a few to start with: 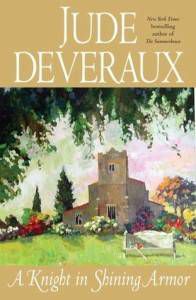 1. A Knight in Shining Armor by Jude Deveraux

If you want a good example of an old-school time travel romance, you can’t go wrong with Deveraux. In A Knight in Shining Armor, we find out what happens when a young woman, abandoned and crying in a churchyard far from home, comes face to face with a real-ass knight, who is rightfully confused. Trying to keep the poor man alive is hard enough, but then there’s the whole being incredibly attracted to him thing.

If you enjoy that one, you might also find other books of hers interesting, including Legend, Remembrance, and Return to Summerhouse.

A flautist playing in an ancient ruin finds herself in the middle of the Roman empire. The Emperor is terrible, but a young senator catches her eye. Also, there’s a rebellion brewing, and Gigi is there to help fan the flames to dethrone a tyrant. 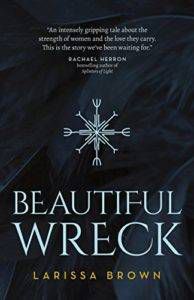 A woman from the future ends up in the past. Sounds pretty cool, right? In a world built on VR, Ginn, a VR designer, accidentally ends up in the 10th century. Multiple people have recommended this to me, and someone even said their husband told them “you didn’t tell me it was a romance—with the setting!” So yeah, if you’re into a lush depiction of a time period and a beautiful love story, this one’s for you.

4. The Duke and the Domina by Jenn LeBlanc 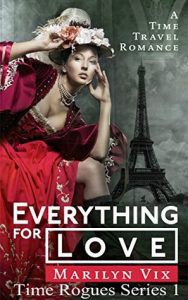 Deidre is a Timeanaut. She travels through time using sex to power her travels.

Yeah, you read that right.

When she sees the same man in multiple time periods (I’m guessing unchanged? Because they’re not that far apart), she discovers that he, too, is a time traveler, and has been sent to save her life. They have adventures and make enemies and do all those things you’d expect people screwing with the timeline to do, including fall in love. But there are some complications with that, too.

6. Timeless and Timekeeper by Alexandra Monir

These are technically YA, but I loved Timeless so much. This book features an uncommon element in time-travel romance: the ability to go into and out of the specified time period. Usually, in one of these (thanks probably in part to Diana Gabaldon, NGL), the heroine (because it’s almost always the heroine) finds herself in a moment in history, and one of the most important plot elements is how to get her back to her own time (if, in the end, she even decides to do so). But Michele uses a journal to bounce back and forth between her own time and that of Philip, the boy she will eventually fall in love with. Also, it’s fun to get all the historical tidbits.

There are also some really, great, memorable, and iconic books that are more “time travel novels with romance in them” instead of the other way around. The love story isn’t always the focus, but these are definitely romantic love stories within the time travel story. 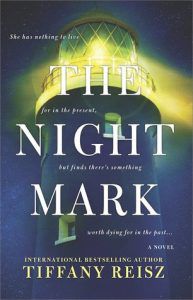 7. The Night Mark by Tiffany Reisz

Also: If you want to become completely obsessed with the history of lighthouses on the Eastern Seaboard of the United States, this book is the starting off point.

8. The Firebird  by Susanna Kearsley

Nicola has a gift that allows her to see the pasts of objects she touches. Working at a gallery, this is a cool gift to have, for obvious reasons. When she touches a small carving and discovers its intriguing history, she follows a girl into the past.

9. The River of No Return by Bee Ridg 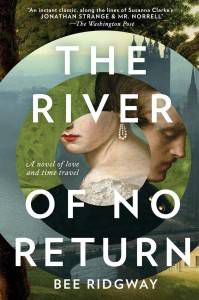 A man about to die in the Napoleonic Wars wakes up in the modern day. There is a guild of time lords masters travelers who tell him he can’t go back. But he longs for his lady love, and long after he expected to be able to return, he is sent back in time. There is adventure and intrigue in this one, but people also appreciate the love story.

10. Somewhere in Time by Richard Matheson

When I was a kid, I was obsessed with this movie. Superman and Dr. Quinn fell in love but couldn’t be together. That sucked. But then it didn’t. I loved it. It wasn’t until years later that I discovered it was a book. The book was a little different, but in essence was the same. A young man “falls in love” with a woman in a portrait and then finds a way to get to her time period in order to meet her. Things ensue.

If there’s one thing you might notice about this list of time travel romance novels, it’s that with the exception of Alexandra Monir, the authors are all white. Non-white authors are indeed writing about time travel, but if they are writing time-travel romance, I have not yet heard about it. In fact, I wrote an entire essay about why (in my opinion) it is difficult for black women in particular to write about a modern black character traveling backwards into any era (except maybe prehistoric). The same can probably be said of members of other races who have dealt with Western oppression, whether it was slavery, genocide, ethnic cleansing, colonization, or anything else on the massive list of sins our European ancestors dealt onto our ancestors from Africa, the Americas, the entire continent of Asia, and the majority of Oceania and the Pacific Islands. I would love to see someone successfully write a believable Outlander-style romance featuring a protagonist of color. Or even a modern-day story in the style of The Time Traveler’s Wife, but, you know, happy.

Give me About Time with people of color in book form. I’ll love you forever.

(Okay, so Courtney Milan did write a story in which Adam Fucking Reynolds travels in time and encounters Frederica “Free” Marshal, but it doesn’t really count, right?)

The other thing about this particular list is that it’s pretty damn straight. Do you have any favorite time travel romance novels featuring queer protagonists? I want to hear about that too.

Or just tell me your favorite time travel romance novels. I want to know. (Give me moooooore.)