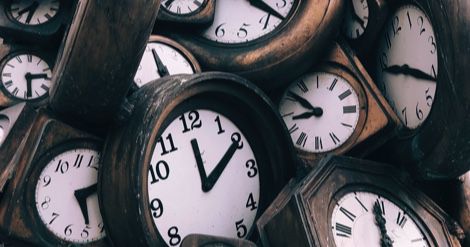 I think about the possibilities and implications of time travel way more than a normal human adult should. Let’s face it, though, filling your head with dreams of hypothetical sci-fi scenarios is more fun than filling up on the news cycle, so let’s roll with it. First off, before we go any further, if I had a time machine I would go back in time and see Roy Orbison live at his Black and White Night concert. Full stop, on the record. Sorry fam, sorry problems of the world, that’s where I’d be. Sound off on your dream time machine trip in the comments. Okay, now on to the time travel books.

There is one major ingredient I need in my time travel and that ingredient is angst. Get on board with me here. Characters that are out of their own time, loved ones left behind (or forward) in time, paradoxes. The angst goes on and on. I’m stopping myself from typing a stream of consciousness run-on sentence of angsty Doctor Who moments that had me crying my face off. I mean, there’s this one Twelve x Clara fanfic where she goes back to see him before he forgets her and I just can’t (sorry!). That being said, these next three books kinda had me crying my face off too. 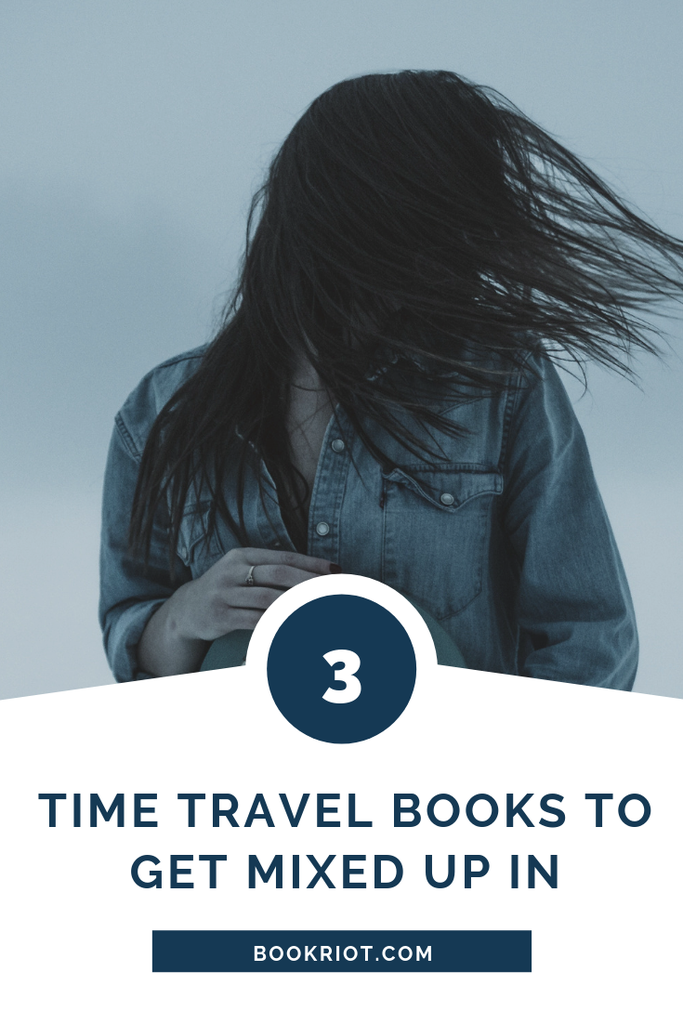 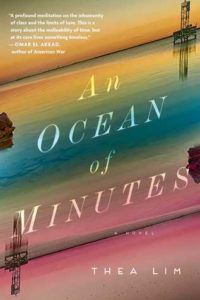 Here’s the set up: there’s a deadly flu pandemic in America. Frank catches the virus and his girlfriend Polly is willing to do whatever it takes to save him. Time travel has been invented in the future in order to combat the virus. Big bad business is offering to pay for the expensive, life-saving medical treatment in exchange for a one-way trip to the future as a bonded laborer. Polly takes the job to save Frank and they plan to meet up on a specific date in the future. Problem is, Polly ends up an extra five years into the future. The America she finds herself in is very different from what she was expecting and she has to cope not only with the potential loss of Frank, but also with the loss of everything that she knows about the world.

Polly and Frank are living in some dark times. I mean not only are they living in a time travel novel, it’s also just a tiny bit dystopian too. Real talk though, I love this book so much. It’s got your classic stuck-in-time angst, but there’s also the added, super relevant angst of Polly’s journey as a time refugee.

Doctor Who angst level equivalent: Rose and Ten stuck on opposite sides of that (time and space) wall. 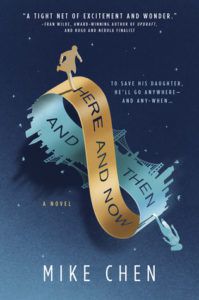 First off, here’s what you need to know: Kin Stewart is just your normal IT guy, he has a wife and daughter (both super sci-fi nerds btw), and his life is pretty normal. The only thing is, Kin used to be a time-traveling secret agent from the future. After a botched mission left him stranded in San Francisco in the 1990s, he had to make a new life. Then his rescue team shows up, 18 years too late.

I know, right, you already want to start reading and you don’t even know how emotional this one is going to get! Kin is quite literally torn between two lives and it gets angsty, people. I don’t want to give too much more away but there’s bootstrap paradoxes, good old ’90s hacking, time emails, and Doctor Who quotes. Get your hands on this ASAP. 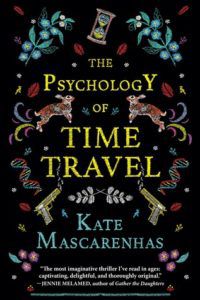 The set up: It’s 1967 and a group of four genius, flawed, badass women invent time travel. Now they have to live with it and all the consequences that follow. Time travel is revolutionary, but it also comes with its own everyday problems. They found the Conclave to deal with all of these new issues, like time government, time crime, and time administration. These ladies are like UNIT, the Doctor, the companion, and the Time Lords all in one. But with time travel becoming a huge business, what started out as a regulatory institution quickly becomes more like a secret society, complete with the hazing of rookies and their own book of terminology.

There’s so much to unpack with this one. It’s told from multiple characters’ points of view including the original inventors, some of their family members, and some time-adjacent folks. The most important plot point is that time travelers meet up with their future selves or “silvers” constantly, which makes for some really interesting scenes. The story begins with the breaking up of the original group and continues with a pretty crazy, locked-room mystery. And it really brings the angst when the multiple story lines begin to intertwine and overlap.

Doctor Who angst level equivalent: “We keep meeting in the wrong order.”