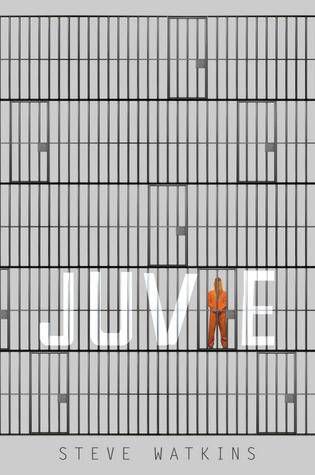 I finished watching Orange is the New Black a few weeks ago, and what really stuck with me was the way the relationships among female inmates played out. I loved the dynamics, the drama, and more than anything else, the extent to which we see women in a crappy situation still able to be themselves — for better or worse — despite being behind bars. It got me thinking about the show Beyond Scared Straight and the ways in which teenagers who are sent for a day or weekend to prison find themselves pushed to their limits and how it does or doesn’t impact them, both in the short and long term.

Which, of course, led me to think about how YA books have tackled teens in prison. So often, these stories seem to be forgotten about in real life — we forget that not all teens are in a traditional high school situation or have a place to go home to at night. Sometimes the reasons these kids are in prison is that they consciously did something terrible, but that’s not always the case. Instead, many have found themselves in a shit position either because of a stupid decision on their part or because of how unfairly the justice system has impacted them.

Here’s a look at a handful of YA books that feature teens behind bars, both those who are impacted by their sentences and those who may, unfortunately, see themselves returning not as juvenile offenders but instead, as adult prisoners.

Though Hellenweiler is meant to be more of a boys home than an actual prison, for 14-year-old Hal, it’s nothing short of jail. The deal is that if he manages to keep on the straight and narrow and not get into trouble here, he can get out in a few months. But between the gangs and violence in the prison, it’s hard to steer clear — and worse, those who are in Hellenweiler want to see Hal get in trouble. This book skews a little younger, so many may consider it more “middle grade” than “YA.”

Shavonne has been in juvenile detention since she was in middle school, but it’s not until she meets Dr. Delpopolo, the counselor, that she feels comfortable opening up about her rough family life and past. At 18, she’ll be able to walk free — and being 17, that idea scares her. Worse, Shavonne’s roommate isn’t the most stable, and when a guard seeks revenge upon Shavonne, she learns she is a lot more ready for her freedom than she thought she was.

The Knife and The Butterfly by Ashley Hope Perez

Azael wakes up in a prison after a brawl, but he has no idea how he ended up here or why. It’s not his first time in juvie, but this time, no one visits him and everything seems a little bit off. Forced to listen to another inmate — a white girl — as she struggles with what put her behind bars and unable to make sense of his case file full of redacted news clippings, Azael realizes that this sentence is indeed much different than his last. This time, he may never leave.

Getting Somewhere by Beth Neff

How about unconventional juvenile detention? In Getting Somewhere, four girls who have nothing in common are sent to an experimental detention center on a farm in the middle of no where in order to serve out their punishment for the crimes they committed. Even though this is an opportunity to straighten up, not all of the girls will walk away from this experienced changed for the better.

Reese wants to get out of juvie early, but when his best friend in the facility is about to have his ass kicked, he knows he can’t just sit back and let it happen. But Reese gets another chance when he’s assigned to a senior citizen’s home for a work program — maybe if he shapes up while on the job, he’ll have his ticket out of Progress.

What led to rocker Ritchie Sudden ending up in juvie for 90 days? Was it his rock-and-roll lifestyle? Trying to get with the mega hot girl who has a boyfriend already? His falling apart family? Jail isn’t a laughing matter, but this story might have you believing the means of Ritchie getting there can be kind of funny.

Sadie was always the good sister, and Carla’s always been the irresponsible one. But when the two get caught up in a drug deal gone horribly wrong, Sadie takes the punishment to protect her sister and her sister’s child. What should have been a light punishment, though, turns into six months in juvie — will she return back home the person she was before? Or will she be completely changed from her time behind bars?

Martin didn’t mean to do what he did, but he’s arrested for it anyway. When he’s sent to Rikers Island and locked up, things only get worse when he’s caught between two prisoners who don’t get along. With his face now bruised, Martin’s sent to a different part of Rikers where he’ll be able to attend classes — and where he might meet the kind of adult mentor he needs to get his life back together. For readers who don’t want to do YA books, this one actually started as an adult novel and was reworked to appeal to YA readers.

For those interested in non-fiction about juveniles in prison, there’s No Choirboy: Murder, Violence, and Teenagers on Death Row by Susan Kuklin, featuring interviews with teens sentenced to death row. There’s also Richard Ross’s spectacular Juvenile in Justice which includes 150 photos of kids sentenced to time in prison throughout the United States, giving them an opportunity to talk about what life is really like behind bars. And for those who want an adult novel about a teen in juvie — with huge appeal for teen readers — there’s Emma Rathbone’s The Patterns of Paper Monsters.