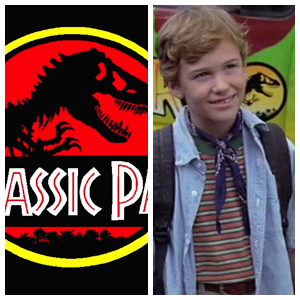 What event in your life thus far has been the most critical to your personal development, and how did that event inform your decision to pursue graduate studies in paleontology?

After my grandfather’s beautiful island was napalmed by the Air Force because the dinosaurs “wouldn’t stop killing people,” we were detained in Costa Rica for 23 days and grilled by government officials attempting to construct a plausible narrative around what had happened. I was 11; few people seemed to expect me to contribute to the dialogue, and those that did were quickly put off by my unending recitation of dinosaur jokes, many of which, I now realize, were insensitive to the seeing-impaired dinosaur community, for which I sincerely apologize. Had any of them thought to check inside the well-loved baseball glove I was cradling like a teddy bear, they would have found a piece of amber. Had they then checked inside the amber, they would have found a mosquito. Had they then checked inside the mosquito, they would have found a near-perfect blueprint for dinosaur creation.

Needless to say, none of this happened. What did happen: my sister and I were released to our parents, who were somehow not moved enough by our trial to forego their divorce proceedings. What Lex had learned from the velociraptors made her an offensive powerhouse on our school’s field hockey team; what I had learned from the anthropomorphized strand of talking DNA in the park’s intro film made me borderline insufferable for the first three weeks of freshman bio.

In short: there has been exactly nothing in my life to this point that hasn’t been impacted by my time spent on Jurassic Park: my wildly successful successful Capture the Flag defense strategy against a rival fraternity (they move in herds), my senior thesis about the future of paleontology seen through a feminist lense (dinosaurs eat man, woman inherits the earth), my insistence that my girlfriend and I abstain from sex to avoid an unwanted pregnancy despite her willingness to deploy multiple forms of birth control simultaneously (life finds a way). I remain humbly excited about the opportunity to pursue my studies at your remarkable university.