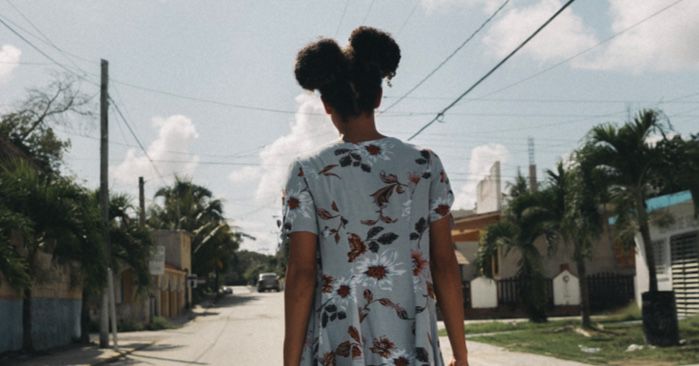 Earlier this year a few of my fellow Book Rioters and I were having a conversation about Tiffany D. Jackson and how “stressful” her writing can be. Originally when the word stressful was brought up, I had to meditate on it for a second. I mean, sure, Jackson’s novels are intense, but stressful? Do I really feel as I’m in a state of stress when reading? The answer to that question is yes, definitely yes. Jackson’s novels are raw and unapologetic, filled with characters who are young, with good intentions, yet find themselves in dangerous and vulnerable situations that always seem to take a miracle to get out of. Stressful.

After thinking about it a little bit more, however, I think what was meant by our use of the word stressful, was our acknowledgment of Jackson’s ability to tell stories that are both beautiful, heart-breaking, and socially/culturally poignant all at the same time. And while I love everything about her novels, as a Black woman, what I appreciate the most about Jackson’s work is her attention to the care of Black girlhood, particularly in the novels Monday’s Not Coming, and her most recent release, Grown.

In case you’re interested (and without giving too much away), Jackson’s 2018 award-winning novel Monday’s Not Coming is the story of a teenage girl named Claudia struggling with the disappearance of her best friend, Monday. When it seems as if no one else is concerned with the whereabouts of her friend, Claudia decides to investigate Monday’s disappearance herself, unveiling startling revelations about the life of her friend, as well as her own.

Monday’s Not Coming is not just the story of one young girl losing and looking for her friend. It presents readers with the realities of what it looks like when little Black girls go missing. It explores the frustrations of the community when the rights of our daughters, nieces, and granddaughters are denied.

Grown, released this past September, is an exceptional novel about one girl’s struggle to achieve her dreams. Enchanted Jones has always had big desires of becoming a singer. However, after a failed audition for a television music show, Enchanted’s dreams are quickly dashed. Leaving the audition defeated, Enchanted bumps into R&B teenage heartthrob Kory Fields. He tells her that he loves her voice and offers to be her mentor. But mentorship from Kory turns out to be more than meets the eye, and soon Enchanted finds herself regretting the day she ever met Kory Fields.

Said to have been influenced by the #MeToo Movement and the sexual abuse cases of R&B singer R. Kelly, Grown shows the trials young Black women and girls can face when attempting to rise to the top. Jackson’s treatment of the Black girl experience, and how that experience can be tainted even by the closest amongst you, is soul-stirring, and Grown has quickly become one of my favorite novels from the author thus far.

The adultification of Black girls takes center stage in both of these novels. Specifically Grown, calls out adultification by highlighting the dangers of using terms such as “grown” or “grownish” to describe Black girls and how such descriptions can be problematic. However, both Grown and Monday’s Not Coming confront readers with the horrifying things that can happen to Black girls when we as adults neglect to be advocates and allies.

Tiffany D. Jackson’s novels advocate for those who’ve been neglected, silenced, and rendered invisible. In this current movement, sometimes it seems as if we fail to fight for Black women and girls; we forget that Black girls need our protection too. Jackson reminds us of this. Novels such as Grown and Monday’s Not Coming call out society’s lack of effort in the care for Black girlhood, forcing many of us to ask ourselves, “how can I evoke change?” I read Jackson’s novels, and I see myself. I see my sisters, cousins, and my niece. I see my daughter, and I am compelled to do my part. So no matter how stressful Jackson’s novels may be, because of her commitment to the uplifting of Black girls, I will forever be a fan!