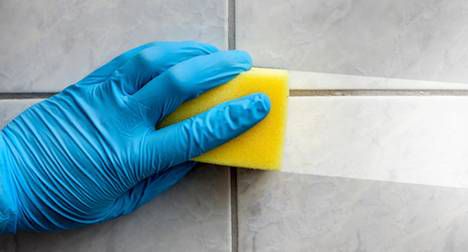 The KonMari clamor might be starting to simmer down. Drawers have been folded, the Netflix series has been watched, and until another season drops, we’re facing the prospect of clutter maintenance. So let’s get excited about sustaining major lifestyle change! It’s a significantly less exciting task than the initial gleeful release of our unneeded stuff, but that’s life. That said, there’s only so many times you can riffle through The Life-Changing Magic Of Tidying Up before folding your underwear becomes boring. That’s when you need to call upon the plethora of other awesome tidying books to keep your fire burning. Here’s where to start.

Unfortunately, there’s a lack of diversity in this genre. Almost all tidy-up gurus are white women. Other than Marie Kondo and Nagisa Tatsumi, I could not find any de-cluttering experts of color who had written books about how to structure your space. Here’s hoping that state of affairs changes in the near future. 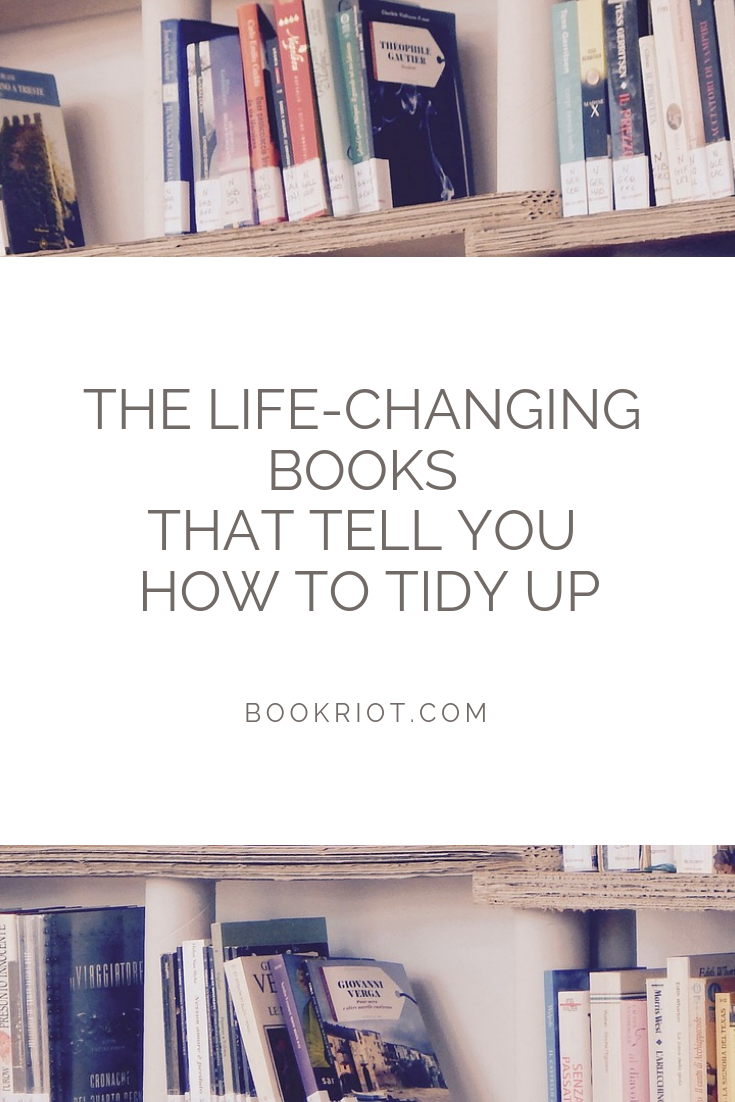 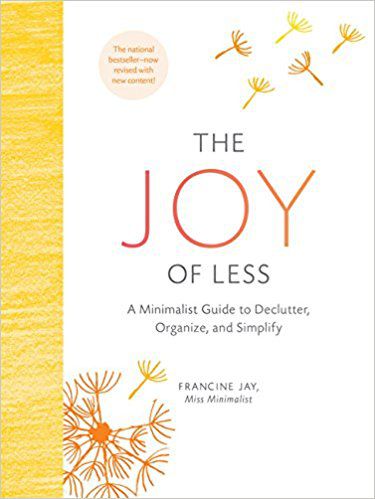 The Joy Of Less: A Minimalist Guide To Declutter, Organize, and Simplify by Francine Jay

Some de-cluttering books are kind of…cluttered. With advice, with pictures, with all kinds of little sidebars and notes. If that gets to you, then here’s a book that lives its truth! With no illustrations and a conversational tone and style, this is a contemplative read-through that doesn’t hold back on the hard truths. Let’s face it: when we talk about de-cluttering, we’re really talking about a lifestyle change, and that requires a plan, a routine, and investment by everyone in your family. 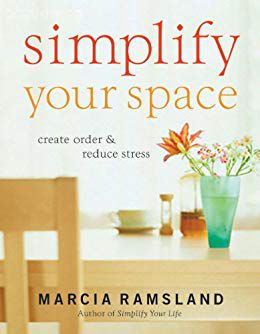 Simplify Your Space by Marcia Ramsland

This particular title is endorsed by the Women of Faith, a nondenominational Christian ministry. That said, aside from this partnership, the book seems to be completely secular. It offers much of the same advice we’ve seen from other titles, such as dividing your house into areas. However, it also suggests decorating strategies and multiple ways to manage a guest bedroom depending on what it’s most often used for. 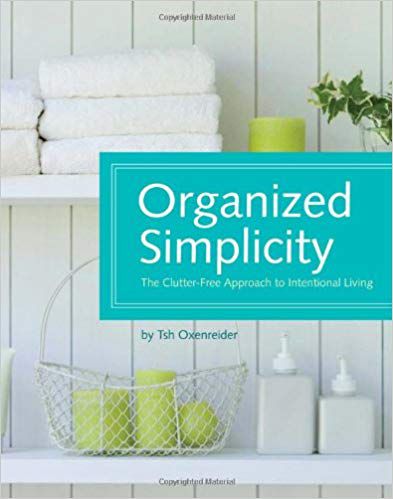 Do you like lists? Calendars? Writing exercises? If so, Oxenreider’s sturdily wire-bound organizing handbook is your jam. Organized Simplicity does not limit clutter freedom to your physical possessions. Oh no. Screen time, work, and overbooking your kids are all clutter and must be pruned. This family-oriented book will hit you with a lot of study group questions and make you want to yard sale your stuff. 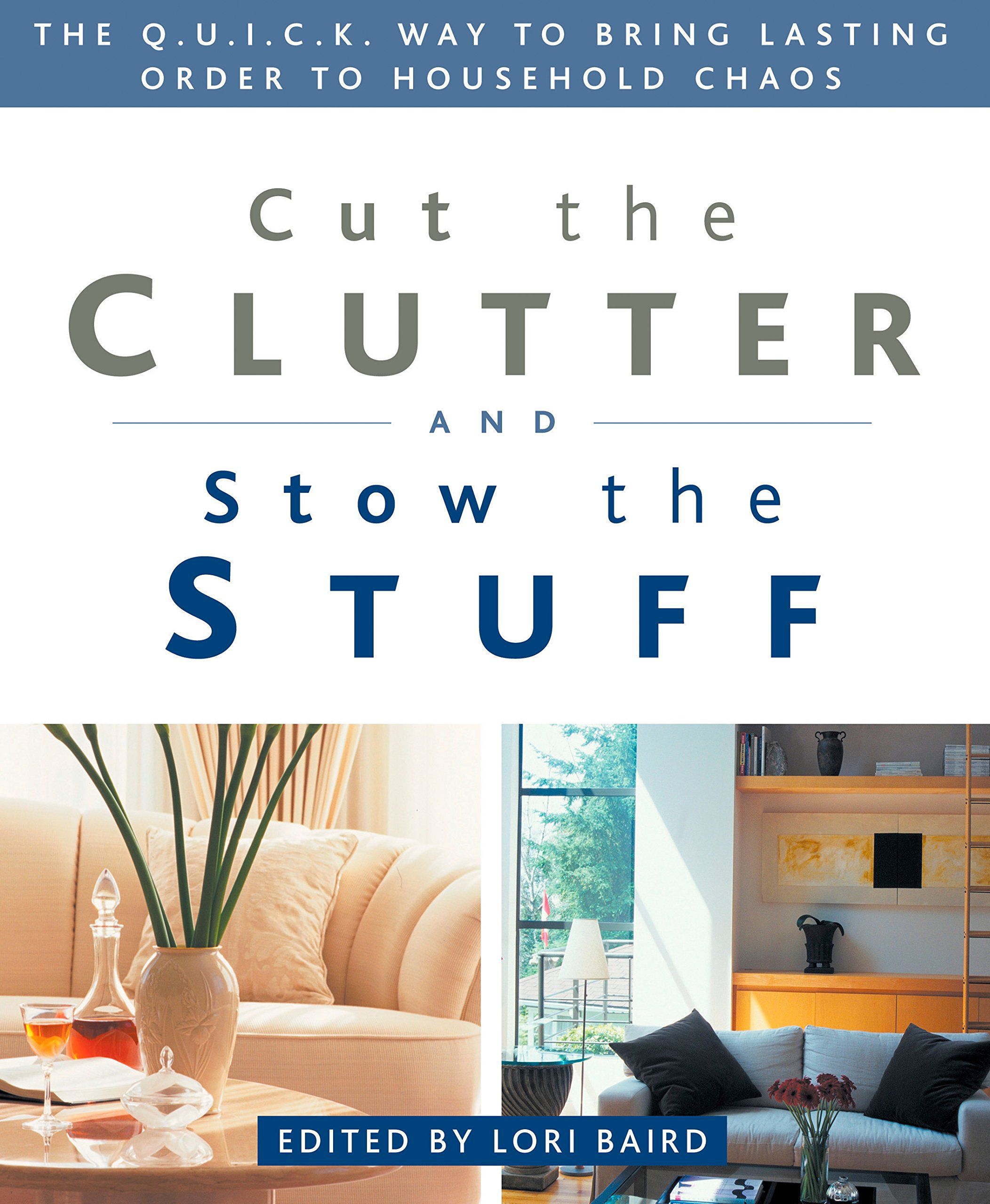 Cut the Clutter and Stow the Stuff by Lori Baird

What I really like about Lori Baird is that she gives clutter tips for travelers. She also dispenses advice in succinct truth nuggets, bite-sized chunks of good ideas ready to be incorporated piecemeal into your hectic life. This was probably my favorite of the bunch. I felt that I could pick and choose what bits of advice worked well for my lifestyle and incorporate them in a modular way. Unlike some other anti-clutter books out there, this one also has some good advice for traditionally masculine areas of the home. My utterly chaotic workbench and I wished that she could have been a little more gender-neutral, but hey, good advice is good advice. None of the other books on this list had me pricing out clutter solutions, but here I am, tool backpacks in one browser window and palm sander rental services in another. 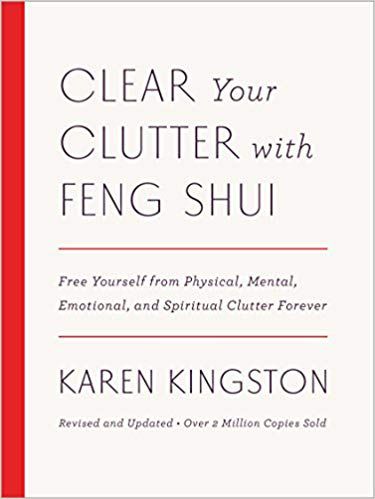 Clear Your Clutter with Feng Shui by Karen Kingston

The other books on this list tend to approach de-cluttering from a practical perspective. Not so Clear Your Clutter With Feng Shui! Your clutter spills into the energetic realm in this New Agey take on home management. Charming anecdotes and lots of spiritual practice guidelines join otherwise tried and true Kondo-esque advice. Notably, Kingston is much more supportive of the idea that unwanted stuff can be retailed online instead of just binned. 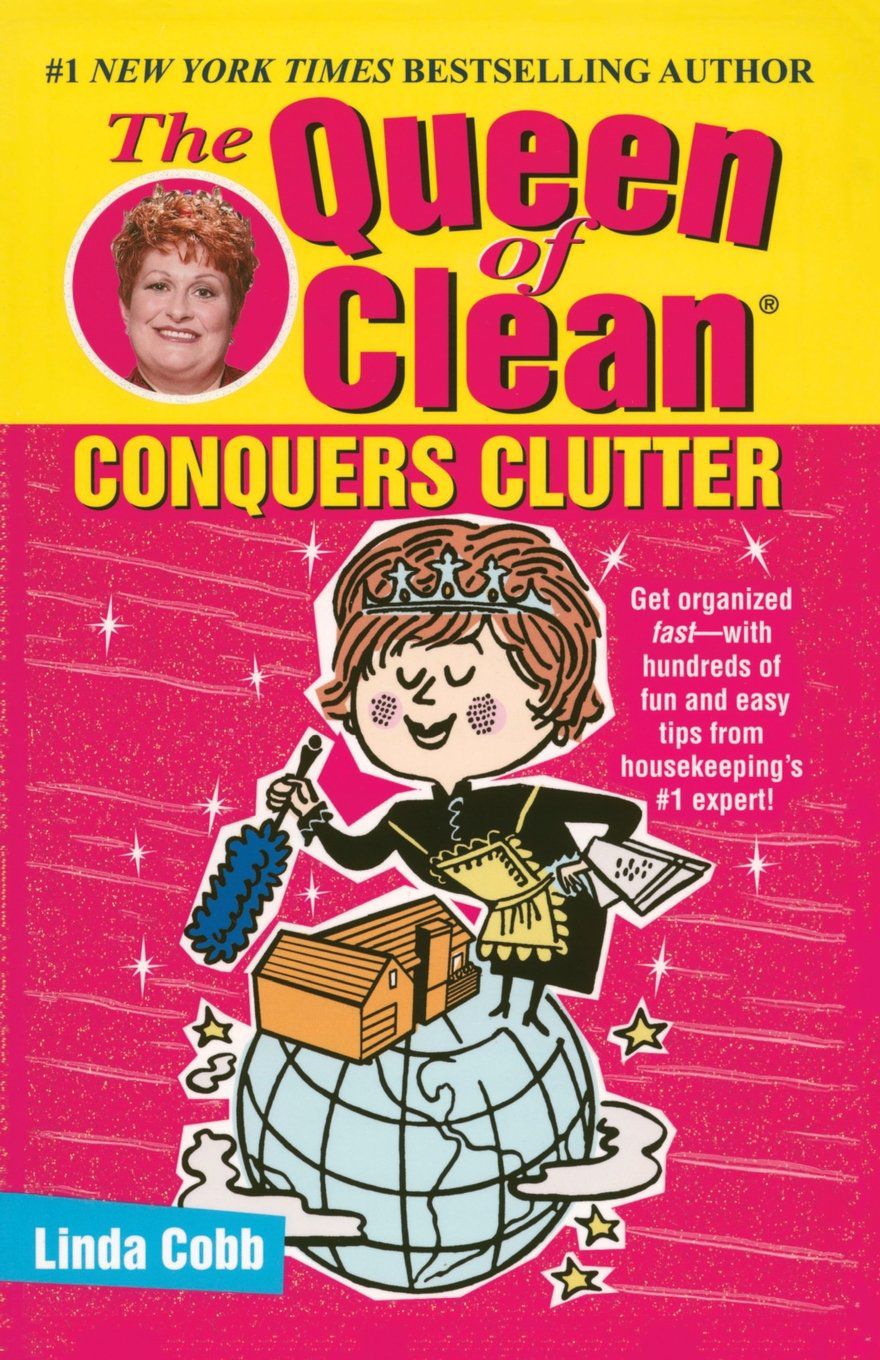 The Queen of Clean Conquers Clutter by Linda Cobb

Want some sass with your de-cluttering tips? Like many of the other books on this list, this tested favorite mixes a little cleaning in with the de-cluttering. That said, one sometimes seems to go with the other. For example, Cobb suggests keeping your old dryer sheets in a shoebox. Why would you keep old dryer sheets? For dusting, of course! Like Marie Kondo, Linda Cobb advises freeing yourself from the clinging guilt of unwanted possessions and shedding them like a snake its skin. She doesn’t put it quite like that, but you get the picture. 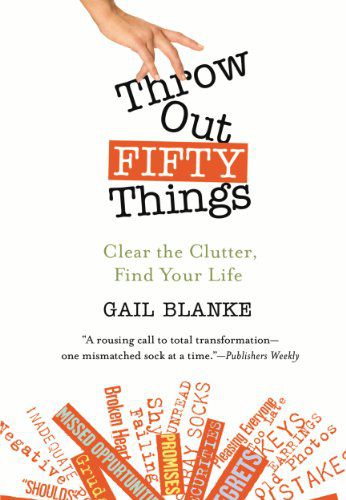 Throw Out Fifty Things: Clear the Clutter, Find Your Life by Gail Blanke

Some of the advice in this book is a little dated – it’s no longer possible to drop off your used rechargable batteries at Radio Shack, for example. However, it’s got a lot of heart. Blanke brings us along on her decluttering journey by sharing her discard “scorecards”—65 food magazines, 27 LPs, the assumption that “no news is bad news.” The best anti-clutter books share an emphasis on mental health and self-care, and this one is among the best. A large chunk of the book focuses on discarding negative self-talk and isolating thought patterns. One to read with your therapist. 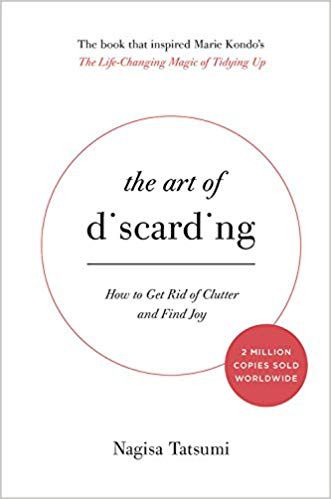 The Art of Discarding: How to Get Rid of Clutter and Find Joy by Nagisa Tatsumi

The press for this book claims that it inspired Marie Kondo’s breakout international hit. It’s fairly bold and not shy about telling you to dump things like spices after one use.

Like The Life-Changing Magic Of Tidying Up, this book is translated from Japanese. However, it leans on surveys as a guide for its method, interpreting them with the kind of confidence that only pop psychology confers. While a number of these books make tacit assumptions about male and female roles and home spaces, this one was much franker about its position. (Using up fabric scraps is “a very female idea,” for example.) According to Tatsumi’s author bio, she ran an educational program for Japanese homemakers. Sadly, she passed away in June of 2018.