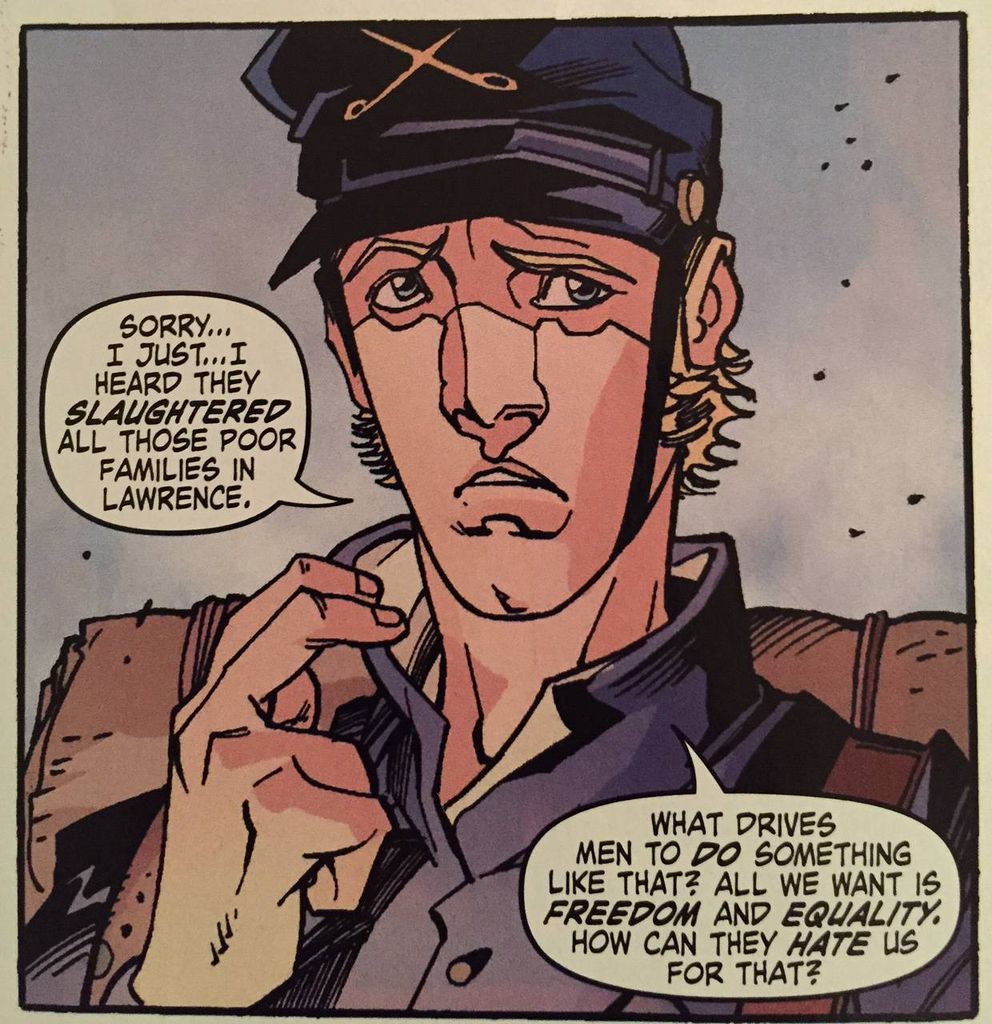 A few weeks ago, when wrapping up a round in my favorite used book store, I happened to look down at the rack of floppies near the entrance to the checkout queue. I kept walking, as I usually do, and about six feet away, I stopped, turned around, and went back. I wasn’t sure what I had just seen. What had I just seen?

As it turns out, I had seen this:

I wasn’t sure what the protocol was for pulling it out of the sleeve, and I didn’t care. I didn’t know what it was, what it was about, or if it was going to be anywhere near good, but I needed it. I NEEDED IT.

What if…Captain America Fought in the Civil War?

No, not that Civil War.

In 2006, Marvel gave us a series of What If comics featuring a new character, Hector Espejo, a hacker known online only as The Watcher. He has the ability to view the records and happenings of alternate versions of our universe. No Multiverses here.

This time, he’s looking at a version in which Corporal Stephen Rogers joined the Jayhawkers in Missouri under the command of Colonel Buck Barnes in 1863. He’s in for a rude awakening, discovering in the worst way that he hasn’t found a group of freedom fighters for the Union. But a bit of medicine magic leads him to become something great, and sets him against the White Skull, who will turn out to be a formidable enemy.

I’m not sure what my feelings are about this one.

On the one hand, I feel like the cover misrepresented the story a little bit. The excitement I felt at what appeared to be an American Indian assuming the role of Captain America in the century before the canonical one was vaguely dimmed when I realized it was going to be the same old story, somehow infused with indigenous culture. The story itself was a good one, but my enjoyment was probably muted by the surprise.

Or maybe it was because I just finished Bury My Heart at Wounded Knee and was feeling a little appropriation rage-y.

But on the whole, I am glad this exists. It’s both fun and meaningful, even if it’s not what I expected or wanted it to be.