Modern fairy tales are popping up all over the YA genre.  There are the retelling of classics, like Marissa Meyer’s Lunar Chronicles, to original tales like Neil Gaiman’s Coraline and Holly Black’s The Darkest Part of the Forest. Fairy tales are a trend that can’t be ignored. With modern tales changing to fit the 21st century, so are the tropes.  Enter the female hero. These girls are not the wallflower women of traditional tales. They aren’t old and evil or in need of saving. These girls find themselves fighting for their planets or parents or towns and don’t wait for someone else to find the solution for them. They build robots, make schemes to save themselves, and slay monsters. These tales make girls integral players in the outcome of the story, not merely prizes to be won. Also, like today’s YA reader, these girls also have internal battles in addition to magical ones. They struggle with identity, feeling loved, and keeping secrets. 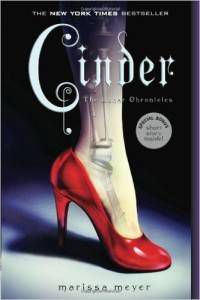 Part-cyborg part-alien Cinder, from Marissa Meyer’s book of the same name, starts a rebellion. Cinder, based loosely on Cinderella, lives with her cruel stepmother is the sole bread winner, working as a repair mechanic. She’s self-taught and builds herself a best friend. Even though she’s an outcast from society because she is part cyborg, after suffering a terrible accident she finds her worth in more than her body’s limitations and stigmas. When the moon queen tries to create an alliance between Earth and Luna by forcing the prince to marry her, Cinder stops the proceedings and starts a counter-insurgent launch to save the planet. She freakin’ builds a revolution with one biological hand and one cyborg one. 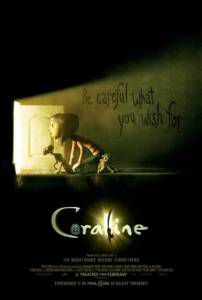 Next, Coraline (from Neil Gaiman’s Coraline) finds a dark parallel universe through a small door in her new house where everything seems better than her current world. She traverses between these worlds without fear. After trying to tell her actual parents about the door, she revisits her other mother and other father and thinks about staying. The attention she doesn’t feel she’s getting but that she deserves in her world, she can find in the parallel one. However, right when Coraline thinks she has made a decision, the other mother kidnaps her real parents. Coraline has to figure out how to save them. She does it with her own cunning, bravery, and new found understanding of the difference between love and attention. Not only does she save her own family, but rescues three children trapped on the other side of the door as well. Remarkable Coraline’s ability to understand true love helps her to conquer the other mother, even after other mother’s hand follows Coraline into the real world, completely on her own. Coraline’s tenacity keeps her family together and her renegade status on lock. 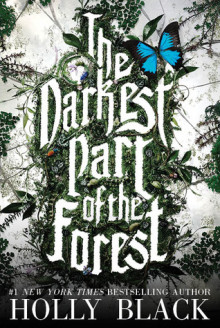 Finally, Hazel from Holly Black’s The Darkest Part of the Forest sleighs monsters, frees princes, and solves riddles to save her town. Fairfold has always been a peculiar place, but the locals never had anything to worry about until recently. People go missing, sleeping horned boys wake up, and tree monsters invade the school, putting dozens into a magical sleep state. When Hazel remembers her childhood games of being a knight, she summons her courage and decides to do what she can to save Fairfold. This decision means that she has to face dark secrets she’s been hiding from her family and herself for years. Fearlessly, she faces faeries, evil kings, and her own insecurities for the greater good. Save Fairfold she does, by being a badass warrior.