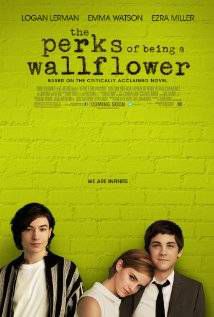 THOUGHTS ON THE CASTING: 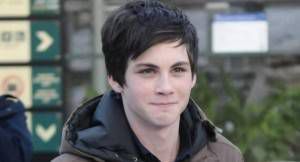 Logan Lerman, who plays the eponymous wallflower Charlie is A VERY GOOD ACTOR. Thoughtful, observant, sensitive- Lerman has these Charlie qualities in spades. At the same time, Lerman is so handsome and confident and at ease with himself. I never quite believed him as the wallflower.

(If I had my casting druthers, I would have slated Josh Hutcherson for the role. He has that fragile, almost-broken, bird that just fell out of its nest quality I was looking for in Lerman. Unfortunately, Hutcherson was busy at the time of shooting running away from tracker jackers and muttations. HUNGER GAMES JOKES, YOU GUYS!)

The missteps in adapting the character lay as much with the writing as with the performance. For example, in the homecoming dance scene fifteen minutes into the film, it takes him all of five seconds to get onto the dance floor and get down with new friends Sam (Emma Watson, in her first post-Potter role) and Patrick (Ezra Miller,who, between this and We Need to Talk About Kevin, is rock and rolling his book-to-film adaptations). It should not take the wallflower five seconds to get onto the dance floor fifteen minutes into the film if your movie is called The Perks of Being a Wallflower.

I understand that Stephen Chbosky (author of the novel, writer/director of the film) needed to reinvent Charlie as a more active character in adapting the story for film, because we can’t have ninety minutes of straight voiceover where we’re trapped behind Charlie’s eyeballs. We need to see a character in film making bold choices for himself, otherwise we are on the floor of the movie theater sleeping on top of spilled soda and popcorn. Still, I wanted a slower build and more of an arc from wallflower to almost-normal kid rocking the dance floor. Whatever, I’ll go re-read the book. This will be my answer every time I have a problem with this film. 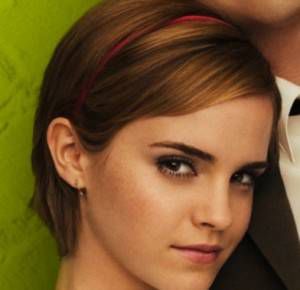 Emma Watson as Sam is, as expected, just the loveliest. She struggles hard with her American accent, though. I think in editing they picked some takes more for her emotional honesty than for how well she could say “Olive Garden” or “Rocky Horror Picture Show” like a real American person. I’ll go re-read the book, where Sam always says American words with the right vowel sounds.

Mae Whitman WORKS the role of Charlie’s bossy first girlfriend Mary Elizabeth. She takes second place behind Ezra Miller in the “You Took This Role And Played it Perfectly While Also Completely Making it Your Own, How Did You Do That, Are You an Acting Wizard?” awards. Nina Dobrev turns the non-role of Charlie’s sister Candace into almost-a-role. Kate Walsh and Dylan McDermott as Charlie’s parents don’t have as much luck with their non-roles, but they have the non-est roles there ever were, they never stood a chance, I’m really not sure why they bothered casting names for these parts, they could’ve made do with, like, the prop guy and the make-up girl, that is how small these roles were.

THOUGHTS ON THE WRITING/DIRECTING:

Stephen Chbosky, you’re on deck now. I actually think the directing edged out the screenwriting in this adaptation. Chbosky, because you did both, you still get credit, you lucky adaptor you. The visual storytelling in this film is outstanding- always clever, thoughtful, and full of yes-that-is-exactly-what-adolescence-is-like moments and details. You can also tell Chbosky had a kick-ass rapport with his cast. The kids really do turn in pitch-perfect performances.

As for the writing, I was mostly on board with the script. And if I wasn’t ALWAYS, ALWAYS, ALWAYS comparing it to the novel, I know I would have been almost entirely on board. My bias is that this was one of my FAVORITE books growing up, and I think I share this bias with a lot of audience members who began adolescence in the late 90’s/early 00’s. Reviewers have biases, life’s not fair, we all need to get over it.

The novel is epistolary–Charlie’s letters to a friend he has never met–and large chunks of the prose were lifted from the novel and inserted into the voice-over. Normally I’m the one waving crosses and garlic and holy water at voice-over in film, but I thought the narration was engagingly and effectively handled, tying scenes together and moving the story along at an even clip.

Where things got wonky was when Chbosky tried to transfer some of Charlie’s thoughts from the book into actual dialogue. There’s a part where the line from the book about Sam having “…very, very pretty green eyes. The kind of green that doesn’t make a big deal about itself.” That didn’t survive the transition into dialogue very well. At all. 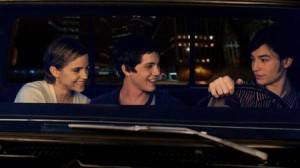 SCENES THAT WERE JUST AS AWESOMELY MAGICAL IN THE MOVIE AS THEY WERE IN THE BOOK– The “I Feel Infinite” car scene, all the scenes between Charlie and his English teacher Mr. Anderson, the Secret Santa scene where Charlie gets a suit, the scene after where Charlie gets a typewriter/his first kiss.

SCENE THAT JUST FELL APART IN THE ADAPTATION- The Aunt Helen revelation– there’s a lot of intercutting with other scenes, it’s kind of messy and overstuffed, and just didn’t hit the way it did in the book.

MOST MISSED SCENE IN FILM ADAPTATION: When Charlie answers the question, “What is your favorite book?” with “The last one I read,” and he goes on to explain that his favorite book is always the last one he read. I’m paraphrasing a little and I can’t find the exact quote, but I really missed that moment a lot.