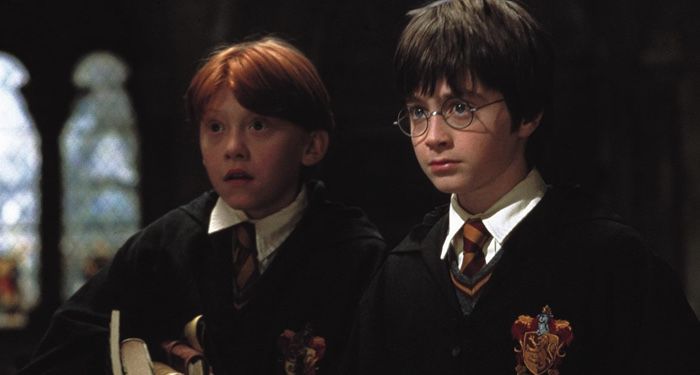 Critical Linking is a daily roundup of the most interesting bookish links from around the web sponsored by our Debbie Macomber prize pack giveaway! Enter here.

“As far as we can recall, at no point did Harry visit his local Chuck E. Cheese and throw a chess party.

Did we miss the chapter where ya boy HP was wizard-napped by NYC subway rats and taken to one of those sewer-dwelling-geniuses we see in movies all the time (lookin’ at you, August Rush … and Ninja Turtles) but never in real life?

And the only way he could win his freedom was to live among them, as one of the rats, working his way up their social ladder via their chosen method of battle, chess? Until finally he can chess-battle the boss rat and return to Hogwarts?

I cackled at the “Chuck E. Cheese.” The accuracy!

“Airbnb is stepping up its digital game for World Book Day, which is coming up on April 23, with a set of literary-inspired Online Experiences. There’s something for everyone, no matter where your literary tastes lie; experiences range from a cocktail-making class to a drag queen singalong to a children’s crafts party, from hosts based all around the world.”

Some are even complimentary!

“Many of the books on the list are geared toward children, such as the children’s picture book ‘Prince & Knight,’ by Daniel Haack, a fairytale story about a gay prince and knight who get married. The book is ‘absolutely age appropriate’ for young people, Stone said, but was reported simply because it depicted a same-sex relationship.

‘We do this list every year to raise awareness about censorship as a way of saying we need to always be vigilante as we celebrate our freedom to read,’ Stone added.”