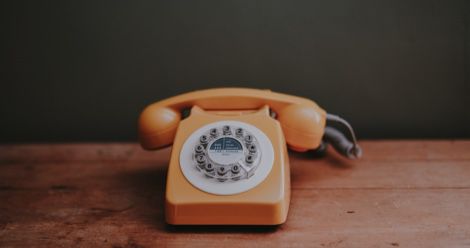 It may be news to you that the Toronto Public Library has a dedicated “Dial-A-Story” line that you can call at any time to hear stories in any one of 16 different languages: English, French, Cantonese, Gujarati, Italian, Korean, Mandarin, Persian, Polish, Portuguese, Russian, Somali, Spanish, Tamil, Tagalog and Urdu.

This is the best idea. Give it a try!

Clearly, as Naipaul’s irritated letter below shows, something went wrong. Upon receiving the copy-edited text, he writes, he was obliged to restore the original from memory. Naipaul assures Knopf’s editor-in-chief Sonny Mehta that he understands the English language and its history very well, and knows that, unlike French, it has no “court rules,” and can be bent any number of ways without breaking. He implies it is the job of every “serious or dedicated” writer in English to use the language as they see fit, and the job of an editor to mostly get out of the way.

Yikes. This angry letter from V.S. Naipaul, in regards to A Turn in the South edits, must be the stuff of every copy editor’s nightmares.

Below are seven comps between some of the best 2000’s rom-com films and the books you should most definitely read to keep the feels going. Whether they’ve got the same plots, characters that would totally be best friends because they’re just so similar, or will just offer you the same sort of romantic vibes, these are the novels you need to add to your end of summer TBR immediately.