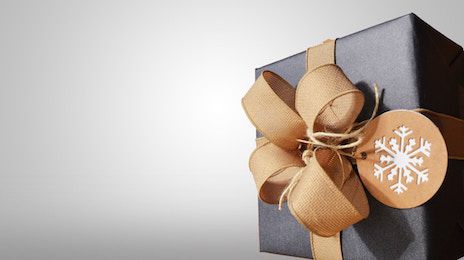 This holiday season, I had to do the unthinkable.

I asked family and friends to NOT gift me any new books.

It was sort of a last-minute decision, brought on by my New Year’s Resolution to no longer bring new books into the house until I’ve finished all of the ones I already own. The goal is to tame the pile so I can actually read new books when I get them, as opposed to titles lingering on the shelves for years in favor of books I’ve hoarded for even longer.

Of course, like all New Year’s Resolutions, that’s easier said than done.

First there was Book Expo, where I could have filled a reasonably-sized suitcase with all of the new books I brought home. Then there was the matter of the pop-up shop in the park near my apartment celebrating Banned Books Week. They were giving away free new copies of books that have been banned.

I mean, free books – you can’t say no to FREE books.

Now there’s the library book that my wife loved and suggested I read because she thinks I’ll love it too. But that doesn’t technically count because it can’t stay.

That’s not to mention all of the poor homeless books left out on the front stoops of my neighborhood, just begging to be picked up and brought to a forever home. Brooklyn continues to be a free book wonderland. Seriously – if you wait long enough, eventually the book you’ve been waiting to read will turn up.

Turns out, it’s actually really, really hard not to pick up new books, one way or another, throughout the course of the year.

But that’s it! I’m done. This year, anyway. It’s taken discipline, but I’ve actually done really well. As much as it will hurt to not see a newly wrapped book under the tree this year, I have to stay strong. I even wrote on my family gift spreadsheets (yes, we have those, and they’re a game changer) that, as shocking as it is, my request to please refrain from gifting books.

Maybe that’s too much of a Grinch move. I can usually count on my in-laws to gift me a few books each year since many of them are writers or editors themselves. And I certainly don’t want anyone to cause anyone more gift-giving stress than there already is.

The season should be about giving and receiving gratefully, so obviously if I do get a book or two, I’m not going to, like, throw a fit or anything. I’ll probably really love it, and on the TBR pile it will go.

And I’ll look forward to reading it, too – just as soon as I finish all of the books I got last Christmas.